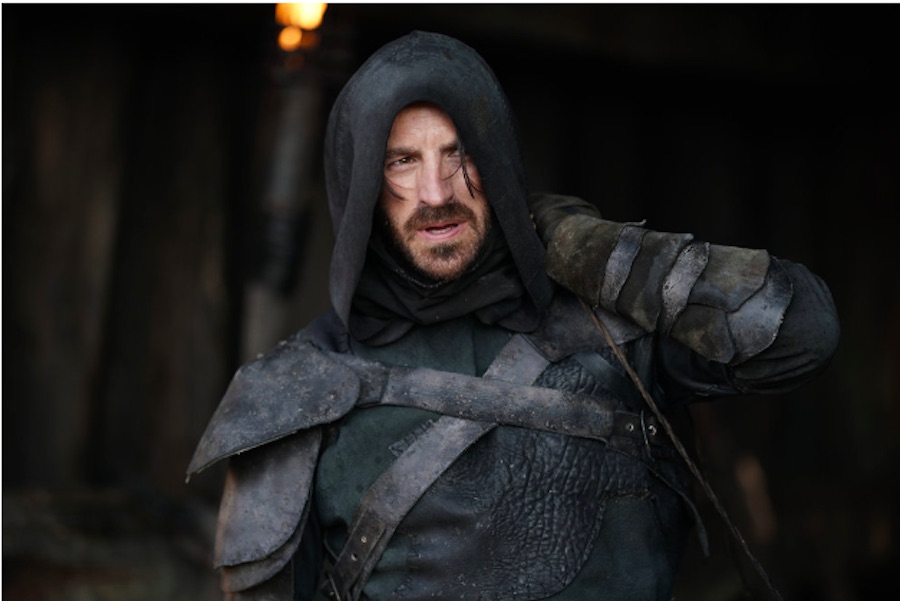 NBC’s time travel show ‘La Brea’ picks up pace in its second season, expanding the world in 10,000 BC, while connecting this timeline with the events happening in 1988. A few mysteries are answered for the audience, but these answers also pave the path for further questions that push the narrative forward. The relationships between the characters also take a complicated turn, especially when it comes to love triangles. By the end of the fifth episode, we find Gavin and his family on the brink of entering new territory. Here’s what the events in this episode might mean for their future. SPOILERS AHEAD

With Aldridge gone, Gavin, Sam, and the others decide to take matters into their own hands. The plan was to break into Lazarus and use Silas’s key card to access the portal to 1988. For this, they needed to hijack a coal shipment from the Exiles. With the help of the map that Silas had given him just before he stranded him, Gavin formulates a plan with Sam, Eve, and Levi. But a lot has changed since they last escaped the Exiles, which means that all of them will have to improvise things for them to make it to the Lazarus.

Gavin, Sam, Eve, and Izzy decide to hijack a coal cart, while Levi, Scott, and Lucas assume the responsibility of freeing the prisoners, who are now being transported to a different place. It looks like the Exiles are closing the coal mines and moving to a different location, which, Levi notices, looks like Paara’s village. While he rushes to the village to warn them of the danger, Scott and Lucas find a way to stop the Exiles in their tracks.

Sam, Eve, Izzy, and Gavin find themselves inside the caves when they fall into a trap laid out by the Exiles. While they find a way to escape and get a hold of a coal cart, Gavin, Eve, and Izzy are forced to confront the new dynamics in their family. Gavin implores that no matter how things look, they need to focus on getting Josh back. While both Izzy and Gavin are hopeful that they might end up as a family again, Eve struggles with her feelings toward Levi.

In 1988, Josh and Riley team up with Caroline Clark, who is revealed to be Isaiah’s mother. She reveals that she, Silas, and Aldridge are from the future and they went back to 10,000 BC to find a way to save their world. But their actions led to the sinkholes that are now causing problems in all sorts of timelines. She is in 1988 to find research that can help her regarding time travel and solve the problem of sinkholes and tidal waves.

La Brea Season 2 Episode 5 Ending: Will Gavin and the Others Find the Portal to 1988?

After facing a slight hitch in their plan, Sam, Gavin, Eve, and Lizzy leave the caves with a coal cart. However, the Exiles soon figure out what they have done and chase after them. Meanwhile, Scott and Lucas figure out that the Exiles are going to take the prisoners across the river. Without a boat, they have no way to follow them, so they decide to destroy the boats. Lucas leads away the Exiles while Scott lights the sail on fire. They are almost caught when Paara and her people arrive just in time with Levi and Ty.

The villagers play the deus ex machina for Gavin’s group too, who were otherwise overpowered by Taamet and his soldiers. With the Exiles on the run, Paara and Ty return to the village with the rest of the people in the clearing. Gavin, Eve, Izzy, Levi, Sam, Scott, and Lucas make their way to Lazarus, where the door of the building opens up for them.

Reaching Lazarus was only half the task for Gavin and his group. The real challenge starts now. They have no idea who or what they might find inside the building. We still don’t know what happened when Scott and Aldridge tried to enter the building from a secret passage. From what Scott described to the others, it looks like they were stopped by a fierce creature who could have easily killed them. Considering this, it is fair to assume that there are a lot of other dangers inside Lazarus.

It’ll also be interesting to meet the people who live inside the building and see what they have been up to all this while. The building is also instrumental in finding out more about characters like Silas and Aldridge, who have been cloaked in mystery all this time. There is also a possibility that Gavin and the others might find Silas in Lazarus, considering that it has been some time since he escaped their grasp. Because his intentions are not clear, we don’t know where he stands when it comes to Gavin traveling to 1988.

The last time, he was hell-bent on keeping Isaiah with him. Maybe he has the same feelings for Gavin, and he might stop him from leaving 10,000 BC again. Apart from this, there are a bunch of other things, yet unknown, that can pose a problem for Gavin’s group. It is safe to say that it might be a while before they get to use the portal and reunite with Josh and Riley.