Larry Myers My 600-lb Update: Where is He Today?

The TLC series ‘My 600-lb Life’ features the inspiring experiences of extremely obese people who strive to alter their lives through weight reduction treatments. They often weigh approximately 600 pounds or more; thus, losing that additional weight requires them to go through a difficult process of strict diets and workouts. To achieve this, they seek the assistance of Dr. Younan Nowzaradan, often known as Dr. Now, who gives them stringent food and fitness regimens as well as lifestyle change guidelines.

Since its debut in 2012, the reality show has showcased a number of patients, their issues, and their triumphs. However, due to the procedure’ intricacy, nearly all cast members find that the whole arrangement is undoubtedly easier said than done. Larry Myers, who was part of the show in season 10 episode 13, also had a similar experience. Because of his remarkable journey, fans are still curious to know where he is now. If you’re eager to know about him, too, here’s what we found out!

Larry Myers appeared in season 10 as a 45-year-old gospel artist, weighing 648 pounds, from Albany, New York. He lived with constant shooting pain throughout his body because of his size, which was made challenging by several conditions such as thyroid, asthma, sleep apnea, and most significantly, depression. Such was his condition that he could barely stand straight for more than 4 minutes and needed a cane/walker to move around. Larry acknowledged his strained relationship with food and said, “I eat to comfort myself. When I’m cooking, it’s the only time I’m happy, besides when I’m eating.” 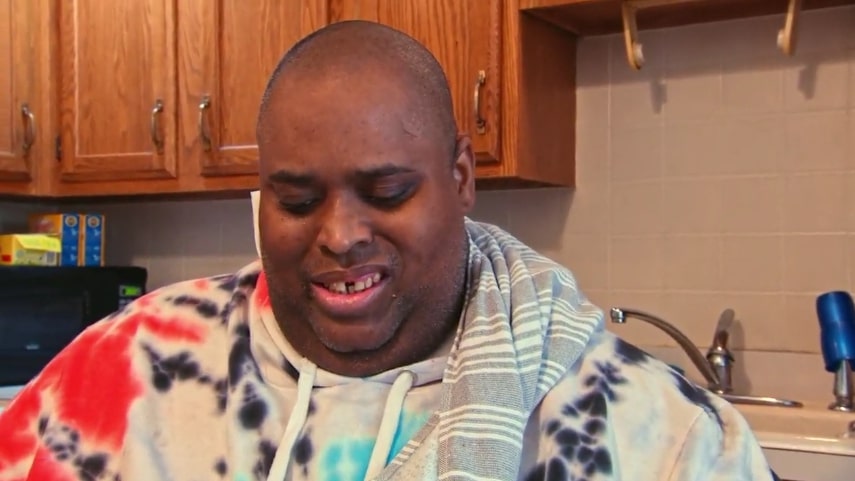 Larry belonged to a loving family but was surrounded by family members who had weight issues. Eating heavy meals cooked by his mother was a regular thing for him which caused him to gain weight early on. This slowly made him feel ashamed since people began ridiculing him for it. That spiraled, even more, when he witnessed the death of his baby nephew, Larry Junior, sending him into depression as a teenager himself. “Little Larry,” who was named after him and his father, was very dear to him and lost his life when his mother, a drug user, accidentally suffocated him with a pillow.

Although Larry had found solace and faith in gospel singing by that point, it couldn’t replace his sorrow. As he continued his journey as a professional artist, he remained addicted to food which only got worse when his family encountered another tragedy. Larry lost his sister and mother within a span of just 8 months, which devastated him to the point where he lapsed into a coma just a week after his mother’s demise. This incident was a turning point in his life because, as he weighed 940 pounds, emergency workers had to carry him in a pickup truck since they couldn’t accommodate him in an ambulance. 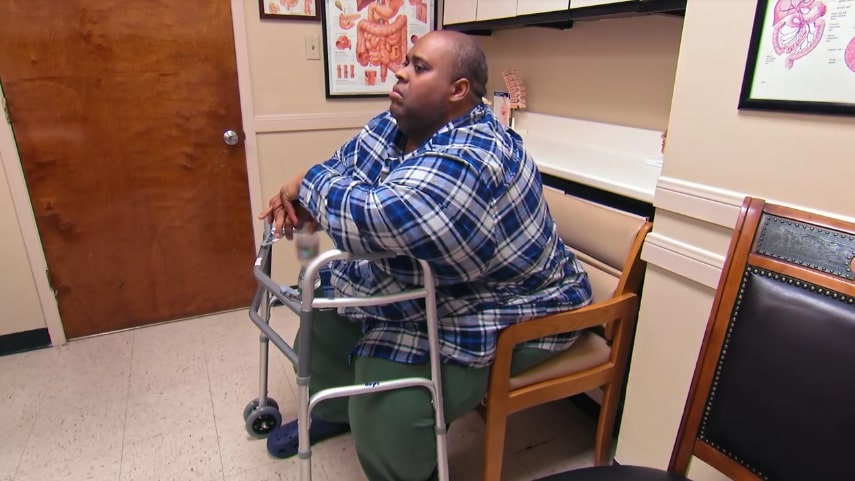 The aforementioned tragedy served as the motivation for Larry to start the battle to save his own life. Larry had a unique journey as this wasn’t the first time that he was going for a weight loss surgery. His 12-day coma period drove him to finally devote 2.5 years to a rehab facility, follow an intense diet and exercises, and undergo weight loss surgery.

By 2015, Larry had lost almost 700 pounds and became so motivated that he also began encouraging others as a motivational speaker and returned to gospel singing. However, sadly after the demise of another sister, Larry fell back into old eating habits and gained up to 648 pounds, rendering him at risk of his own life. Thus, he decided to seek help from Dr. Now to give his weight loss plan another chance.

Where is Larry Myers Today?

Considering that Myers had previously undergone weight loss surgery, Dr. Now first thought it would be more difficult for him to be authorized for the procedure and to avoid relapsing into his old habits. Larry persisted, though, moving to Houston to commit himself fully to the program, and making every effort to lose weight once more. He took some time but ultimately shed 119 pounds by the end of his episode, which made Dr. Now believe and assure him that if he continued on this path, he would be approved for surgery again.

Fortunately, Larry Myers came through with his efforts and lost more weight, which means he went through his second gastric bypass surgery. He frequently updates his followers about his weight loss journey, healthy eating practices, and new career ventures. Larry chooses a transparent way to show all the healthy meals he opts for, the liquid diet he adopted for a few months after his surgery, and his overall journey. He is well appreciative of Dr. Now for his straightforward approach and is also grateful to his faith for his transformation.

Larry has capitalized on his popularity by reviving his music career and using it as a platform to try new ideas. He goes by the stage name “Buttermilk Biscuits,” which he picked after becoming famous for singing the phrase while eating the biscuits from a well-known restaurant. He also proudly shares videos where people mimic the tune on various social media platforms. He resumed his stint as a motivational speaker and started a new online show titled ‘Mr. Buttermilk Biscuit Show.’

Additionally, Larry made various merchandise on the same phrase, appeared on the ‘Rickey Smiley Morning Show,’ and released a new song honoring his faith called “Lord I Thank You.” Thus, Larry Myers seems to be doing really well in revamping his life. Therefore, we wish him the best in his journey ahead.