Last Chance U Season 3 and 4 Cast Members: Where Are They Now? 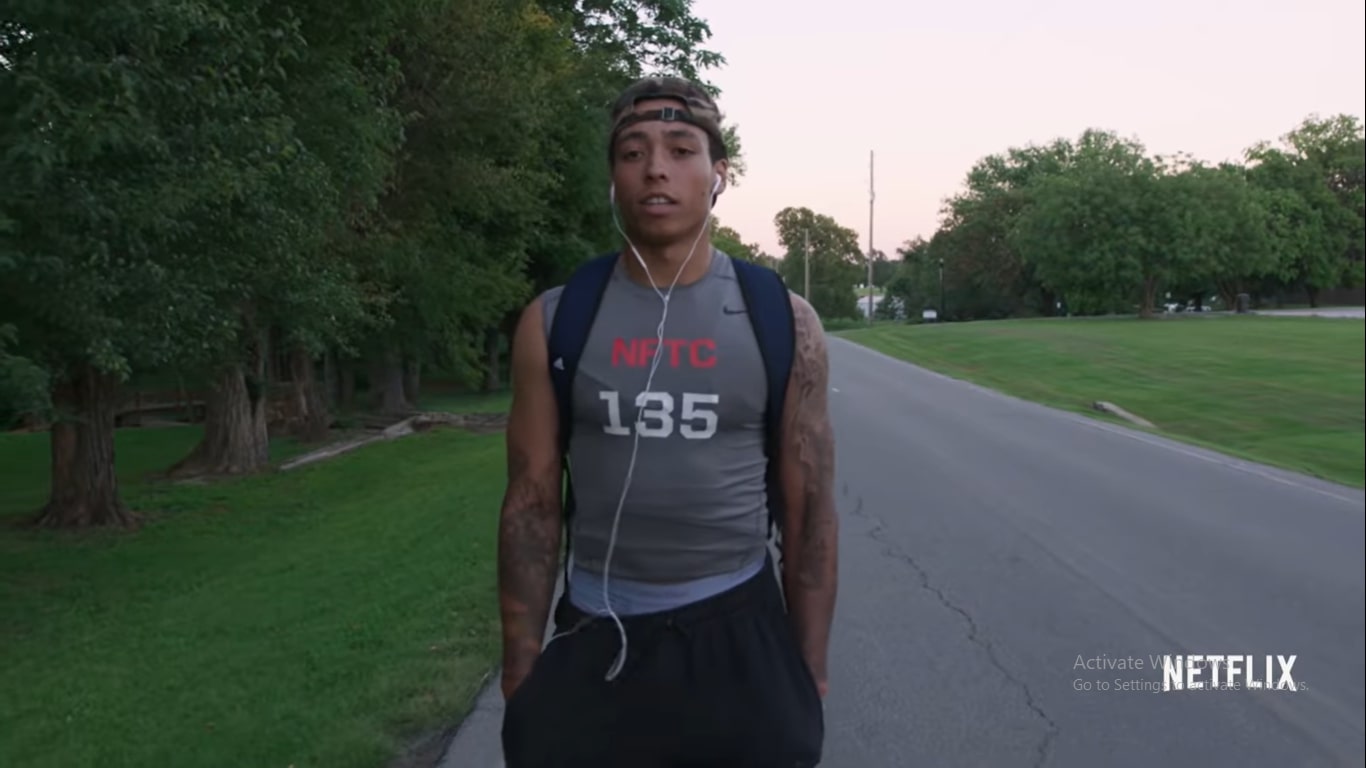 ‘Last Chance U‘ is an American documentary web television series that is produced and premiered by Netflix. It focuses on all aspects of the JUCO football programs in the country; programs that don’t get much attention and are otherwise not nationally known. A major theme throughout the series is the academic struggles of the players – some of whom have come from severely disadvantaged backgrounds. However, since it is set against an overall redemption and coming-of-age theme it is just as heartwarming as it is engrossing.

Before Season 5 of the hit series delved into the world of Laney College in Oakland, California, it focused on the young men at Independence Community College in Kansas, in Season 3 and 4, who played under the leadership of Coach Jason Brown. So, if you are curious to know more about where some of these individuals are now, then you’ve come to the right place. Let’s find out, shall we?

Where Is Coach Jason Brown Now?

Coach Jason Brown, the famed hot tub-loving, trash-talking head coach for the Independence Community College, no longer works there. In season 4 itself, we saw him getting sacked for allegedly sending offensive text messages to a German player on his team. But, a lot has happened since then. He was charged with eight felonies last year for stealing the identity of a lawyer from the Cochran Law Firm in an attempt to silence local newspapers. His charges include four counts of blackmail, four counts of identity theft, along with two counts of criminal false communication, which are misdemeanors. But, no worries, Coach Brown’s internet presence, his podcast, and public interviews more than make up for his absence at the head coach.

Where is Rakeem Boyd Now?

Rakeem Boyd attended Stratford High School in Houston, Texas where he initially started playing football. During his career there, the Running Back rushed for 6,436 yards and 80 touchdowns, which led him to gain a commitment from Texas A&M University to play college football. However, after just a year there, he transferred out and started at Independence Community College. In his one season at ICC, his success enabled him to successfully transfer out to the University of Arkansas. During his first year at Arkansas, in 2018, Rakeem Boyd played in all 12 games and started the final eight. As a junior in 2019, he started all 12 games, rushing for 1,133 yards on 184 carries and eight touchdowns. The Running Back senior is still thriving in Arkansas.

Where is Carlos Thompson Now?

Infamously, Carlos Thompson is one of those ‘Last Chance U’ on-again-off-again players who has arguments with the coach one week and is ripping touchdowns the next. But, it seems like the Wide Receiver has genuinely changed for the better. He stepped up to lead the Pirates at the end of Season Three and has continued to keep that positive attitude. Because his five years of Division I eligibility was up (he played for Texas Tech in 2013), Carlos was unsuitable to receive an offer from that level of play. Therefore, he signed with a Division II program, Missouri Western State, where he spent 2018. But, in 2019, it was reported that he would forgo his senior year to prepare for the NFL draft. Unfortunately, he went undrafted and remains unsigned. Carlos currently lists himself as an NFL free agent on his Twitter account.

Where is Malik Henry Now?

Malik Henry’s play as a quarterback in high school got him committed to playing college football at Florida State University. However, even though he was skilled, his clashes with the coaching staff there led him to transfer to Independence Community College. Henry and the ICC coach, Jason Brown, also got into several disputes during the 2017 season, but in the end, he finished with roughly 1,300 passing yards and 10 touchdowns. Despite fulfilling his junior college requirements, Henry never picked up an offer, and thus, returned to ICC in 2018, playing in only two games and completing 19 of 43 passes for 247 yards, a touchdown, and three interceptions. He transferred to Nevada as a walk-on in January 2019 but left after just one season. Now, he is on the move again and it seems like he is yet to find another school to play for.

Where is Jermaine Johnson Now?

Jermaine Johnson, a defensive line player, was the highest-rated prospect that was a part of ‘Last Chance U,’ ranked as the #1 JUCO prospect, as per 247Sports. He started at Independence Community College and quickly rose up in the eyes of every coach, landing offers from some of the top programs in the country, including Oregon, Miami, Oklahoma, Texas, and USC. Ultimately though, Jermaine headed to Athens to play at the University of Georgia, as he chose the Bulldogs over everyone else. “There was no other place like it,” he told 247Sports. “The moment I stepped on campus I knew. They treated me like family. They treated my family like family. There are no other coaches like them. It makes you want to go play for them and put your heart on the line for them.” And so, he is still there.

Where is Kailon Davis Now?

From his research paper to battling concussions, Kailon Davis, or “KD” became a fan favorite in Season 4. In fact, thanks to his endless wise-cracking during a season where there wasn’t much to laugh about, he became an all-time ‘Last Chance U’ lovable personality. And, the good news is, he is still playing. The 6’4″ 240 lbs defensive end player transferred out from Independence Community College to Arkansas State University to play for the Red Wolves Football Team. In the 2019 season, he played nine games and racked up five solo tackles which enabled him to be a part of the official 2020 roster as well. But, unfortunately, because of the global pandemic, the season was postponed. Therefore, we’ll just have to wait and see what Kailon does next.