School sports is the place where future legends are born and bred. Most of the sporting icons in America have all started their careers playing for their school teams, and with the competitive spirit that is generated from school or college rivalries, they take the lessons for their future encounters in the cutthroat professional sphere. One of America’s most prominent colleges which has a rigorous program for upcoming footballers is the famed East Mississippi Community College. Being a community college, some of its students come from modest backgrounds and have several other challenges they have to deal with in their lives every single day. Despite these challenges, their head coach Buddy Stephens puts them under intense pressure to deliver the college with outstanding players who can deliver it for them at the junior college (JUCO) level.

To capture the intensity of training that Stephens subjects his students to, Netflix decided to make a documentary series on the footballers of East Mississippi Community College. And thus was born ‘Last Chance U‘. In the first season of the series, we follow the EMCC team’s performance which received a sudden jolt after they were disqualified owing to a brawl that broke out during a match. While the second season follows their exploits as well, Season 3 shifted its attention from EMCC to the Independence Community College in Kansas. The importance of the series lies in the fact that it has been made about players who do not receive much media coverage. Most of their work is done without the average people getting to know about their struggles and hardships. And this is where Netflix manages to champion their cause. So, without further ado, here is the list of best TV series similar to ‘Last Chance U’ that are our recommendations. You can watch several of these TV shows like ‘Last Chance U’ on Netflix, Hulu or Amazon Prime. 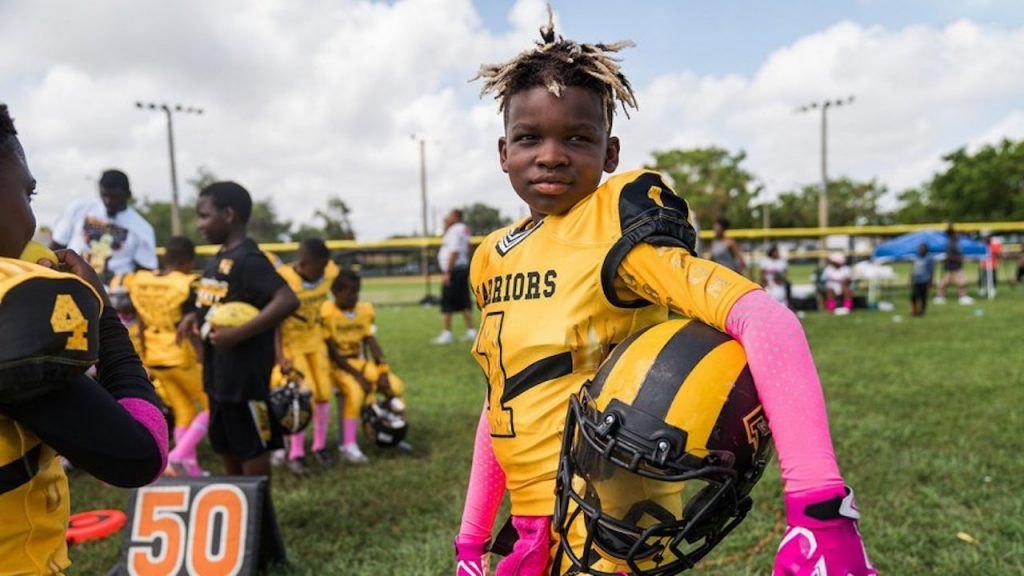 Treading a similar path as ‘Last Chance U’, ‘Warriors of Liberty City‘ is also a documentary series tells the story of a team which is hardly popular due to lack of proper media coverage. The team documented in this series comprises of kids who are slowly learning the ropes of the game and preparing themselves for a career in sports. The leader of the influential hip-hop act 2 Live Crew, Luther Campbell, has done a very important job of training kids from a very young age so that they do not end up on the wrong side of the law in the crime-ridden neighborhoods of Miami, Florida.

The Liberty City Warriors, as the team is called, has been steadily supplying the NFL with some jaw-dropping talents over the years. This docuseries focuses on how these children are nurtured from a very young age to channel their passion and aggression in sports. The series reveals to us in very stark terms the amount of possibility that is present in each one of us. Many talents simply fade away into oblivion because of a lack of proper guidance. Instead, they end up choosing a path which takes them behind prison cells. ‘Warriors Of Liberty City’ managed to receive widespread critical acclaim for the original portrayal of the wannabe sportspersons and the circumstances they battle with. It cannot be denied that this media coverage serves as a huge motivation for these kids. 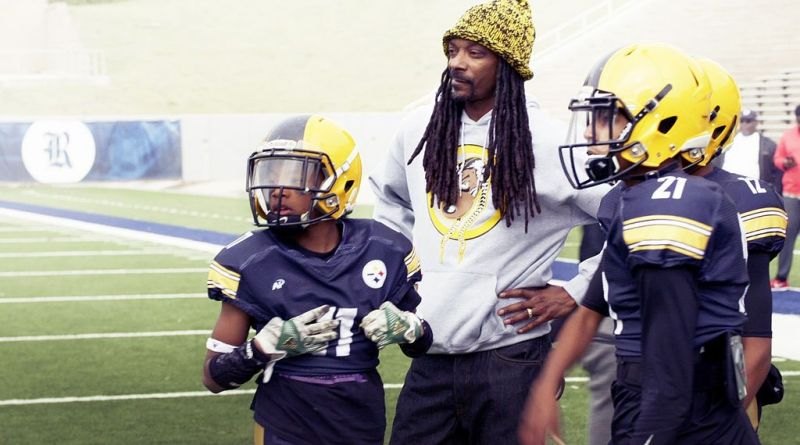 Snoop Dogg is among the most famous musicians in the world. Some of his early rap albums are considered classics of the genre, and their influence on the music of other artists can be felt to this day. In his long and illustrious career, the “Doggfather” has created himself into a global brand worth millions. Using his popularity, the rap icon has decided to venture into the world of sports by creating his own football league and team, naming them Snoop Youth Football League and Snoop Steelers respectively.

The team and four of its players are the focus of ‘Coach Snoop‘ from AOL Originals and the rapper’s production company, Snoopadelic Films. Maximus ‘Max’ Gibbs, Jaylin ‘J-Roc’ Smith, Sammy ‘Shady’ Green and Aaron ‘Tupac’ Ulloa are the players in focus in the series where we manage to get a peek into their lives to see how they have lived their whole lives in harsh conditions, both in their neighborhood and their homes. Snoop believes the league can divert kids from the world of crime to the realm of academics and football. However, the league has not been without its detractors. Many complained that the rapper’s league is where sponsors are now pumping money in, with other Southern California leagues, which have been there for a long time, suffering greatly because of the same. 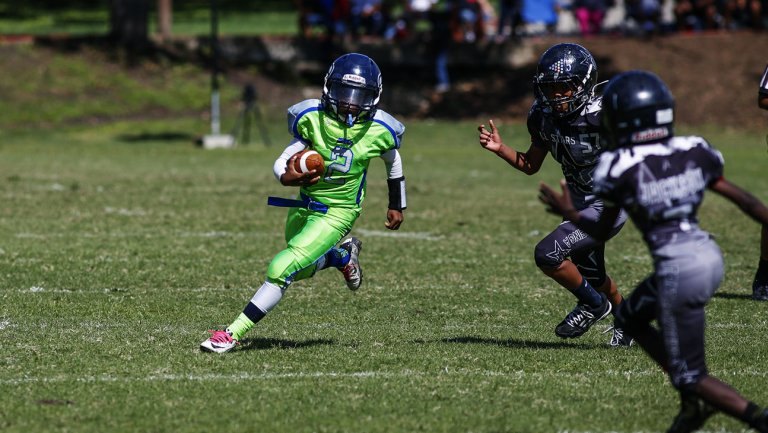 The erstwhile Esquire Network’s production, ‘Friday Night Tykes‘ is a documentary series which focuses on how youth football teams are trained for their future endeavors in the Lone Star State of Texas. We get to follow the teams of Texas Youth Football Association where players as young as eight are trained extensively. Among the independent American football leagues, TYFA is one of the largest. Thus, being a part of the league comes with enormous pressure and scrutiny. The players have to bear with the same and also not let their life on the field affect their lives off it.

Through the course of ‘Friday Night Tykes’, we also get to realize that life for these youngsters is further complicated by the adults who are involved in the league. These adults get into dirty fights, use language inappropriate for children, and are far more aggressive than what is required. Some viewers even complained that what the coaches subject these children to can easily be labeled as child abuse. However, that has not done much to diminish the popularity of the series to any extent. ‘Friday Night Tykes’ had to move to the USA Network after the Esquire Network stopped operations in June 2017. 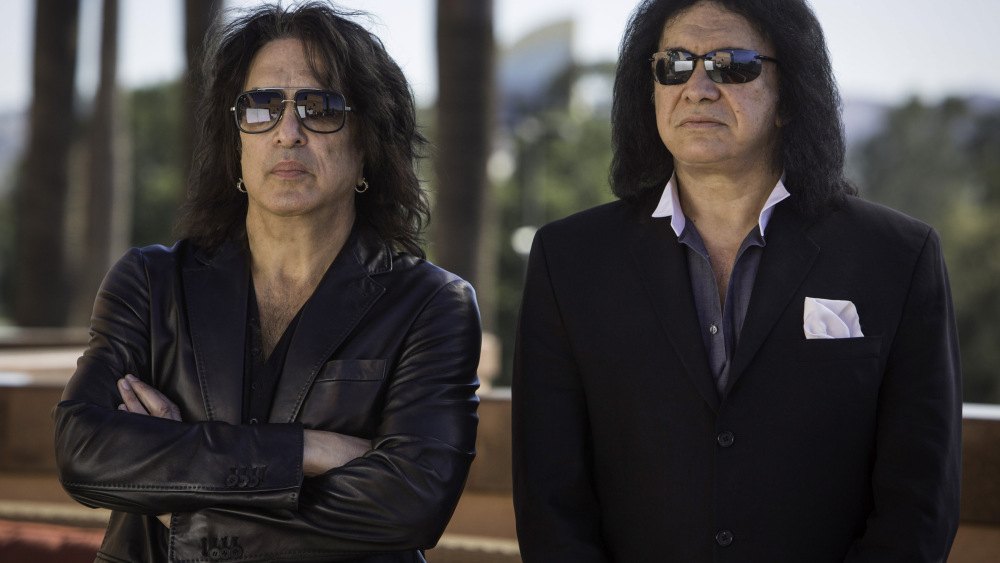 Fans of rock music are quite familiar with the names Gene Simmons and Paul Stanley. The two are members of the legendary hard rock band ‘Kiss’ which catapulted to super-stardom in the late ’70s. ‘Kiss’ was the first band which started selling merchandise of themselves extensively, and made their group into a huge profit-churning enterprise. It is said that it was Simmons’ entrepreneurial acumen which helped the band break new grounds in terms of popularity. It is with this acumen of his that Simmons and lead singer of the band Paul Stanley decided to establish a football team which they later named the Los Angeles Kiss. Their team competes in the new Arena Football League. This AMC series follows these legends as they go about establishing the team, and once the faction is set up and ready to move forward, we follow them in their first season in action. Despite the pilot episode drawing critical acclaim, the popularity of the series later dwindled and AMC canceled it after the first season wrap-up. 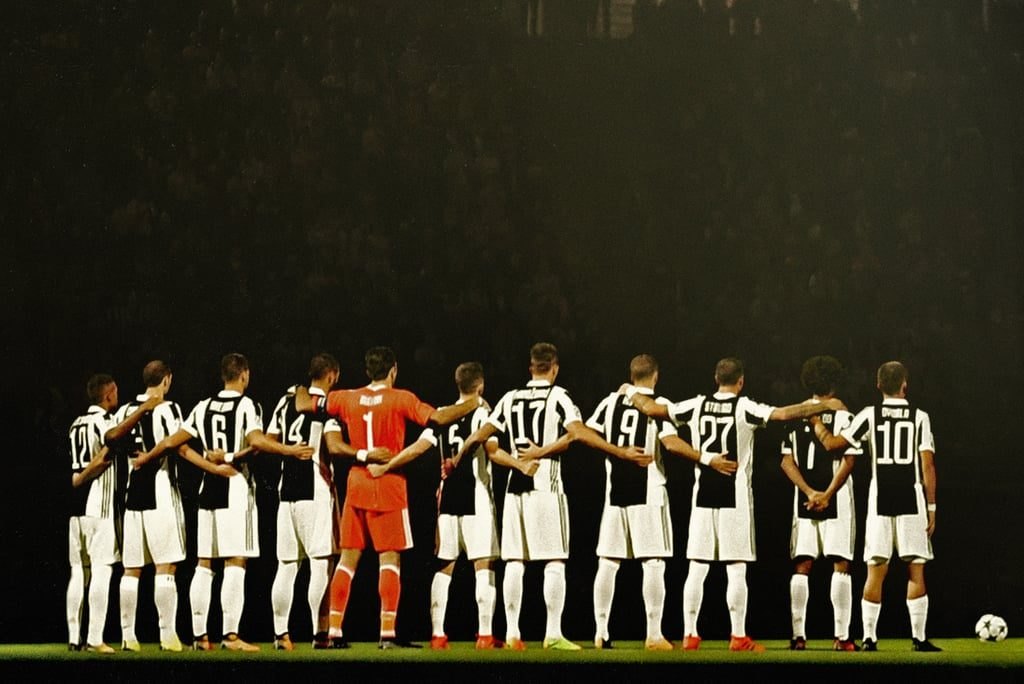 After concentrating on football leagues and teams, let us now take a look at a series which focuses on the game known as football all over the world except North America. Juventus is one of the biggest soccer clubs in the entire world. Their matches are followed by millions, and with the recent inclusion of megastar Cristiano Ronaldo in their team, Juventus’ followers have only boosted in numbers. However, the docuseries in question focuses on the 2017-18 season of the Italian club as they pick up their seventh league title on a trot. We get to find ourselves in the middle of some of their most important matches of the season. The high pressure the players always  live with is also discussed in the series along with the farewell of one of their legends, Gianluigi Buffon. This series can be a great place to start for people who have always wanted to know more about the game of soccer and its impact throughout the world.