Is The Last Full Measure Based on a True Story? 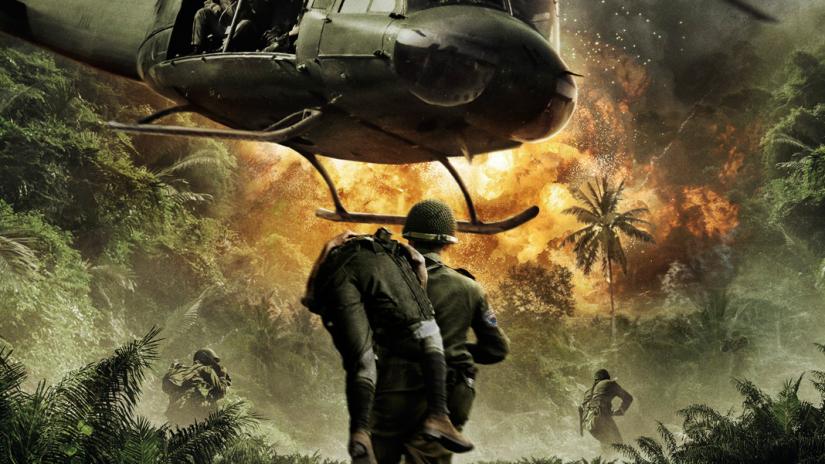 ‘The Last Full Measure,’ directed by Todd Robinson, is a war drama that highlights the heroism of an Air Force Airman named William Pitsenbarger and years later, a conflicted struggle to earn him his posthumously deserved Medal of Honour. The film split between these two timelines offers its viewers a mix of incomparable bravery and the politics that prevents the validation of such an honor.

The film’s mission to justice begins when a Pentagon investigator, Scott Huffman (Sebastian Stan), makes an entry to investigate the claims of soldiers who served at the front for the Vietnam War with their stories of Pitsenbarger that is also etched with the trauma of their own experiences.

Is The Last Full Measure Based on a True Story?

Yes, ‘The Last Full Measure’ is based on William Pitsenbarger and his commitment toward his comrades in the Vietnam War. The film, which is a dramatic take on the real events, follows up on the contribution Pitsenbarger made putting his life on the line. The Vietnam War was a long drawn conflict between North and South Vietnam, aided by the US as an ally to the South. The bloody battle cost 3 million people their lives. The tensions that led to the war had much to do with the Cold War that was prevalent then, its proponents being the Soviet Union and the US.

The war had caused heavy tension among the American citizens as many opposed and criticized the leaders for going to war. The war that began in 1954 saw an end only years later. The US withdrew its troops in 1973 under the orders of President Richard Nixon. As a result, South Vietnam was won over by Communist forces. In 1975, the country was reborn as the Socialist Republic of Vietnam. In this long drawn out war, many US soldiers lost their lives as well. Many who survived were shaken due to the trauma war can impinge on its survivors. War veterans struggle to cope with social life after seeing certain things normal people are not subjected to. Having to take lives, losing loved ones in front of your eyes, being incapable of helping out can leave invisible scars that last a lifetime. In such a scenario, Pitsenbarger was known to put his life at stake so that he could tend to those who were being closed in by the enemy troops.

Who Is William Pitsenbarger?

William H. Pitsenbarger grew up in Ohio, in Dayton. In junior high itself, he tried to enlist himself into the army. However, his parents had refused to let him do so. In any case, once he graduated from high school, he was on a train for basic training in San Antonio. During the course of his training, he covered many grounds with successful training in survival school, medical course, parachute school, jungle survival school, and scuba diving from the US Navy. In addition, Air Force rescue and eventually came out a qualified Airman. He was soon assigned to the Rescue Squadron.

He served quite well in the rescue division, however, his servitude is deemed the most valuable for his service on April 11, 1966, where he cast himself aside to help several injured men to safety. That day, the Air Force had sent two choppers to get the wounded soldiers out for treatment. The choppers had done one round of rescue and had come back for another. Pitsenbarger, who was in one of the helicopters, understood that their soldiers on the ground were losing to keep their guard as many soldiers were wounded. He knew that if this continued, they would all be wiped out. Against all the odds, he landed in the jungle to help out as much as he could.

Even under pellets of machine-gun fire, he managed to send up nine soldiers to the chopper, waving away his own extraction several times. Later, in the center of the open fire, he seized ammunition from the dead soldiers and gave it to his comrades who needed them. He remained on the ground, tending to those who were wounded. He is even believed to have given out his own pistol to a wounded soldier who had lost all means to defend himself. However, caught in the midst of heavy firing, Pitsenbarger, was shot to death.

Months later, in 1966, William Pitsenbarger’s parents received the Air Force Cross. He was the first enlisted Airman to receive this award for serving in the Vietnam War. However, the survivors from the war, especially those who had been helped by Pitsenbarger, refused to stop there. They campaigned for years so that everyone would understand his immeasurable service and gallantry in battle. As a result, he was finally awarded the Medal of Honour posthumously in 2000.

The film, which is a dramatic representation of the real events, tries to point out how the heads of the Air Force tried to downplay someone’s sacrifice just because there wasn’t enough documentation, which in itself was a dicey claim. This was indeed one of the reasons why Pitsenbarger was not presented with the Medal of Honour much earlier than he should have been. The tight-lipped tendency of authorities to call for action but not validate the sacrifice is, in many ways, a call to ignorance and hypocrisy of the justice system. The film, in this manner, not only calls attention to William Pitsenbarger and his notable contribution but also points fingers at the lack of appreciation for the lost and living soldiers of the country’s past calls for action.

Read More: The True Story Behind the Longest War