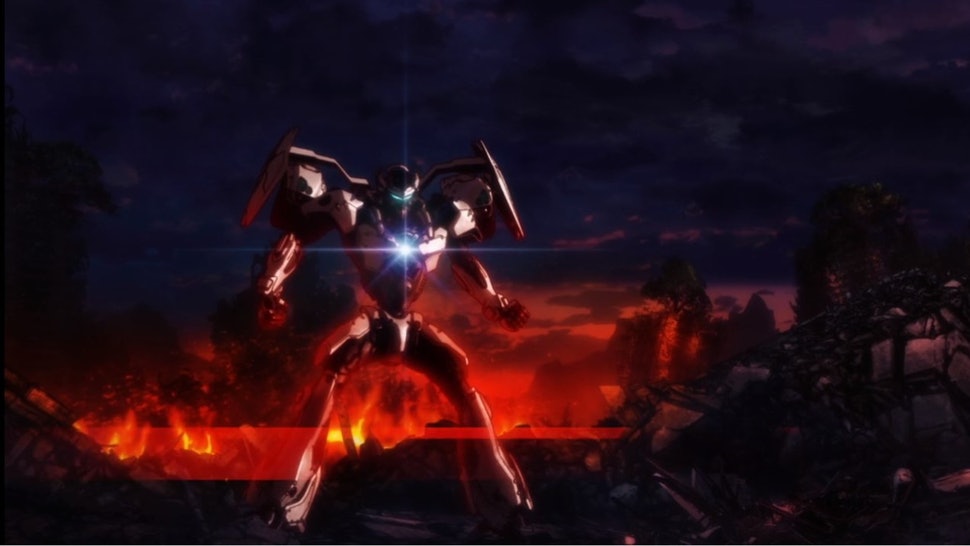 Last Hope (also known as Juushinki Pandora in Japanese) is a Japanese-Chinese mecha anime television series jointly produced and animated by Japanese animation studio Satelight and Chinese animation studio Xiamen Skyloong Media. Created and directed by Shōji Kawamori and Hidekazu Sato, and written by Toshizo Nemoto, Season 1 of Last Hope premiered on Netflix in Japan on March 29, 2018, and days later, was broadcast on television by Tokyo MX and other channels associated with it. In spite of having no prior presence in the anime industry, the show received pretty decent ratings and managed to create a fan base for itself. Since then, fans have been waiting to hear news on a second season and here’s everything we know about the prospects of Season 2 thus far.

Last Hope Season 2 Release Date: When will it premiere?

Last Hope season 1, consisting of 26 episodes, was released in two equal parts consisting of 13 episodes each. While Part 1 was released on March 29, 2018, Part 2 made its way to viewers’ screens months later on September 20, 2018. Although Last Hope managed to become pretty popular, a second season has not been announced yet and it remains to be seen whether it gets renewed.

What makes predicting the future of Last Hope difficult is the fact that it is not based on any light novel or manga series and it’s fate will depend entirely on how well it manages to perform commercially. If Season 1 of Last Hope manages to generate enough revenue to please its creators, a second season could well be on the cards. In case it fails to do so, it’s unlikely that a second season will be made. Since we don’t have access to data regarding Last Hope’s commercial performance, the only thing we can do is wait for an official announcement on the show’s future. We’re keeping our ears open for news on of Last Hope season 2 release date and we’ll update this section as soon as we hear something reliable.

For those who like watching anime shows in English, the good news is that Last Hope has a great English dub, which is not surprising since it’s a Netflix Original show and Netflix caters to a very large international audience. If you want to watch the show in English, you can find both Part 1 and Part 2 dubbed on Netflix.

Last Hope has strong sci-fi elements and is starts out in the year 2031. In this fateful year, the cataclysmic collapse of a next-gen quantum reactor designed to replenish environmental resources triggers a rapid biological evolution among extant organisms living on the planet. While many organisms perish, some survive, and the new organisms that arise from this event are both biological and mechanical in nature. This event and the rise of new, unprecedented organisms, blurs the line between biological beings and artificial intelligence, and ushers in a new era for humanity. When the dust settles, all that remains for humanity is the city of Neo Xianlong.

Seven years after the event, referred to as the Xianlong Crisis, humanity finds itself on the verge of extinction owing to the advent of the new organisms, referred to as Biological Revolutionary of Artificial Intelligence (B.R.A.I). With humanity on the brink of extinction, a brilliant scientist named Leon Lau creates an extraordinary combat unit called Pandora which uses never-before-seen weaponry to dismember the B.R.A.I. When Pandora gives humanity a shot at survival, Leon and his peers turn their attention to bring down a mysterious figure named Mr. Gold, who appears to be the driving force behind the pandemonium that the B.R.A.I cause in Neo Xianlong.

Last Hope has several characters but only a handful are central to the plot of the show. Below, we’ve provided you with brief backgrounds on each of the important characters.

Leon Lau: The main protagonist of the show, Leon is a brilliant scientist who unwittingly causes the Xianlong Crisis. In the aftermath of the crisis, he is banished from Neo Xianlong and survives for several years in the wilderness. When humanity again finds itself on the brink of extinction owing to the advent of the B.R.A.I, Leon makes a return and presents Pandora as a means of combating the new threat.

Chloe Lau: Another important character in the show, Chloe is referred to as Leon’s “little sister”, although they are not related by blood. When Leon gets banished for his part in causing the Xianlong Crisis, Chloe accompanies him to the wilderness and helps him survive. She is extremely supportive of Leon, is appreciative of his genius, and thinks of him as his big brother.

Doug Horvat: Also an important supporting character, Doug is an accomplished sniper with a love for women and cats. Doug’s life took a tragic turn when the Xianlong Crisis struck and forced him to take up a harsher life than the one he had. Seven years after the incident, Doug takes up work as a bounty hunter. Although he serves as a comic relief in the show, Doug doesn’t joke around when he looks down the scope of his sniper rifle.

Queenie Yoh: Another important supporting character in the show, Queenie is a beautiful warrior princess who lost everything and everyone she cared for when the Xianlong Crisis struck. A master of the Sky God Fist style of martial arts, Queenie turned all her attention to exacting revenge on those responsible for the crisis and spends her time as a bounty hunter wreaking havoc on the subjects of her revenge.