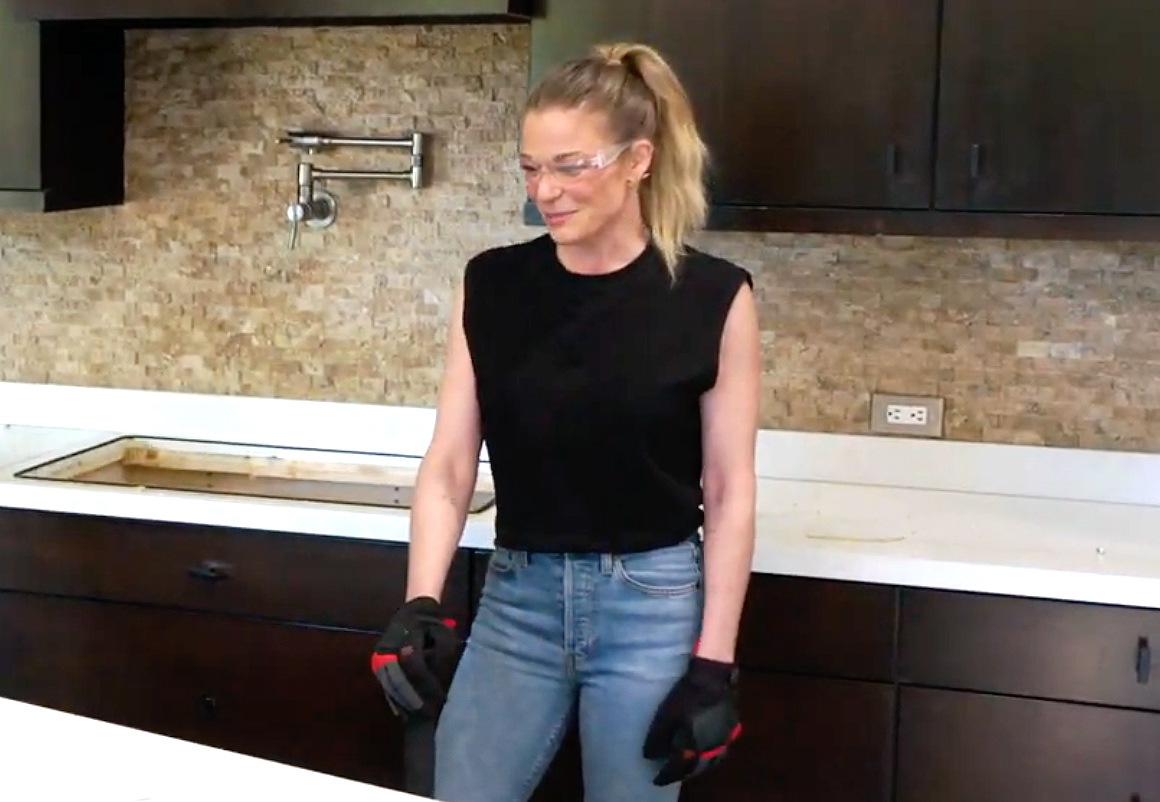 HGTV’s ‘Celebrity IOU’ is an uplifting and heartwarming show that follows Drew and Jonathan Scott, best known as and for ‘Property Brothers,’ as they team up with numerous A-list celebrities for lovely home renovations. However, these remodelings are not for them; they are for those individuals who have played a significant role in the stars’ lives. In short, these famed personalities surprise someone very close to them with a house makeover to show their utter respect and appreciation. Thus, of course, its season 2 episode titled ‘LeAnn Rimes’ Lifesaving Thank You’ (to her longtime friend and counselor Roger) is no different.

As per the official synopsis of this installment, “LeAnn Rimes’ friend Roger saved her life by intervening during a dark time, and now she is calling on Jonathan and Drew to help give back in a big way. Roger loves to cook, so she’s turning his kitchen and deck space into an entertainer’s dream.” The Grammy award-winning singer-songwriter not only deems Roger to be her guiding light through thick and thin, but she also considers him to be more family than a friend. Consequently, she decided to take his modern design style and aesthetics into consideration and turn his ordinary kitchen into a perfect indoor/outdoor culinary and recreational showplace.

The sleeves are coming off on tomorrow night’s new episode of #CelebIOU with @mrdrewscott @jonathanscott and @leannrimes. 💪 😂 Watch it Monday night at 9|8c on HGTV or stream it tomorrow on @discoveryplus. 🤩 pic.twitter.com/4xoLnFbGZW

“Roger always takes care of everyone around him and always puts others first,” LeAnn remarked in a press release. “He has helped so many people. I think it would be really beautiful to give him a space that brightens his life because he’s brightened so many people’s lives. That would be special.” The musician, actress, and author added, “I really do owe Roger my life in a lot of ways. We’re very lucky to have one another.” So, in reciprocation, she took up a sledgehammer on Roger’s outdated and awkwardly shaped kitchen and overhauled it into something new and enjoyable.

While getting right down to business alongside Drew and Jonathan Scott, LeAnn Rimes showed the entire world just how razing a freestanding wall is done. Not only did she and the brothers destroy the solid partition, but LeAnn also brought down the pipes. “I had the best time with demo,” she revealed in a confessional on the episode. “And to actually see how much space they have to work with, I think it’s gonna be so beautiful.” As a part of the process, the ‘How Do I Live’ singer even showed off her muscles to Drew and Jonathan, playfully stating, “I had to dress the part,” resulting in a few hilarious shenanigans.

In the end, LeAnn and the Scott brothers furnished Roger’s entertainment oasis with a state-of-the-art kitchen with sleek cabinets and an oversized stone island, a massive collapsible sliding door leading to the yard, and an expansive outdoor patio with a built-in pizza oven and a custom fireplace. During the emotional reveal to Roger, the 38-year-old celebrity explained to her “second dad” that this was the least she could do. After all, she’d already asserted, “I wanted to do something special for you because you’ve helped me so much in my life. Eight years ago, when I was probably at the lowest point of my life, you basically saved my life. I love you so much.”