Is Lifetime’s Nightmare PTA Moms Based on a True Story? Where is it Filmed? Who is in the Cast? 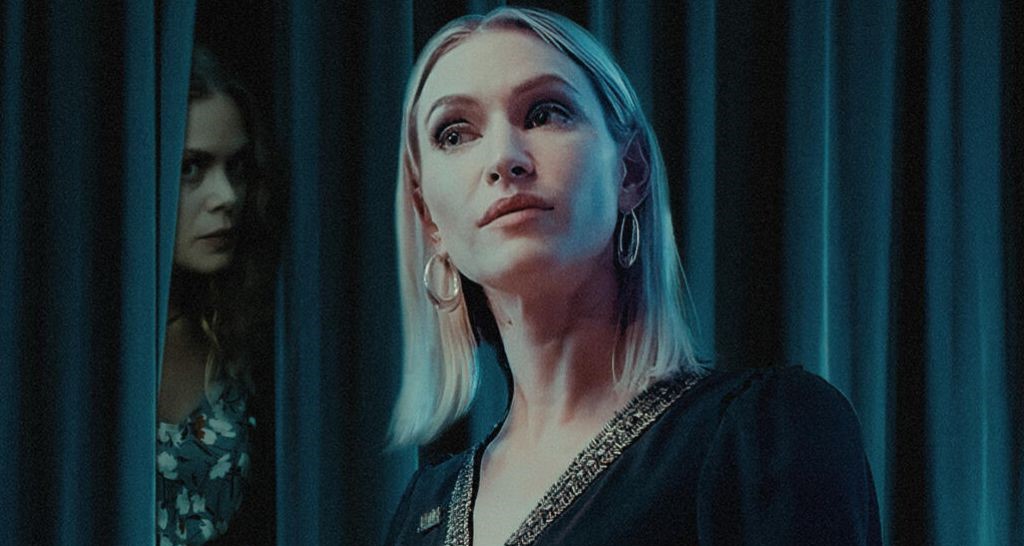 Directed by Dave Thomas, Lifetime’s ‘Nightmare PTA Moms’ (originally titled ‘DOA at the PTA’) is a thriller movie that follows Gail, a mother who joins the PTA in hopes of getting more involved at her daughter’s new middle school. Little does she know that the association is run by a power-hungry mother named Vanessa, who has a knack for backstabbing others, quite literally.

The thrilling and suspenseful narrative becomes all the more intriguing with the help of some interesting locations that appear throughout the movie; thus, it is natural for you to be eager to learn more about them. Moreover, many people in real life like to stay in power or control and tend to backstab others to get what they want, making one wonder if the thriller movie has any roots in reality or not. Well, we have all the information to clear your doubts!

No, ‘Nightmare PTA Moms’ is not based on a true story. Instead, the narrative can be credited to the creative mind and excellent writing of Adam Balsam. He has previously worked on other filming projects such as ‘Love Thy Neighbor,’ ‘Murphy Brown,’ and ‘Animal Trax.’ Hence, with a significant amount of experience under his belt, he was able to come up with the thrilling and enthralling narrative for this Lifetime film.

The elements and themes, such as two-faced characters and the hunger to stay in power, depicted in ‘Nightmare PTA Moms’ are not something new. In fact, several movies and TV shows explore similar subjects, one of the primary reasons one can link this Lifetime movie with reality. One of the aptest and most relatable examples is that of Cypher from the popular movie ‘The Matrix.’

Vanessa in ‘Nightmare PTA Moms’ and Cypher share quite a few similar traits, a prominent one being backstabbing others to get ahead. For his personal gains, Cypher strikes a deal with the villainous Agent Smith and betrays his entire crew by killing three of his own allies. Thus, the subject of betrayal and two-faced characters is not something we viewers haven’t witnessed on screen before. That said, the fact that ‘Nightmare PTA Moms’ is not rooted in reality still holds true.

‘Nightmare PTA Moms’ was filmed entirely in Florida, specifically in Pinellas County and the city of Tampa. The principal photography for the thriller movie commenced in late September 2021 and wrapped up in October of the same year, after three weeks of shooting. Located in the Southeastern region of the United States, Florida is home to many kinds of flora and fauna, with the forests covering almost half of the state’s land area.

The Sunshine State is considered one of the best states in the nation in terms of K-12 education, making it a suitable location for a school-based movie such as ‘Nightmare PTA Moms.’ Here are the details of all the specific sites showcased in the Lifetime thriller!

All the pivotal sequences of ‘Nightmare PTA Moms’ were lensed in Pinellas County in the Tampa Bay area, a major populated area around the eponymous bay that mainly includes the cities of Tampa, St. Petersburg, and Clearwater. To tape most of the school scenes, the production team set up a base on the St. Petersburg College campus at 9200 113th Street North in Seminole.

Clearwater Beach, Clearwater Police Department at 645 Pierce Street in the city of Clearwater, and an actual house in the city of Dunedin also served as production locations for the thriller movie. In addition, the cast and crew utilized the premises of Sundial St. Pete (formerly known as The Shops at St. Pete and BayWalk). It is a shopping, dining, and entertainment complex located at 153 2nd Avenue North in St. Petersburg. Lastly, some portions of ‘Nightmare PTA Moms’ were recorded in the nearby city of Tampa, on the Gulf Coast of Florida.

Brianna Cohen essays the role of Gail in ‘Nightmare PTA Moms.’ Apart from featuring in commercials and independent movies, the actress appears in ‘Orange is the New Black‘ and ‘Wu-Tang: An American Saga.’ On the other hand, Alissa Filoramo portrays Vanessa in the film. Filoramo is known for her roles in ‘On The Mountain’ and ‘Devil’s Triangle.’