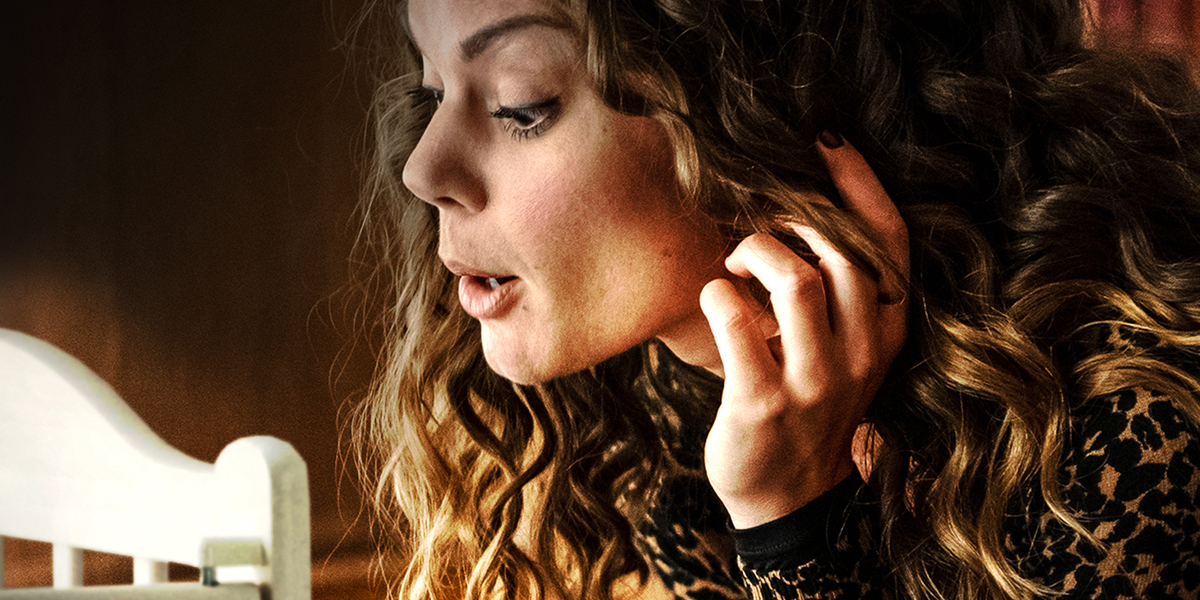 David Langlois’ Lifetime thriller movie ‘A Mother’s Fury’ (originally titled ‘Snatched from Mommy’) is, above all, a scrutinous study in jealousy. Elizabeth Daley, a bestselling author, is on cloud nine to be a new mother. With a loving husband, caring friends, and a beautiful home, Elizabeth seemingly lives the perfect life. However, when she begins writing a blog chronicling her new experiences of motherhood, her early enthusiasm is overshadowed by internet harassment. The anonymous hater with the username “Mommy Says No-no” makes her life miserable, but that is just the beginning.

Shortly after, Elizabeth’s husband has an accident, her baby is kidnapped, and with the worsening course of events, her life turns upside-down. Only then does Elizabeth realize that the invisible threat lies closer to her home. Thus begins a taut thriller fraught with twists, turns, all boiling down to a cathartic revelation. Most of the film unfolds in urban and suburban settings. As an ominous air descends on Elizabeth’s beautiful home, it is no longer the happy and safe space it used to be. However, you may be eager to know about the movie’s onscreen locations and be acquainted with the cast. If so, allow us to share with you what we know.

‘A Mother’s Fury’ was filmed in Canada, especially in British Columbia. Filming commenced in the fall of 2020, and production was wrapped up by October 28, 2020. British Columbia has firmly established itself on the global map of movie and television production, owing to its sprawling production studios, an army of skilled technicians, and favorable climate.

The landscapes in British Columbia vary from vast mountain ranges to sun-drenched coastlines, making it an ideal backdrop for all kinds of productions. The lucrative tax credit program and the low currency exchange rate sweeten the deal. Let us now take you to the specific locations where the movie was filmed!

The majority of the movie was shot in Kelowna in southern British Columbia. Situated on Okanagan Lake, it is the third-largest metropolitan area in the province. This location was presumably chosen by the production team due to its dry and warm climate. Although the film is partly set in Seattle (establishing shots depict the skyline of the city, characterized by the iconic Space Needle), the director chose to shoot in the Canadian territory.

The production team extensively filmed in and around Kelowna for the various interior and exterior sequences. Some scenes may have been shot on the historic Westside Road by the Okanagan Lake.

Okanagan Valley is defined by its vineyards, wineries, tight-knit lakeshore communities, and its distinctive brand of culture and lifestyle. Touted as one of the liveliest cities in the region, Kelowna is known for its award-winning wine industry. If you ever get to visit the area, you must make a note to visit the wineries and get a taste of the local cuisine.

Read More: Is A Mother’s Fury Based on a True Story?