Lifetime’s The Virgin Sinners: Everything We Know 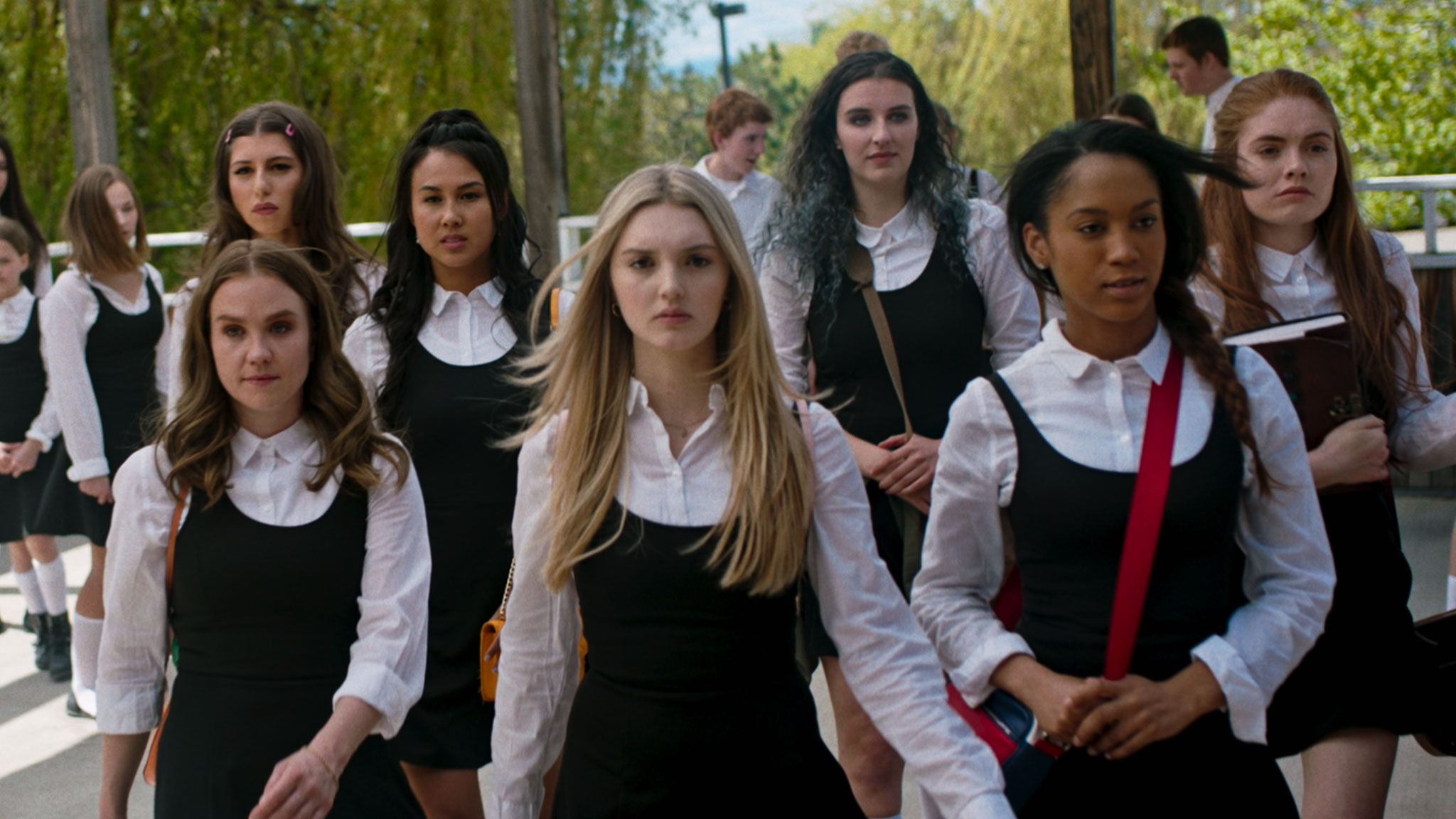 Directed by Courtney Paige, Lifetime‘s ‘The Virgin Sinners’ (originally titled ‘The Color Rose’) is a horror drama thriller movie that centers upon a coterie of seven schoolgirls who are collectively dubbed as “The Sins.” Despite living in a super-religious conservative small town, they take on the attributes of The Seven Sins putting themselves at the risk of a potential attack. Quite surprisingly, their lives go on normally for some time, but when one harmless prank goes horribly wrong, a serial killer hell-bent on eliminating them starts attacking these seven schoolgirls one by one.

However, “The Sins” choose to defy the advice of their elders and decide to fight back. Set in a scenic town, the shocking and unexpected twists and turns that follow can shock viewers who may wish to learn more about the origin of the film’s premise, cast, or filming locations. In case you are also looking for similar information, then we have got you covered.

Alternatively titled ‘The Sinners,’ ‘The Virgin Sinners’ was primarily shot in the westernmost Canadian province of British Columbia, while some scenes are reportedly also shot in California. The film’s production commenced in early May 2019 and wrapped up several weeks later in the second week of June. Since the filming took place in several locations in the two North American countries, we decided to investigate further. Here’s everything we could find out!

The principal photography of the Lifetime movie took place in Okanagan. Located about 250 kilometers away from Vancouver, the picturesque destination is famous for its wineries and fruit orchards. The shooting in the region took place majorly in the city of Kelowna in the Okanagan Valley. It is surrounded by snow-capped mountains, pine forests, and provincial parks.

The stunning natural locales make it an ideal filming destination, and the region has unsurprisingly hosted the filming of many productions like ‘Fido,’ ‘Mee Shee: The Water Giant,’ ‘Shred,’ and ‘Flicka: Country Pride.’ Interestingly, Kelowna is also the hometown of the film’s director Courtney Paige.

The cast and crew were also spotted filming some scenes near Idabel Lake, which is situated close to Kelowna. The 2-mile long swimming lake offers the perfect camping spot, and it attracts people from neighboring provinces who wish to relax and take their minds off their hectic schedules.

Some crucial scenes of the Courtney Paige directorial were reportedly shot in Vancouver. Also known as the Hollywood North, it is one of the largest film and television production centers in North America. Every year approximately 65 movies and 55 TV series are made in the region, and its booming film industry is only expected to show similar progress.

The region also hosts the annual Vancouver International Film Festival, which brings filmmakers from all over the world to the bustling west coast seaport city.

Although it is unsubstantiated, the production of the Lifetime movie supposedly took place in Los Angeles. Like Vancouver, it is also a global film/television shows production center and is home to studios like Paramount Pictures, Universal, and Warner Brothers. The City of Angels is also known as the “Creative Capital of the World” because reportedly, 1 in every six residents of the region is involved in a creative industry.

The Lifetime movie stars Kaitlyn Bernard as Grace Carver and Brenna Llewellyn as Aubrey Miller. While the former is best known for her role in ‘1922,’ the latter is famous for essaying the role of Hannah in the television series titled ‘Just Add Magic.’ Brenna Coates plays the role of Tori Davidson, and Keilani Elizabeth Rose appears as Katie Hamilton. The film also features Jasmine Randhawa as Stacey Rodgers, Carly Fawcett as Molly McIvor, Natalie Malaika as Robyn Pearce, Aleks Paunovic as Sheriff Fred Middleton, Lochlyn Munro as Detective O’Ryan, and Dylan Playfair as Kit Anderson.

Is the Virgin Sinners Based on a True Story?

No, ‘The Virgin Sinners’ is not based on a true story. Although the film is quite high on the dramatic bits, its portrayal of the social dynamics of a small conservative religious community is fairly accurate, which may give the viewers an impression that the story may have some truth to it. However, that is not at all the case since the credit for the movie’s unique premise goes completely to Courtney Paige, Madison Smith, and Erin Hazlehurst. 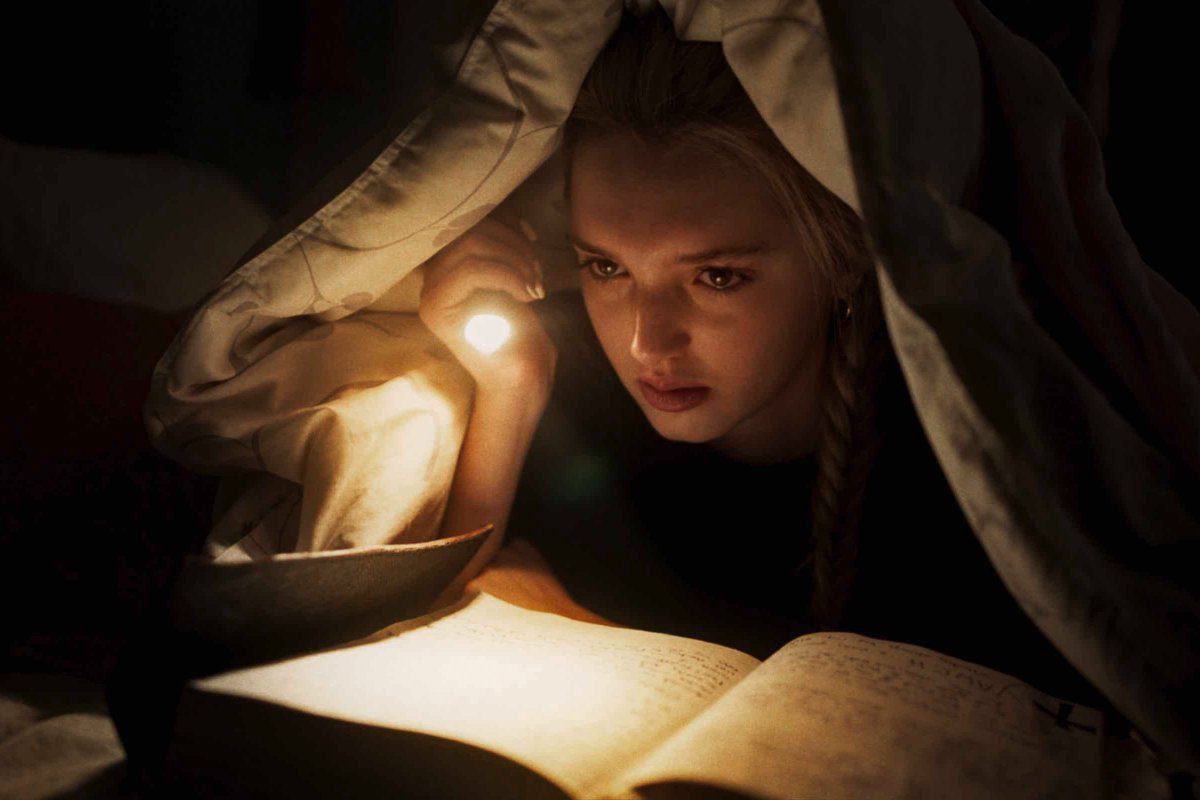 In an interview, when Courtney was asked about the origin of the story, she said that the premise was born purely out of her desire to tell the story of girls in high school. One of Courtney Paige’s objectives was to make each girl embody a sin, but the time limitations of a typical feature film restricted her from pursuing the idea as much as she wanted. The director mentioned that classics like ‘Jawbreaker’ and ‘Mean Girls‘ served as an inspiration for the film to a certain degree. The truck and hallway shots of the former influenced her work as a director.

Paige also clarified that although the Lifetime movie gives the same vibe as the 1996 supernatural horror fantasy film ‘The Craft,’ she has personally not seen the film, and it was never a source of inspiration for the horror thriller. Even though the Lifetime film touches upon and accurately depicts certain real-life situations, the overall premise of ‘The Virgin Sinners’ is rooted in the desire to explore a fictional story about a group of high school girls and the seven deadly sins of Roman Catholic theology.