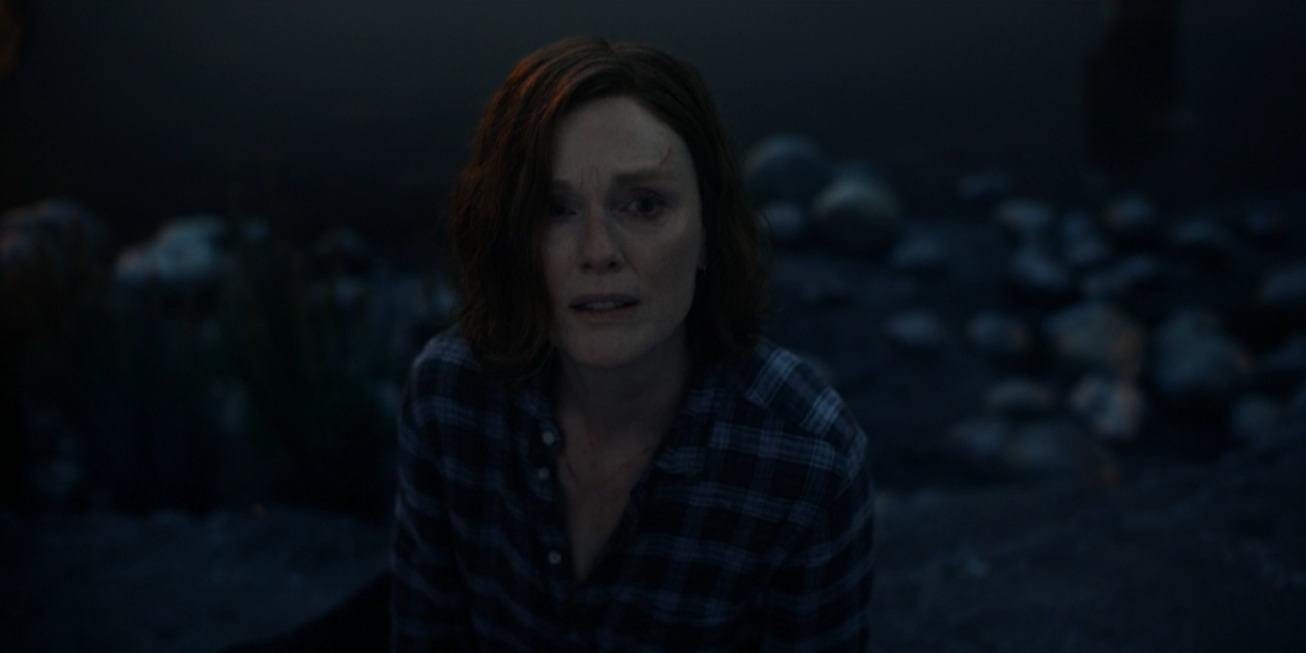 Conjured by the complex artistic mind of Stephen King and adapted into the visual medium by Chilean filmmaker Pablo Larrain, ‘Lisey’s Story’ is a slow-burning psychological drama miniseries that blends elements of romance and horror to present a highly appetizing platter before the audience. The story is layered and filled with intrigue. The narrative follows Lisey Landon, wife of late novelist Scott Landon, as she embarks upon a journey to regain her past. She fights with the diabolical force of Jim Dooley, an obsessive fan of Scott, while attempts to bring her sister back from the realm of Booya Moon.

The sixth episode, titled ‘Now You Must Be Still’ sees Lisey finally finding her way and fighting back. Julianne Moore is known for handling difficult roles with effortless grace, and the series adds another feather to her cap. Moore is assisted by a superb cast ensemble including Clive Owen and Dane DeHaan of ‘Kill Your Darlings’ fame. Atmospheric, somber, and fraught with psychological intrigue, the series packs enough to immerse the audience in the surreal world of Scott Landon. The episode ends on a cliffhanger, and if you are looking for an explanation, let us guide you through to the ending. SPOILERS AHEAD.

In the aftermath of the previous episode, Lisey goes back to the world of Booya Moon. She finds the syringe near Paul’s grave and decides to keep it. Following a thread attached to the syringe, Lisey finally finds her way to the pool. After drinking water from the pool, most of the scars from her torture in the hands of Dooley fade. With the help of a notebook, Lisey communicates with Amanda. Lisey urges her to come back home, stating that she needs Amanda’s help. On the other hand, officer Dan Beckman retires late at night from his post outside Lisey’s house. He decides to visit Amanda’s house on his way back, where Jim Dooley has already set his feet. However, Jim is compelled to escape before he can cause Lisey’s sisters any harm. 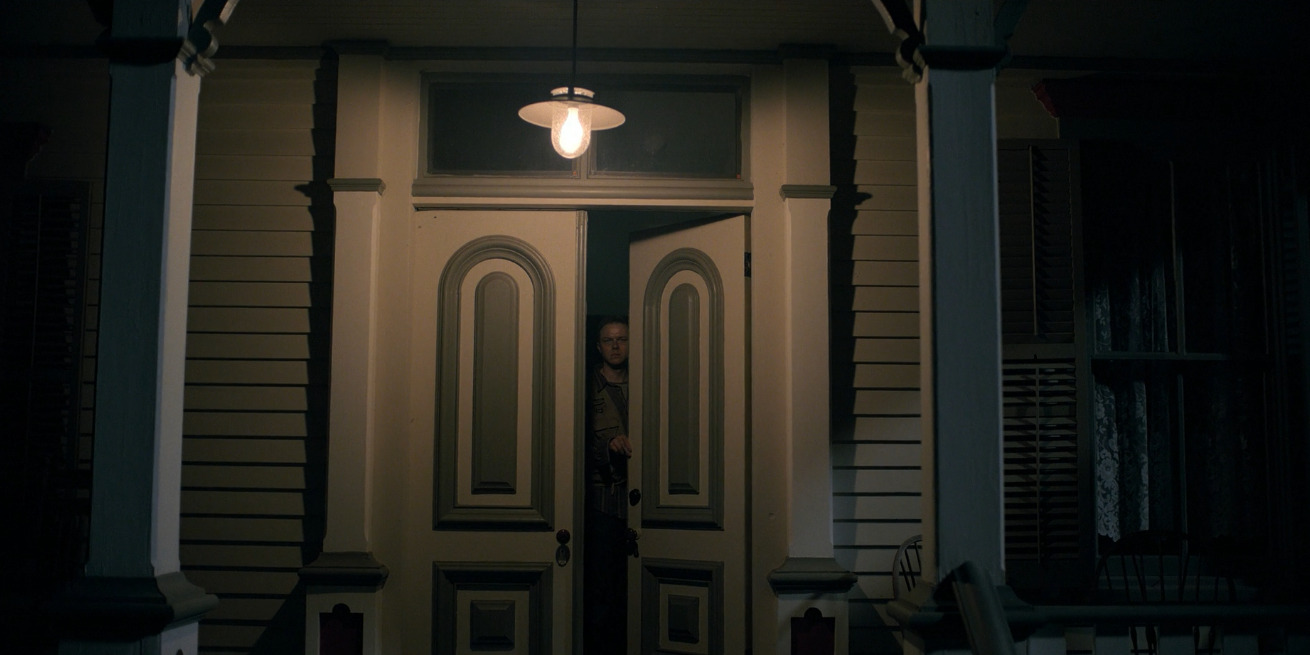 Darla visits Lisey, and as it turns out, Darla already has a suspicion of Jim Dooley breaking into her house. Lisey disappears to the world of Booya Moon and comes back with a flower as proof to present before Darla. Lisey makes a phone call to Professor Dashmiel and asks for a favor. Although Dashmiel initially tries to dissuade her, he comes back to his senses after Lisey threatens to file a suit against him. Lisey asks him to inform the police that Dooley has disappeared while arranging a trap to lure Dooley in. Lisey sends a message to Dooley, and the sisters leave to rescue Amanda.

Amanda has briefly come back to her senses, only to relapse to her previous state. Lisey tries to communicate with Amanda, and Amanda responds from the world of Booya Moon. Reality and imagination collide when taking a clue from Amanda, Lisey makes her drink a gush of water from the pool. Amanda seemingly returns to reality. Lisey, Amanda, and Darla manage to convince Dr. Hugh Alberness to let Amanda leave the facility. Alberness is astonished to see such sudden progress in Amanda and lets her leave. After some sisterly bonding, they make their way back to Lisey’s home. With some help from Dashmiel, Lisey convinces officer Dan to leave, and the sisters have a hearty laugh. Jim Dooley spies on them and takes the laughter personally, while Lisey gets ready to face the inevitable.

In a twist, the episode sees Amanda back in her previous state. Moreover, we get the idea that Scott organized the bool hunt, not for Lisey, but for Amanda. As it is evident, Scott knew that Amanda was a cutter like himself. In the Landon universe, there are two kinds of madness, the bad and the gone. While Jim Dooley is unmistakably bad, Amanda, like Scott, belongs to the gone group. An earlier scene depicted how Scott brought Amanda back by kissing her and making her drink the water from the pool. Scott evidently had the foresight that Amanda might relapse back in the gone state and arranged everything accordingly. 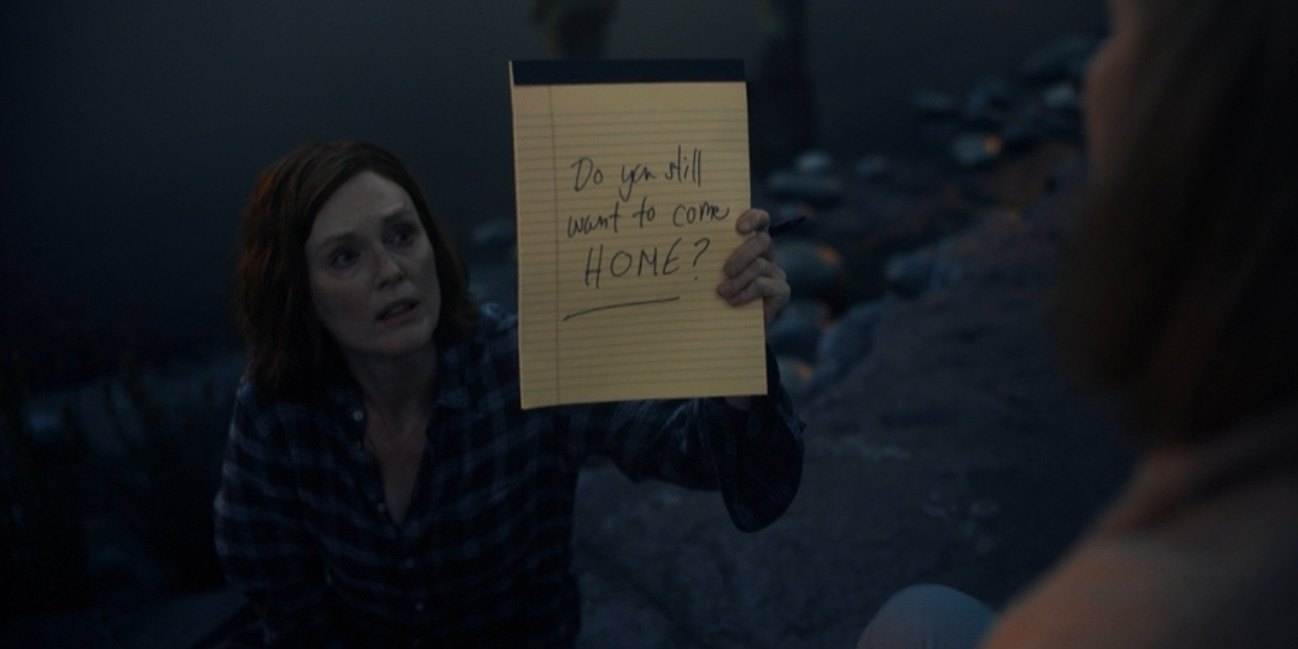 In the healthcare facility, Lisey asks Amanda to respond if she can hear Lisey. Amanda responds by clutching Lisey’s hand with hers. Encouraged by the development, Lisey urges Amanda to tell her how Scott brought her back. When Amanda replies, “kissed me,” Lisey kisses Amanda and makes her drink the pool water. Shortly after, Amanda comes back to her own device. This is a juncture where reality and imagination converge, but as Scott says, the reality is like the dog Ralph who travels a thousand miles and comes back home after 3 years. The reality of the series is indeed unpredictable, and King weaves a tale that seamlessly oscillates between stark reality and lucid mindscapes.

Why Does Lisey Make the Policeman Leave?

Lisey makes the policeman leave because she seeks to end Dooley with her own hands. She has seen how worthless the police can be, and does not trust them. In Lisey’s previous encounter with Dooley, officer Dan was stationed outside her house, but he was not of much help. As Lisey plans her next encounter with Jim Dooley, we get the idea that Lisey is up for revenge against her abject torture by Dooley. Lisey, therefore, makes the policeman leave, since the police would cause hindrance to Lisey’s carefully crafted murder plot.

Read More: Is Lisey’s Story Based On A Stephen King Novel?