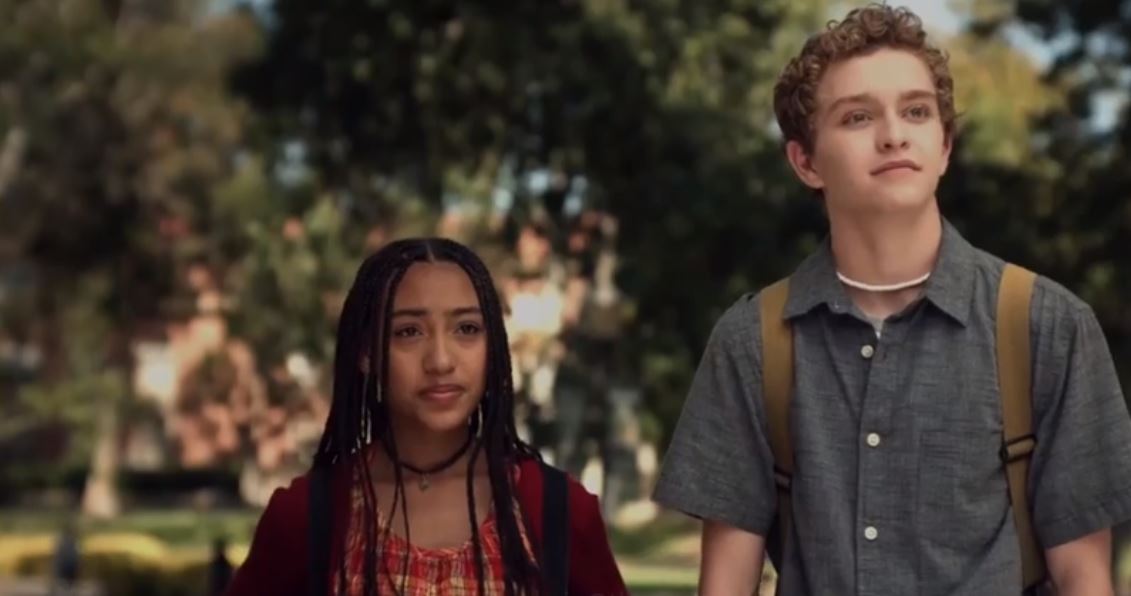 Hulu’s ‘Little Fires Everywhere’ is a drama series starring Reese Witherspoon which presents a realistic yet warm tale. It is an adaptation of Celeste Ng’s novel of the same name and sports some pretty deep themes.

The first episode of the series introduces viewers to the major characters of the show and gives a hint of the premise. Mia, a nomadic artist moves into a rented house in an upscale neighborhood with her daughter. Her daughter, Pearl soon develops a bond with the owner of their house’s son, Moody. Moody’s mother, Elena (Witherspoon) offers Mia a job at her house as a domestic helper but gets concerned when Mia’s reference does not recognize her.

In May 1983, a younger Mia has sex in her car with Pearl (still a toddler) in the backseat. Back in 1997, it is the first day of school and the Richardson kids get a picture clicked. Izzy finds a poster of a Time magazine cover with the caption, “yes I’m gay” in her locker. Pearl is made to take less advanced courses at school. So, she asks Elena to help her with a written application to challenge that. Elena offers to speak to the guidance counselor at school personally.

Mia goes to the Richardsons’ house for her first day and tells Elena that she can only work during the afternoons. Later, Mia is working at her house while smoking up and listening to music on her headphones. Elena walks in when Mia does not answer the knocking. She asks her about the faulty reference. Then, Mia makes her manager at the Chinese restaurant that she is working at call Elena, pretending to be her former landlord. Still skeptical, Elena asks a friend who works as a police officer to look into Mia’s background.

At the house, Mia finds Izzy’s sketches. She tells Izzy that she ought to stand up for herself when she mentions that she is sick of the bullies at school. At her orchestra practice, Izzy gets constantly annoyed at two girls that keep passing comments. She eventually gets annoyed and ends up lashing at the teacher after she persistently corrects another student.

Mia and Pearl are having dinner at the Chinese restaurant that the former works at. Mia sees a server feeling emotional after interacting with a baby. She offers to cover her shift. The server later visits Mia’s house and gives her some food as a token of gratitude. When she begins to open up about her daughter that she lost, Mia asks her to stop.

A fax is sent to Elena’s house instead of her office. It turns out that Elena’s friend in the police sent criminal records of females named Mia Warren. Mia ends up reading them. Elena’s book club is hosting a meeting at her place. Elena gets into a tough spot when she is asked to discuss the book since she hasn’t read it. Mia comes to her rescue. Elena thanks her for doing so. Mia asks Elena about the fax and confesses to lying about her reference. She tells her she had to move out of her last apartment since she could only afford to pay on a monthly basis

The two share a drink and bond over motherhood. Meanwhile, Pearl and Moody smoke some of Mia’s weed at the former’s house and spend some quality time together. Elena mentions how she helped Pearl with the class change request at school. Mia leaves abruptly. Pearl joins her new class at school. Trip is in that class as well. Mia asks the server about her daughter.

The second episode of ‘Little Fires Everywhere’ picks up from where the first episode left off and sees Mia and Pearl settling into their new home. The series seems to be still finding its feet. The most glaring thing that is missing is a central dramatic conflict. So far, the characters mostly seem to be going about their lives as seeds of conflict are developed or glossed over.

The theme of motherhood seems to be developing more coherently though. However, Mia’s past seems to be taking less of a thriller route. This might prove to be slightly disappointing for viewers since ‘Little Fires Everywhere’ would turn out to be yet another conventional drama. This would certainly be a letdown after the mystery set up of who caused the fire in the opening scene of the show. The character of Izzy also seems to be taking a backseat. Hence, it leaves one to wonder whether there will be an engaging connective thread that lends the series some direction.