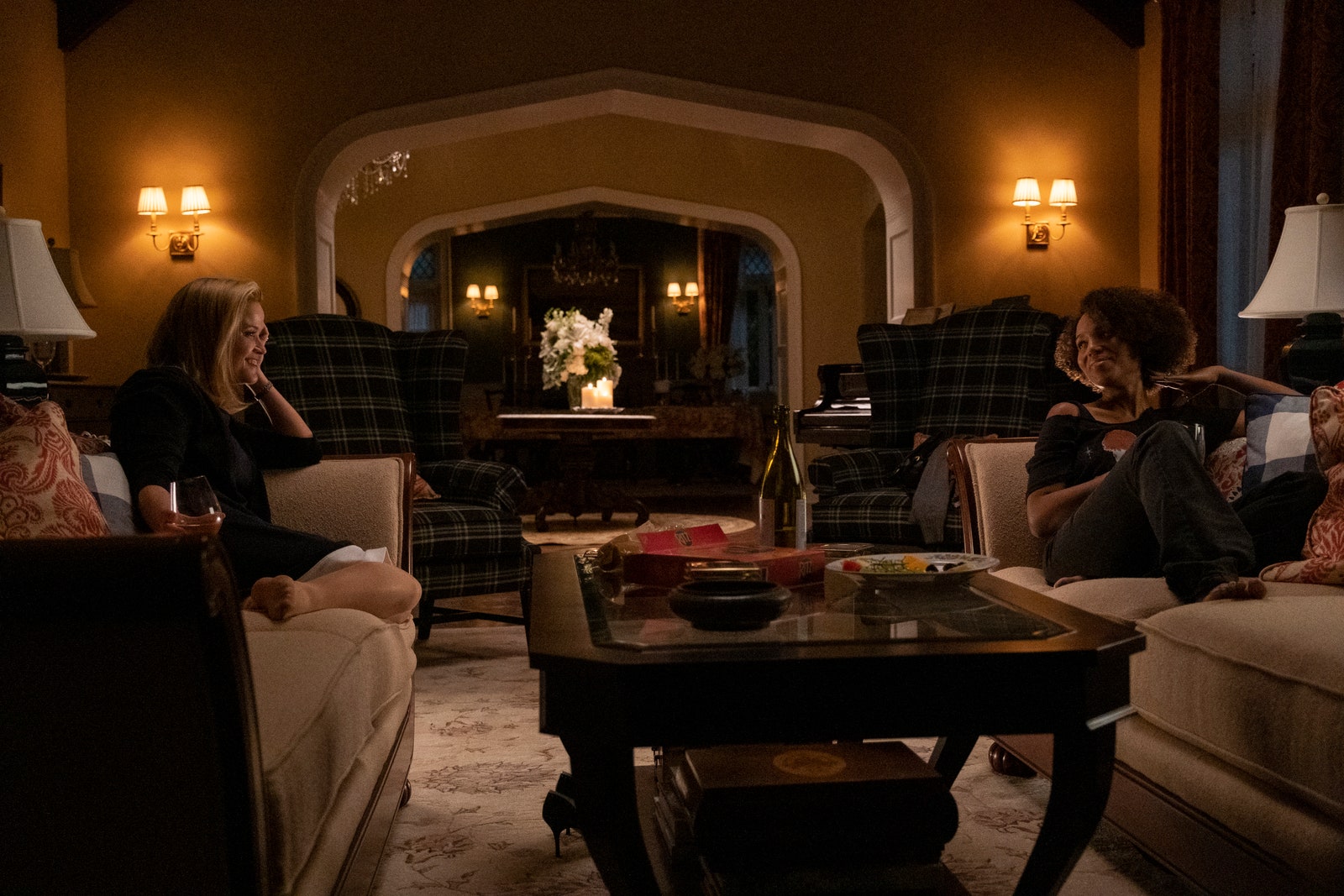 ‘Little Fires Everywhere‘ has been a comprehensively detailed and painstakingly executed mini-series that succeeds in developing multiple inter-related themes and a compelling narrative equally. An adaptation of Celeste Ng’s novel of the same name, the Hulu adaptation features Reese Witherspoon and Kerry Washington in leading roles, and the veteran actresses’ performance kicks the show’s quality up by several notches.

‘Little Fires Everywhere’ teases a central mystery revolving around the cause of the protagonist, Elena’s house fire throughout the season. The eighth and concluding episode finally eases viewers’ heightening curiosity, along with tying up all the other plot arcs. SPOILERS AHEAD.

The episode begins with a flashback from 1991 in which Izzy brings an injured bird into the house. Back in the “normal” timeline, Elena finds Lexie crying because of her breakup and consoles her. On the other hand, Pearl does not want to talk to Mia. Mia calls Pearl’s biological parents but hangs up without talking.

In court, Bebe’s lawyer grills Linda about not actively trying to acquaint Mirabelle/May Ling with her Chinese identity. Later, Elena tells Linda that she wants to find out if Bebe wanted Mirabelle/May Ling when she was pregnant. To do so, she goes to an abortion clinic and tries to use her influence and relationship with a friend (who works there) into revealing Bebe’s history. However, the friend refuses to comply. When her friend leaves her office momentarily, Elena tries to dig around and finds Pearl’s abortion report (Lexie had gotten an abortion under Pearl’s name, remember?).

Moody confronts Pearl about seeing Trip. Trip is there too. Trip and Moody end up getting into a physical altercation.

The court’s verdict is out. Linda wins the case and gets to keep Mirabelle. Izzy goes to Mia’s house and hugs a crying Bebe. Mia tells Izzy about a prairie fire she had witnessed. She tells Izzy how, after Pearl’s birth, she (Mia) saw fire as a symbol of rebuilding. Mia assures Izzy that Bebe will survive.

Bill has not been talking to Elena. Elena asks him why he has been this upset. Bill confronts Elena about seeing Jamie. Elena tries to reassure Bill that she just saw him for dinner and how she has done everything for the family. She tells Bill how she did not want a fourth child. Bill tells Elena that she cannot see how many problems she has created, like inviting Mirabelle’s custody case, for example, by letting Pearl and Mia stay in their apartment. Bill leaves the house for a drive to clear his head.

Pearl and Mia pack up and leave Shaker Heights. Before that, they stop by the Richardsons’ house to drop the key to the apartment in the mailbox. This is when Izzy sees them leave. On the other hand, Bebe kidnaps Mirabelle/May Ling from Linda’s house and goes to Canada with her.

Izzy decides to burn her clothes, but her siblings see her. Elena finds out and ends up telling Izzy that she never wanted her. Izzy leaves the house, and Elena does not try to stop her. The other Richardson kids do not appreciate that. Lexie shouts at Elena, telling her about the abortion and how she is not perfect. Elena shouts back, saying she (Lexie) is perfect and goes to her room. Trip, Lexie, and Moody light fires in their respective rooms. Trip takes her mom outside when the house catches fire.

Elena tells the police officer that she was the one that started the fire. Izzy dreams of being picked up by Mia. Elena tries to look for Izzy in Mia’s former apartment, but she is not there. Elena finds a work of art that Mia made in her studio room: its a model of Shaker Heights with various pictures and articles hung on the wall implying how Shaker Heights is an imperfectly integrated community.

Pearl and Mia go to the latter’s parents’ house. Pearl rings the bell and gives Mia something she has been writing on the way. Pearl has written about how she questions whether she is the bird or the cage. She writes how one can fly away if one can see the cage one is in.

‘Little Fires Everywhere’ presents an extremely satisfying conclusion to its well-paced narrative. All the questions that viewers have had are answered while the drama is maintained at a razor-sharp edge. Throughout the show, conflicts and tensions seem to simmer under the surface. However, in the finale, things seem to boil over almost every scene.

This is perhaps the episode where Witherspoon shows her experience the most. Her acting range is on display for everyone to admire as Elena is seen shouting, crying, and pleading in different scenes. One of the beauties of ‘Little Fires Everywhere’ is how natural all the characters feel and how cohesively all their stories function in the larger narrative. In fact, the plot is so smooth that it leads one to suspect whether Ng was inspired by actual events or people.

As mentioned earlier, the Hulu mini-series has masterfully developed several themes throughout the season. The theme of motherhood and race have been the forerunners. Both of the themes are fittingly “concluded” as well. The last few moments of the show criticize Shaker Heights’ imperfect integration approach while Bebe stealing Mirabelle/May Ling depicts the impulsive nature of maternal protectiveness. The story of ‘Little Fires Everywhere’ is not just limited to a custody battle or Elena’s picture-perfect life. It is the story of America: messy and multi-faceted, with a thousand fires simmering under the surface, waiting to erupt.