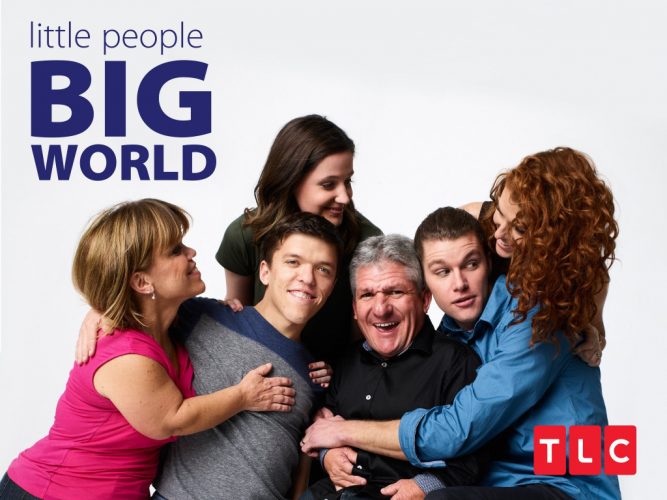 ‘Little People, Big World’ is an American reality television series that airs on the TLC. The show first premiered on March 4, 2006. Gay Rosenthal, Joseph Freed, Paul Barrosse, Jeff Weaver and Nicholas Caprio are the executive producers of the show. Gay Rosenthal Productions and The Learning Channel (TLC) are the production companies handling the show.

The main focus of the show is the Roloff family that has six members and lives on a farm near Portland, Oregon. The episodes are mostly focused on the parents Matt and Amy and their children, some of who are suffering from dwarfism. Notably, on August 26, 2010, TLC had announced that they would be canceling the show after the sixth season. After the final, however, the network aired several specials including ‘Conquering Mount St. Helens’, ‘Welcome to the Jungle’, and ‘Breaking Down the Walls’. They also announced a spin-off series titled ‘ Little People Big World: Wedding Farm’ which followed Matt and Amy as they tried to jumpstart the wedding business on their farm.

In October 2013, however, TLC decided to bring back ‘Little People, Big World’ and they have not looked back since. Naturally, over the seasons, the show has built quite a massive fan following which only keeps growing. Critics too have praised the series for the positive portrayal of little people. While some critics have maintained that there is a voyeuristic touch to the show’s premise, even they have agreed that the nature of it is completely innocuous and also allows the viewer to feel good about watching this show since it is not overtly or outwardly exploitative in nature.

Little People, Big World Cast: Who is in it?

The cast of the show ‘Little People, Big World’ includes Matthew Roloff, Amy Roloff, the parents, and their children Jeremy Roloff, Molly Silvius after she married Joel Silvius, Jacob Roloff, and Zachary Roloff. Matt, Amy, and Jack all have dwarfism while Jacob, Jeremy, and Molly have a normal height. Jeremy and Zach happen to be fraternal twins. Over the seasons, the show’s main focus has come to be on Matt, Amy, and Zach.

Little People, Big World Plot: What is it about?

The show revolves around the daily lives of the Roloff family. Each episode of the show usually showcases one or more Roloff family members engaging in daily activities such as dealing with household finances, athletics, shopping, and other things. The drama and scenes arise in the show when one or more member of the family face challenges in completing these everyday tasks due to their height.

The Roloffs are an extraordinary family comprising of both average sized and little-sized people. The majority of the show is filmed for 10 hours a day for over six months. The series captures everyday successes along with the everyday struggles of the family. The result comes as an intimate, detailed view of the lives of little people. The parents are both little people with a height of 4 feet, but they are motivated to get success in a world which is not often very welcoming and accepting of the differences.

Matt has gained success by dealing with some of Silicon Valley’s most well-known companies. After a while, he decides to begin his own business. Amy, who was initially a stay at home mom, soon starts doing two different jobs. The family altogether owns, manages and operates Roloff Farms that is a huge 34-acre farm located in Oregon. The accomplishments of Roloff prove every little person that they can beat everyday challenges such as looking over the counter, driving a car, making a trip to the grocery store.

Viewers look into the world of these people as they face the stress of being little in this average-sized world. Amy spoke about how the show was conceived of and started, saying, “TLC came to us about five or six years ago, and so we suddenly realized we were given a great opportunity to educate people about dwarfism. When it was offered that we do a show about our lives, my husband and I were like, ‘Wow, nothing like this has even been on the air.’ Nothing had depicted dwarfism in an everyday way. Lo and behold, a few episodes turned into six seasons. And here we are”.

While the previous season focused on Matt and Amy’s divorce and what it meant for the Roloff farm, a lot of viewers were not pleased with the hemming and hawing about the sale of the farm after the split. They want the story’s focus to be elsewhere and Amy agreed, saying, “I know. That’s what we kind of told the producers. We have more to tell. Here’s to a possible season 15?” When we take into consideration the fact that fans are still interested in Amy and Matt’s relationships with their significant others, as well as Zach and Tori Roloff’s pregnancy announcement, perhaps these are the areas the show could focus more on, in the upcoming season.

‘Little People, Big World’ Season 14 premiered on April 2, 2019. While there is no news from TLC yet about another season, Amy has hinted that there is more to the story and fans are eager to keep following the Roloff family, even if they might have split up. In all likelihood, the show will be renewed for another season, and ‘Little People, Big World’ Season 15 will most likely release sometime in April, 2020. However, do stay tuned for an official update.