Are Elizabeth and Seb From From MAFS Australia Still Together? 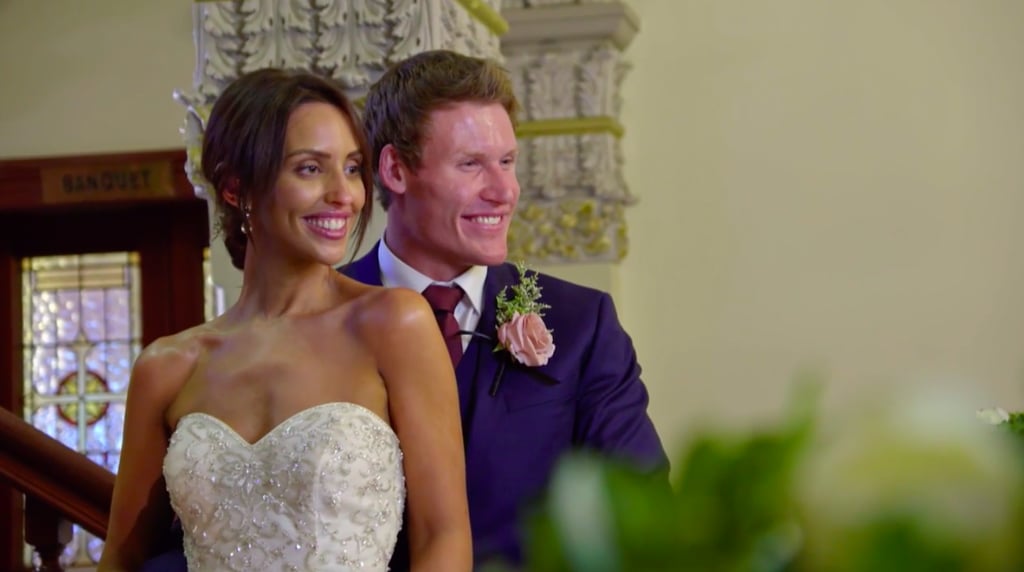 Australia’s edition of ‘Married at First Sight‘ is a little different from the American or any other international edition. For starters, the marriage is not legally binding due to Australia’s strict laws, and secondly, each couple meets up with the relationship experts who paired them for the Sunday Ceremonies, where they are given a chance to leave the experiment if they can mutually decide on it.

But, the primary concept remains the same. The couples meet on their wedding day and then go on their honeymoon after which they live together domestically so as to get to know each other on a deeper level and find their balance. Season 7 of this Australian series had 12 such couples, and one of them was that of Elizabeth Sobinoff and Seb Guilhaus.

Elizabeth Sobinoff was a participant in season 6 of the series as well, but even after that relationship crashed and burned, she didn’t give up hope on finding her true love and came back again for season 7. This time, the unforgettable bride got paired up with the 30-year-old semi-pro AFL player and personal trainer Seb Guilhaus, a sweet and sensitive man who had his own quirks.

Liz admitted in her wedding vows that she was terrified of going through the whole experience again. And since Seb was worried about getting his heart broken as well, they both walked into their marriage nervous and cautious. Though apprehensive, they were both excited to start this journey, so their wedding itself was something straight out of a fairy tale – they smiled, they laughed, and they impressed each other’s family and friends. It’s as if they found each other endearing from the get-go and got comfortable.

Of course, being strangers who got married, they had their fair share of troubles, but they were always respectful towards one another and managed to overcome all of their issues in the best possible way. After they formed an emotional connection, separating them was almost impossible. Therefore, when Decision Day arrived and they decided to stay together in their final vows, it wasn’t really a surprise for anyone.

Are Elizabeth and Seb Still Together?

Yes, yes they are! Even though Liz was concerned that Seb just wanted a relationship so badly that he would make it work with anyone – that he was attracted to the moment, not to her – she gave him a chance, and thank god she did, because Seb proved her wrong. He wanted Liz more than anything, and he has shown that ever since by doing his best to keep their relationship going. For the reunion episode, these two arrived together and were even talking about moving in together.

Due to the COVID-19 pandemic, unfortunately, the couple is currently doing the long-distance relationship, but that doesn’t stop them from gushing about each other or talking about their relationship on their platform. There have been rumors that they are still together due to contractual obligations or that Seb is an actor, but there has been no evidence that proves that. All that we have is their social media, and from the looks of it, they are more in love than ever.

In the following post, Liz’s caption included the lines, “I’m yours. You’re mine.” and “Many layers to each other, we have communication and dedication, there is definitely more to us than what meets the eye. Seb, you are my man, my king ?” which is contradictory to all the rumors that are floating around about them in the media.