Which MAFS Australia Season 7 Couples Are Still Together? 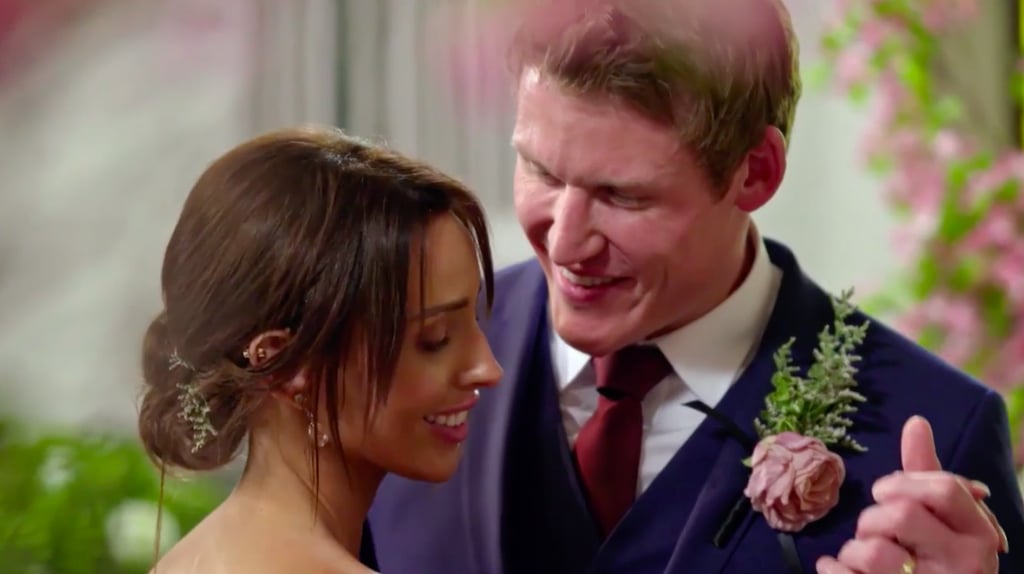 ‘Married At First Sight” is an amazing and out of the box reality dating series. Two individuals who have never met before are paired together by relationship experts following which they get married on their first meeting, or in the case of the Australian series, meet at the altar for a commitment ceremony. Their journey to making their relationship work by going on their honeymoon and then living together for a period of time is followed by Decision Day, where they must decide if they want to stay together or not.

The drama, the romance, and the struggles that each couple faces make the series a gripping watch. If you are wondering how each couple in season 7 of the Australian edition of the series fared? Well, read on, but be warned there are MAFS Australia Season 7 Spoilers AHEAD.

Poppy Jennings, a single mother of twin boys, had seen her fair share of heartbreak so when she applied to be a part of the series and was paired up with Luke Eglin, a single father of two girls, who had the same priorities as her – family and stability – she couldn’t be happier. Unfortunately, things quickly turned around as the couple couldn’t find common ground and fought so much that Poppy decided to leave the experiment early on and go back home to her kids. The couple went their different ways and never even made attempts to reconcile. STATUS: Separated.

When the 28-year-old truck driver met the 26-year-old beauty at the aisle, they had both hoped that they would find their happily ever after with each other. The couple was off to a great start, they were sharing intimate moments, and it was clear that they were enjoying their time together. But, after a while, when Josh and Cathy started having troubles and couldn’t get to know each other on a deeper level, they decided that there was no point in staying together. Therefore, they broke up and left the show so as to move on with their lives. STATUS: Separated.

The same-sex couple were both looking to connect with someone on an emotional level, someone they could trust and rely on, and someone with whom they could be affectionate without any issues. So when the experts paired them together, we all had high hopes. Unfortunately, their personalities clashed, which led to them having a very tumultuous relationship throughout their time on the show, so honestly, it was no surprise that it ended in disaster. Amanda and Tash constantly bickered about every little thing, so when they had finally had enough, they decided to break up and leave the show. Now, while Amanda is still looking for her person, Tash has already moved on and found love with Madison Hewitt. STATUS: Separated.

While Natasha is an outspoken and confident person, Mikey is more on the reserved side. Although self-assured, Mikey has had troubles in the past when it comes to dating because of his shyness when it comes to talking to women. Therefore, when he was paired with Natasha and the two clicked immediately, we were all hoping for a happy ending. Of course, they had their ups and downs, but they were determined to make their relationship work.

However, even though their romance seemed to be going strong, after Natasha met Mikey’s parents, the couple shocked everyone by announcing that they realized that they were better off as friends and had come to the mutual decision to break up and leave the experiment amicably. Natasha has a YouTube channel where she updates fans with whats going on with her life, and it looks like Mikey has found love with a woman named Kelly Burke, so it all worked out perfectly for them. STATUS: Separated.

The relationship between the 32-year-old finance broker and the 31-year-old truck depicted on the show is a perfect example of a toxic relationship. When the couple started having problems, and David decided to leave the experiment on a Sunday’s commitment ceremony, Haley wrote “Stay” as a form of revenge towards him and to keep them both going in the show.  So, the experts had no choice but to actually eject the couple from the experiment, which was followed by them splitting up. STATUS: Separated.

Vanessa and Chris’s relationship seemed to be going really steady throughout the show. During the couple of Sunday commitment ceremonies that they had been a part of, they had decided to stay together. However, when it came to meeting the in-laws, all hell broke loose. Chris decided to go to the gym and left Vanessa to prep for everything herself, assuming it would be a sort of release for her. But, what it led to was Vanessa finally breaking down and admitting how rejected she felt by him in front of everyone. The moment was awkward to say the least, and when Chris still didn’t show any compassion for his wife, they called it quits and left the show. STATUS: Separated.

Connie and Jonethen were probably one of the strongest couples of the season, their deep connection, and how they handled every aspect of their relationship was so commendable that we were hoping that they lasted forever. However, when Decision Day arrived, they both decided that instead of being romantically involved, they wanted to stay friends. Connie even thanked her husband for coping with her and teaching her all about self-love. It looks like although they didn’t get a happily ever after, they did walk away with an amazing friend and a fantastic experience. STATUS: Separated

Ivan and Aleks had a turbulent relationship on the show. Their difference in lifestyle, values, and personality created a divide between them instead of a balance. Therefore, they soon decided that it would be better for them to call off their relationship and leave the show rather than stay together and argue all the time. Aleks did say that the couple briefly reunited after leaving the show without all the cameras around, but failed to make it work again. STATUS: Separated.

Having grown-up kids who are now living their own lives, Mishel, the 48-year-old, and Steve, the 52-year-old, wanted to find love and happiness again after having their fair share of romantic troubles and heartaches. Even though their relationship got off to a rough start with a cheating bombshell being revealed and their early honeymoon squabbles, it seemed like the pair were willing to put in all the energies into making their relationship work. However, when it came to making the final decision, while Steve said “yes,” Mishel knew that they weren’t right for each other, and said “no.” Therefore, the couple separated and went their own ways. STATUS: Separated.

Elizabeth had come on the series once before to find love but was unsuccessful, so in season seven, she came back again hoping for a better outcome and got paired up with the sensitive and passionate Seb. Like every other relationship, theirs had a bit of trouble as well, but considering how they were just mere strangers when they got into a committed relationship, they managed to overcome all of their issues in the best possible way. After developing an emotional connection with one another, in the end, they decided to stay together. In fact, even after all this time, they are still in a very loving and healthy relationship. STATUS: Still Together.

Both single parents with troubled pasts, Stacey and Michael, were looking for someone who they could spend the rest of their lives with and who could provide their kids with some stability. Both Adelaide natives as well, they had a lot of things in common, but still, their relationship had issues. Stacey had trouble adjusting to Michael’s lifestyle and continuously complained about his immature behavior. Nevertheless, they managed to keep their romance alive long enough for both of them to say “yes” to staying together on Decision Day. However, they separated soon after that and are no longer involved with each other in any way. STATUS: Separated.

KC and Drew had what could only be described as a fairytale romance. They way they both respected each other and had each other’s backs through thick and thin made us think that they had a real shot at ending up together. With KC being from New South Wales and Drew being from Queensland, even though the couple couldn’t decide on a place to settle down in, they both decided to give their relationship a try long-distance and said “yes” when it was time to make their final decision. However, after filming ended, they soon realized that their connection was primarily physical and broke up. Now, KC is in a serious relationship with her season seven co-star Michael Goonan, and Drew is enjoying the benefits of a single life. STATUS: Separated.