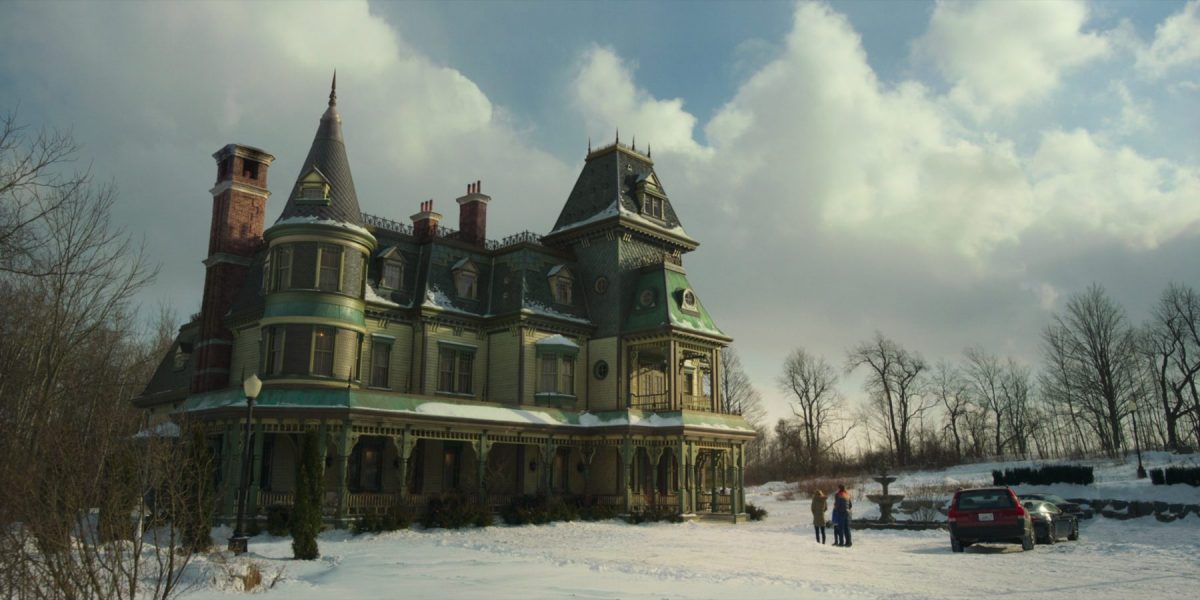 ‘Locke & Key’ follows the story of the Locke family – mother Nina, and kids Tyler, Kinsey, and Bode, who move to their father’s old family home called “Keyhouse” in Matheson, Massachusetts after his gruesome murder. As it would happen, the Lockes soon discover that the Keyhouse is host to mysterious magical keys that grant marvelous powers. However, they are not the only ones aware of the keys’ existence, and an evil entity called Dodge is out to acquire them for himself.

If you were wondering where was ‘Locke & Key’ filmed, read on to find out everything we know.

The setting of both the show and the comic ‘Locke & Key’ is Rendell Locke’s ancestral home Keyhouse in the fictional town of Matheson in Massachusetts. However, the producers were aware that actually filming in Massachusetts would not be a viable option, and instead chose to film in a number of locations across Canada including the city of Toronto and the maritime province of Nova Scotia.

Canada and more specifically, Nova Scotia, is increasingly becoming a popular filming location for Hollywood due to the generous film incentives and reimbursements offered by the government to foreign productions. Lindsey Springer, executive producer on the show reveals how they went about picking Nova Scotia for the filming, “We talked to the film commission, saw a few photos of the area, did a scout and fell in love with it. We thought, this has to be the place. It has been.”

Actress Darby Stanchfield, who plays Nina Locke on the show posted this picture of herself with the some of the cast on her Instagram account:

The principal photography for ‘Locke & Key’ took place inside of a roughly four month period between February to July 2019 in the city of Toronto. Toronto is the largest city in Canada, and is renowned for being a hub for music, theatre and movie production and is home to most of the major national broadcast networks and media outlets in Canada. It is also a veritable tourist hotbed, seeing well over 43 million tourists to their shores each year.

Toronto is a fairly popular filming location for numerous films and TV shows, including the likes of ‘Black Mirror’, ‘Schitt’s Creek’, ‘The Boys’, ‘Star Trek: Discovery’ and ‘Suits’.

Check out this picture posted by a fan of the filming for ‘Locke & Key’ in Toronto:

‘Locke & Key’ has also filmed numerous scenes in the historic town of Lunenburg in Nova Scotia, Canada. Lunenburg is a small port town on the South Shore of Nova Scotia that was founded nearly 270 years ago for British Protestants, and has been designated as a UNESCO World Heritage Site since 1995. To this day, Lunenburg still retains the same layout and appearance it had in the 1800s including the local wooden architecture. The core of Lunenburg is also a deemed National Historic Site of Canada.

‘Locke & Key’ producer Barbara Muschietti explains her reasoning behind picking Lunenburg as the filming site, “We were looking for very particular aesthetics for a fictional town in Maine, and Lunenburg has been perfect. We wanted the seaside, a beautiful small town. That’s what Lunenburg is in our eyes.”

A production crew of seventy came in from Toronto and enlisted the help of a few locals for the filming, which took place in a number of local attractions such as Ovens Natural Park, the town center, graveyard, and gazebo.

Check out this photo posted by Stanchfield while filming in Nova Scotia. You can even spot the colorful buildings of Lunenburg in the background:

Other movies and TV shows that were filmed in Lunenburg include ‘Haven’, ‘Dolores Claiborne’, and Tom Selleck’s ‘Jesse Stone’ TV movies.