In its fifth episode, ‘Loki’ continues to be as chaotic and fun as ever. More information is given about what pruning really is. The concept of the Void is introduced, as are the things and entities existing beyond it. A lot of Lokis appear in the episode, ready to backstab each other for their “glorious purpose.” The reptile Loki turns out to be an alligator and not a crocodile. The audience learns even though the TimeKeepers are revealed to be mindless androids, the purpose of life hasn’t changed for Sylvie (Sophia Di Martino); she still wants to bring down the TVA. Here is everything you need to know about the ending of Loki episode 5. SPOILERS AHEAD.

In the penultimate episode of the season, titled ‘Journey into Mystery,’ Loki (Tom Hiddleston) is as confused as ever since picking up the Tesseract and teleporting to Mongolia. He learns from Classic Loki (Richard E. Grant), Boastful Loki (Deobia Oparei), and Kid Loki (Jack Veal) that he is now in a place called the Void, where an entity made up of evil-looking clouds — called Alioth — hunts all the variants that the TVA prunes. He accompanies them and Alligator Loki to their bunker and tries to convince the others that they must find a way to escape. But the others have been in the Void for a much longer time, and they have lost all hope of ever getting out of the prison that seems to be located at the end of time.

Loki declares that he will kill Alioth and escape from the Void, making the others laugh at him. Exasperated, Loki tries to go out on his own and runs into an entire army of Lokis. It is revealed that Boastful Loki has betrayed them. Soon, the entire situation descends into pandemonium as Lokis start fighting each other. This, however, gives Loki the chance to escape with Kid Loki, Alligator Loki, and Classic Loki. 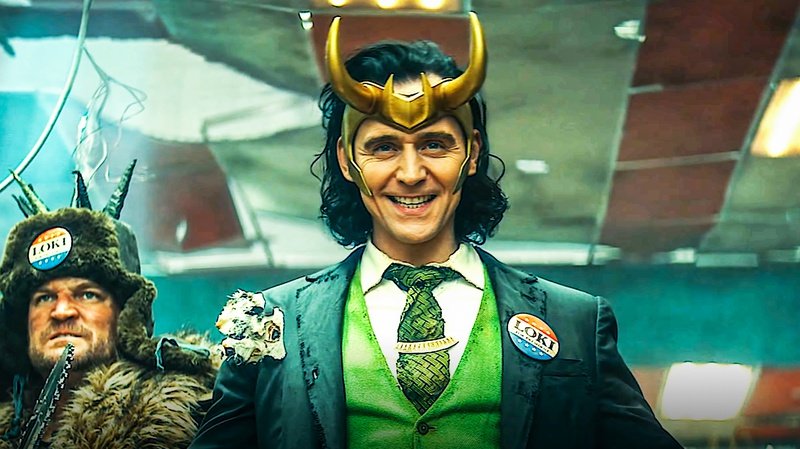 Meanwhile, at the TVA headquarters, Sylvie and Ravonna Renslayer (Gugu Mbatha-Raw) seem to come to a truce to find out who is really behind the TVA. Sylvie figures out that the TVA leader might be beyond the Void. As Ravonna tries to stall for time with the help of Miss Minutes, Sylvie sees through her plan. As soon as the Minutemen arrive to rescue Ravonna, Sylvie falls back and hides behind the judge’s counter. She realizes that the only thing she can do now is to go to the Void and find answers there. So, she prunes herself and is transported to the Void.

As she escapes from the shooting smoky tendrils of Alioth, she touches one of them and has a brief vision. This is when Mobius (Owen Wilson) comes to her rescue in a pizza delivery car. Like Loki, he too has been transported to the Void after being pruned. The two of them eventually run into Loki and the others. Scoffing at Loki’s idea about killing Alioth, Sylvie reveals her own plan: she intends to enchant the creature.

In previous episodes, we learnt that Sylvie’s powers give her access to the memories of others. A conversation between the Lokis reveals that Alioth is not a force of nature — even though it looks like one — but a living being. Classic Loki even compares the creature to a shark and the Void to a shark tank. Loki deduces that if it is alive, then it can die and then comes up with the preposterous plan of killing it.

Sylvie’s idea is no less ambitious, but she has legitimate grounds to believe that she can do it. When she touches one of Alioth’s tendrils, she gets a glimpse of its past and likely realizes that she can use that memory to enchant the creature. Initially, when they confront Alioth, Loki decides to serve as the diversion for Sylvie to get the required window to cast her spell. However, he is not powerful enough to draw the attention of a colossus being like Alioth and maintain it, not yet at least.

Fortunately for both him and Sylvie, Classic Loki manifests a replica of Asgard from the ruins created by TVA’s pruning. As Alioth’s focus completely shifts to the shining city, Loki and Sylvie, hand in hand, enchant the creature. From what Sylvie implies in this episode, all Lokis have the ability of enchantment, but most of them haven’t realized it yet. With Sylvie’s help, Loki unlocks the power, and together, they enchant Alioth.

Yes, Classic Loki dies while diverting the attention of Alioth. Right before the creature engulfs him, Classic Loki joyously and happily shouts out “glorious purpose,” realizing that this moment of sacrifice is what he had been searching for all his life. If Loki and Sylvie succeed in bringing down the TVA and freeing the timeline, then Classic Loki’s sacrifice will have lasting consequences.

The TVA seems to use two methods to prune anything that they think will be a deterrent to the proper flow of the Sacred Timeline. The reset chargers have a wider effect like explosives and can remove entire branches of time. In comparison, the baton-like weapons that the TVA agents carry are meant for pruning individuals. In episode 5, we finally learn that pruning doesn’t necessarily mean death, even though it is supposed to be for all intent and purpose. After pruning, all variants end up in the Void, from where nothing can escape.

What is the Void?

From what Ravonna tells Sylvie, the Void is located at the end of time, “Where all the instance of existence collides at the same point and simply stops.” The TVA believes that the end of time is still being written, and the TimeKeepers will continue to work on it until it becomes a utopia. Sylvie realizes that whoever controls the TVA is beyond the Void. Sylvie has survived by hiding in the apocalypses, where even the TVA can’t detect her. She theorizes that the creator of the TVA must be doing the same at whatever exists after the Void.

In the MCU, Alioth seems to devour everything that the TVA prunes, from individuals to entire realities. It is a living barrier between the Void and whatever exists beyond it. In the comics, Alioth is something different. The first creature that liberated itself from the bondage of time, Alioth established an empire that spanned billions of years, dwarfing even the empire of Kang the Conqueror (who is set to make his cinematic debut in ‘Ant-Man and the Wasp: Quantumania’). In episode 5, after Alioth’s enchantment, the menacing cloud parts to reveal a castle, which is likely the home of Alioth’s master and the creator of the TVA.