Lord von Schmitt on Shark Tank: Everything We Know 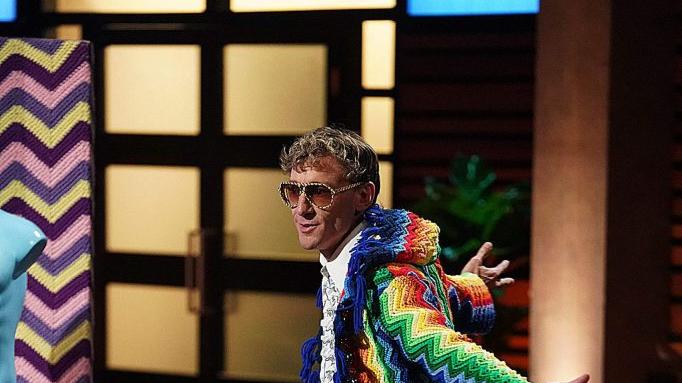 It is not easy for entrepreneurs to dive into the waters of ABC’s ‘Shark Tank.’ The business behemoths who listen to the young entrepreneurs pitch their ideas, do not hesitate to take apart a poor business plan. However, they are often willing to invest if they pick up on the budding entrant’s drive and hunger to make it in the world of business. In Shark Tank season 11 episode 22, we are introduced to four companies. One of them is Lord von Schmitt, which has their own fashion-wear. Here’s everything we know about the company and its product.

Lord von Schmitt: What is the Company’s Story?

Schuyler Ellers is the man behind Lord von Schmitt. His love for colors, art, theater, and the bizarre can all be seen in the designs he’s created. Ellers discovered costume designing at Columbia University. After graduating, he moved to Barcelona, where he designed costumes for low budget films, using what he could at thrift stores. His roommates taught him to knit and sew, and Ellers took to it immediately. However, he realized it was not the most efficient way to make clothes. Foraying into thrift stores allowed him to hit upon Afghans, flaunting brilliant colors and flamboyant patterns. Instead of crochet blankets, Ellers saw it as folk art created by artisans in the past. He seized the opportunity to turn them into ‘wearable sculpture.’

It led to Lord von Schmitt being founded in 2010. It was Ellers’ nickname in college. The company comes out with high fashion knitwear that is warm, comfortable, and eye-catching. The fashion style is reminiscent of the 1970s. Think Woodstock, the Isle of Wight, and Newport. Although he had a slow start until 2015, a review made his products viral.

Since then, Ellers has been featured in the New York Times. He has come up with a secret sewing technique that does not make the afghan unravel when it is cut up. You can check out a picture of Ellers pitching his fashion line to the businesspeople on ‘Shark Tank.’

Lord von Schmitt: What Do They Do?

As you’ve already understood, Lord von Schmitt comes out with custom made clothes that are created from Afghans. The company is essentially making crochet cool again, and since it is made from recycled and repurposed material, it is an environmentally conscious venture.

Lord von Schmitt’s line of unisex products includes underwear, swim trunks, shorts, pants, onesies, overalls, ponchos, hoodies, coats, and umbrellas. The business has grown to attract customers, and as a result, the price of the products has gone up. Ellers can get up to $2,500 for some products. Although the entrepreneur has not dropped names, we are given to understand that some important and influential people like what Lord von Schmitt has to offer. His products also happen to be popular within the international LGBT community.

In light of the recent coronavirus pandemic, the business has taken a slight hit. The Burning Man counterculture festival in Nevada is one of the places where Lord von Schmitt secures a lot of sales. Since it stands canceled this year, Ellers will lose sales there. However, he is confident that the appearance on ‘Shark Tank’ will increase his exposure and help improve online sales. Check out the models showing off Lord von Schmitt’s products, on the show, below.

Also, do take a look at the quirky video by Lord von Schmitt that explains the business in Ellers’ own words, below. You can check more details about the company here.