Lottie From The Great British Baking Show: Everything We Know 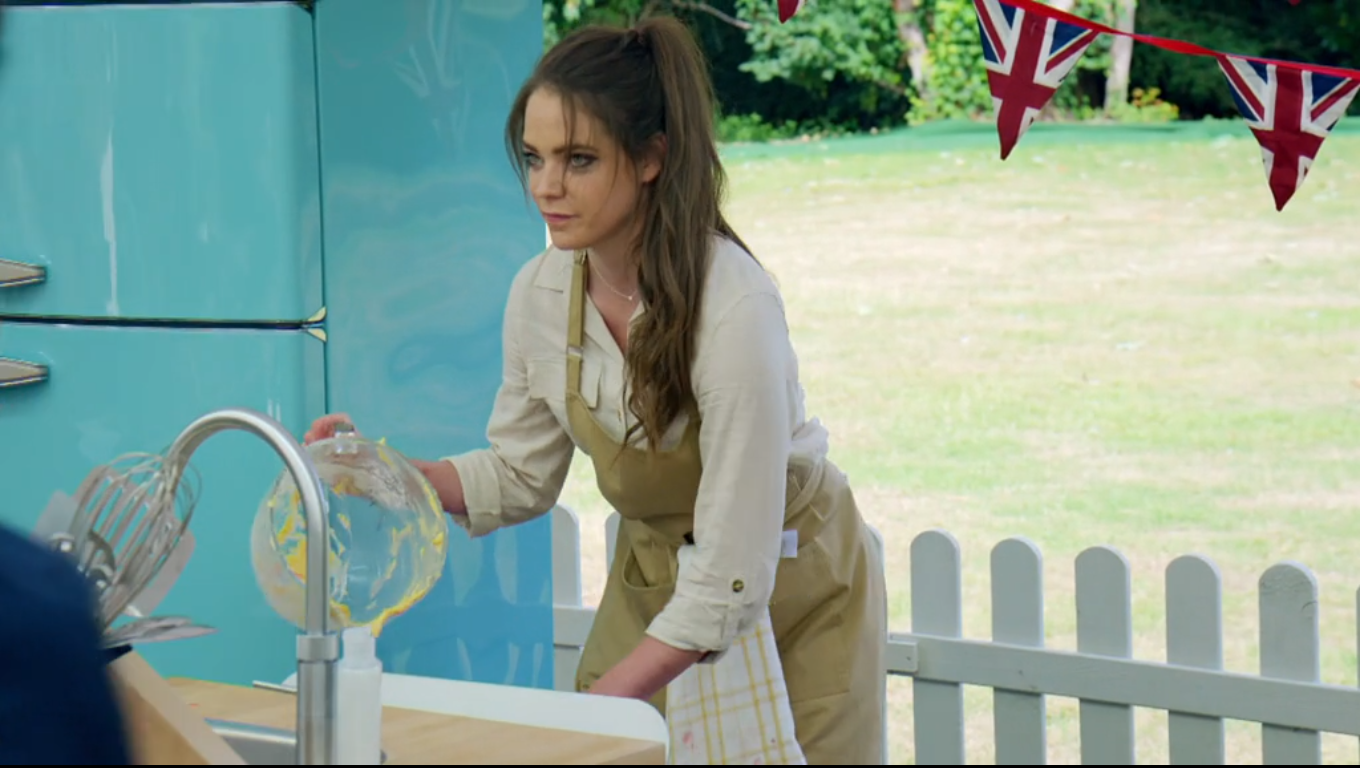 ‘The Great British Baking Show’ is exactly what you’d think it is— 12 amateur bakers enter the iconic white tent to put their best foot forward and showcase their skills. From cakes to pastries, each week a new theme is employed, and the participants must prove that they have what it takes to survive in the competition with every challenge. The first episode of collection 8 is now on Netflix, and in it, we meet many bakers, including Lottie. You can learn more about her in this article.

Lottie is a 31-year-old pantomime producer from Littlehampton, West Sussex. She got interested in baking thanks to her grandmother, who was an avid baker herself. Arguably, the contestant also had the funniest introduction in the show, especially when they juxtaposed her taste of music, Viking metal, with doing yoga with her friend Naomi. Lottie also loves to play video games with her younger cousins.

Lottie uses subtle and dark humor and thus, wishes to incorporate this facet of her personality in her cooking. When asked about her favorite part during the first week of filming, she said, “So many memories! As a group we got really close really quickly because we were all living together and that made it feel extra special.”

The first challenge that was put forth to the contestants was baking a Battenberg. Lottie’s twist on the classic dessert included a custard sponge with a rhubarb jam, covered in striped marzipan. Clearly, she was ambitious from the very beginning! However, the batter for the cake started curdling and so she had to start from scratch. Although she felt the new batch was a bit overcooked, she made it work.

In the end, Lottie produced quite an aesthetic Battenberg with yellow and pink striped marzipan enveloping the sponge cake. It was also “wrapped” in a polka-dotted plastic to emulate the feel of a candy. The judges were impressed with the aesthetics. However, while they did like the cake, they could not taste two distinct flavors as is standard in a Battenberg. They did compliment the rhubarb jam, and she got an A for effort.

Next up was the technical challenge, which had the contestants making six caramel soaked pineapple upside-down cakes. Lottie understood that working with caramel can be tricky and was trying her best to not burn it. Throughout the episode, she is seen joking with the hosts, which serves as its own unique brand of comic relief. For her rendition of the classic dessert, she came in fourth.

A post shared by The Great British Bake Off (@britishbakeoff)

For the final challenge, everyone had to make a 3D cake bust of their personal celebrity hero. Lottie chose to make a coconut and lime version of the British filmmaker Louis Theroux. She used a skull mold as the basis of her cake. Halfway through the challenge, she still had a lot left to do. In the end, however, the judges felt that she had produced a cake that actually resembled her hero. They also felt that the flavors were nice, but the cake itself was quite dry. Nonetheless, we do have high hopes from the baker in future episodes as it is evident that she has a lot of potential.

Read More: 7 Best Shows Like ‘Nailed It!’ You Must See