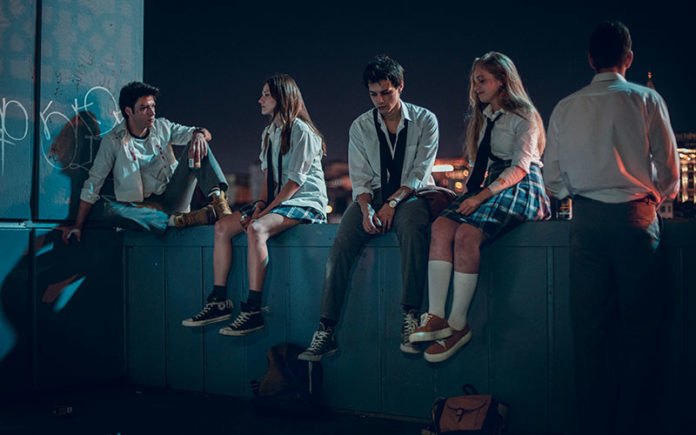 One of the countries that Netflix regularly produces content for/in is Turkey. ‘Love 101’ is another Turkish series that can be streamed on Netflix, making the streaming platform’s portfolio more sundry. ‘Love 101’ is titled ‘Aşk 101’ in Turkish: the original language of the television series. It follows a group of teenage outcasts from a high school who must unite to prevent their teacher from leaving town. The teacher is the only person saving the outcasts from being expelled, and hence, the teenagers must stop her from leaving to save themselves. In order to do so, the students devise a plan to make the teacher fall in love and provide her with a reason to stay.

As mentioned earlier, ‘Love 101’ is a Turkish series. It is set in Istanbul. This is not the first Turkish series by Netflix. Other Netflix shows like ‘The Gift‘ make use of iconic Turkish locations like Göbekli Tepe for the story’s setting and filming location. This adds a sense of distinction and diversity to such international productions. These un-American settings and locations help make storytelling more inclusive and diverse: something Netflix has been gunning for ever since its pivot into content production.

Hence, it is natural for viewers to wonder where ‘Love 101’ has been filmed. The television series can be grouped under high school dramas. Hence, the show is almost entirely set inside the school that the major characters go to. Thus, it is also natural for viewers to wonder whether ‘Love 101’ is actually shot inside a real school. Or, do the show’s makers pass off soundstages inside a production facility or other locations as the school that the story is set in?

As mentioned earlier, ‘Love 101’ is mainly set in the Turkish city of Istanbul. Viewers would be pleased to know that the Turkish series is also filmed in Istanbul. Istanbul is quite an old city with a rich history that is visible in its architecture. Hence, it is quite tough to replicate the city elsewhere.

Moving on, ‘Love 101’ is actually filmed inside a real school in Istanbul. Instead of trying to create an upscale school inside a production facility, the makers must have thought that it would be easier and more authentic to shoot inside a real school. Hence, filming for the show was carried out in Maçka Akif high school on Maçka Cad. No:10 Teşvikiye in Istanbul.

As you can see, the school appears to have been spawned out a history book. Such stunning architecture is commonplace in Istanbul and proves why other cities or places cannot be made to double up as the Turkish city easily.