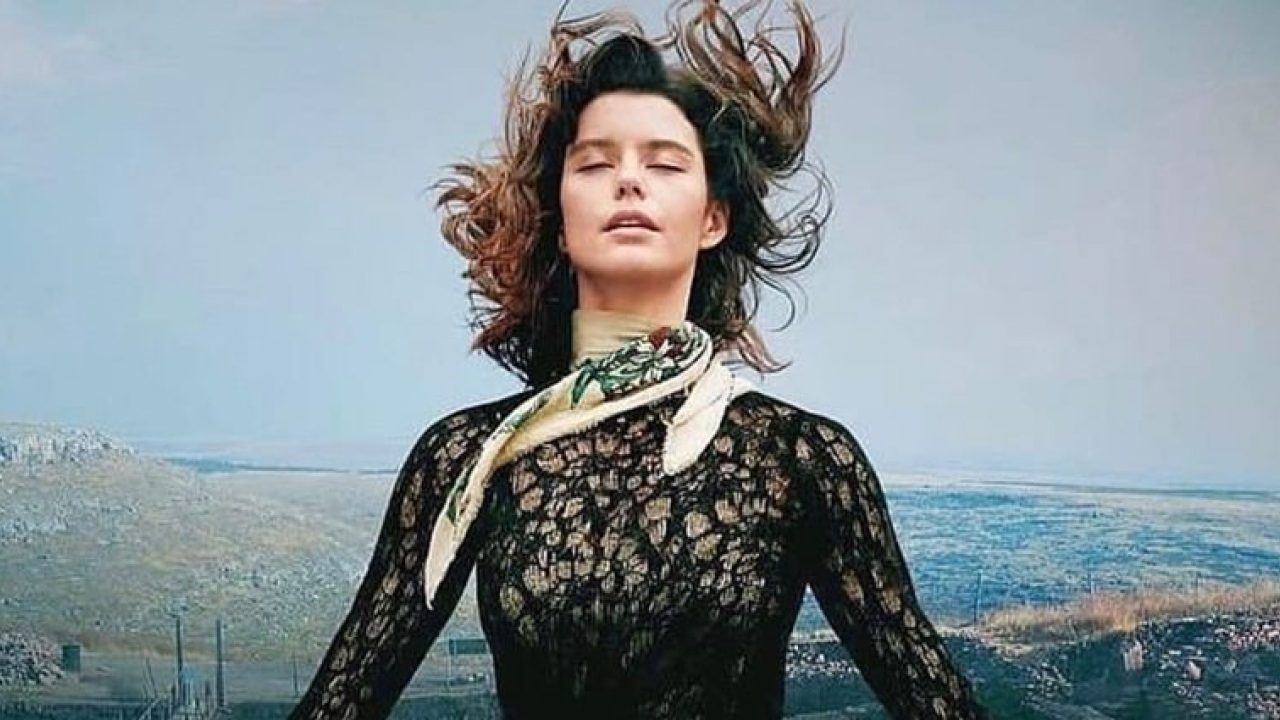 If your New Year’s resolution is, or was, to watch more international shows, then Netflix’s Turkish drama, ‘The Gift’ is a good one to start with. The streaming service has already made a solid case for itself with the German sci-fi mind-bender ‘Dark’, the Danish post-apocalyptic series ‘The Rain’, among others. And now, this supernatural thriller has joined the list. While it is not as great as its German and Danish counterpart, ‘The Gift’ does have a lot to offer to its audience, especially with the ending that makes you reconsider the grounds for the entire story.

‘The Gift’ tells the story of Atiye. She is a painter and has a normal life which is upended after she makes a startling discovery. The symbol she had been using in her paintings since her childhood suddenly appears in a cave that has been sealed shut for thousands of years. She becomes more curious, which the people around her interpret as paranoid, when she starts seeing an old woman and a little girl shepherding her to the places and things she doesn’t know about.

Her path crosses with the archaeologist, Erhan, who becomes interested in Atiye’s story after he discovers a cave-painting that resembles the description of the girl she had told him about. Soon, he discovers that his father had made some ground-breaking discoveries about the place but never shared them with anyone. The more Erhan digs into his research, the more he is convinced that someone wanted to shut down the research and might even have killed his father to keep things quiet.

I went into ‘The Gift’ with no preconceptions, whatsoever. I generally get a synopsis of the series I am about to watch, or at least get a hint of the genre that I will be subjecting myself to. But, with ‘The Gift’, I didn’t do any of that, which turned out to be a blessing. The Turkish series caught me off guard, and while there were times when I would predict some of the mysteries, the times that they surprised me were much more.

It begins just as any other supernatural drama would. A girl with some mysterious power or memories that she doesn’t know anything about. Then there is a creepy person following them around, who disappears whenever you point them out to someone else. Throw in the possibility of being paranoid schizophrenic, but then there is also someone who totally believes everything that a possibly deluded protagonist says. And then there are some very weird connections between the lead characters, as well as undeniable sexual chemistry.

Yes, ‘The Gift’ is pretty clichéd a number of times, but then so is everything else. Even if sixty per cent of it is the repetition of a tried and tested soap opera formula, then there is the rest of the forty per cent that does an impeccable task of drawing you in. The show profits from the unexplored tales and mythologies of Turkey, and the Middle Eastern culture. It has an edge when it comes to exploiting the mystical nature of the culture, and it craftily blends it into the familial drama. The panoramic view of the Turkish lands is an added bonus, and the shots of the archaeological sites give it a distinct tone that feels like a mixture of ‘Indiana Jones’ and ‘The Mummy’ (the old one).

It is not a perfect show. There are times when you wish the characters were more developed or the mysteries were more shrouded, but the show knows how to cut short these feelings. It could have gotten worse had there been more or lengthier episodes. In fact, they could have easily chipped off further and made it a more compact series with fewer episodes. Fortunately, the eight episodes don’t turn unbearable, which isn’t something you can say about a lot of shows these days.

What really made ‘The Gift’ stand out for me was the ending. You can forget all the good and the bad that I have said about the show. If you reach the final scene of the season, you, too, will forget about the critiques that you had made a mental note of. You’ll find yourself going back to the details that had been subtly slipped in between the lines. You’ll try to find something that you can hold on to, to explain to yourself how the show brought about that twist.

‘The Gift’ might not be the best show on Netflix right now, but it is more decent than most. It is fresh, fun and engaging. If you want to curl up with something mysterious this weekend or over the holidays, this one would be a very good choice indeed.