Honestly, masks and face accessories are not even a cyberpunk thing anymore. It is a part of living in a hostile world. Created by Tim Miller, the adult animation anthology series ‘Love, Death and Robots’ often presents a visceral and gloomy picture of the future of humanity. The fourth episode of the second volume, the cyberpunk love story ‘Snow in the Desert’ – which is also one of the longest from the volume – is directed by Leon Berelle, Dominique Boidin, Remi Kozyra, and Maxime Luere from an original story penned by English science fiction writer Neal Asher.

The story revolves around the mysterious lone ranger Snow who is wanted by everyone in the galaxy — from shadowy organizations to notorious criminals — for his superhuman ability of healing. Featuring realistic 3D animation and a visually stunning rendition of the post-apocalyptic civilization, the gripping and sensual narrative gives way to abundant fascination as it moves towards its destined trajectory. If you have had difficulty comprehending the ending twist of the episode, consider us your ally. SPOILERS AHEAD.

The story is set in a post-apocalyptic high-tech world resembling the atmosphere of ‘Mad Max.’ Society is governed by a protectorate, water is scarce, and the unbearable solar heat has made life difficult, especially during the daytime. Humans live side by side with other alien creatures and synthetics. Snow reaches a rusted marketplace to retrieve a package. After getting the required, he heads towards a bar where he encounters a group of synthetic bounty hunters sent by Baris.

Apparently, Snow’s testicles are in high demand. A fight between Snow and the group erupts, and Snow takes a beating, but he is saved in the nick of time by a girl named Hirald. Snow thanks her and escapes the scene with a wounded hand to set his tent in the outer barrenness. Hirald approaches Snow and asks to accompany him on the journey. Snow warns her about the perilous path, but Hirald is not discouraged. 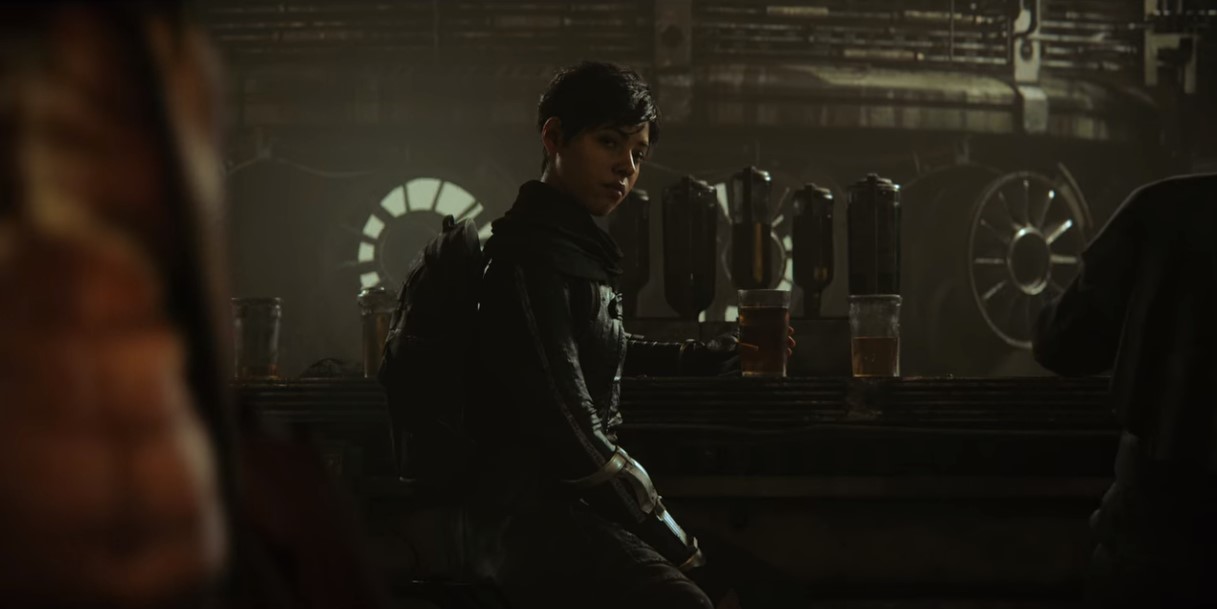 After spending the day in a tent, the pair commences their journey at night. Hirald discloses that she is working for an organization named Earth Central Intelligence. The organization wants a piece of Snow to decode his ability of cell regeneration. Snow takes Hirald to his centuries-old hideout in the backwater canyons, and they engage in sensual lovemaking.

However, Baris has located and breached the hideout. The thugs of Baris come looking for Snow, while Snow attempts to fight stealthily. A showdown between lizard-like Trot and Snow ensues and an injured Snow groans in a world of pain, but Hirald saves the day once more. The story ends with the lovers united, and their secrets laid bare like their hybrid bodies.

In the final clash, Snow defeats Trot, but it costs him an arm and a leg, like literally. Before he can get back up, Jharit points a gun at him, and Snow is left holding on to his dear life. Just in time, Hirald shoots Jharit dead but is herself shot by villain boss Baris. A normal human would not survive the ordeal, but as Baris approaches Snow, Hirald’s hand pierces through the chest of Baris, and the protagonists are out of danger. However, in a final revelation, the audience sees that one side of Hirald is synthetic. As Hirald divulges in a later scene, she survived an accident and went through extensive surgery.

As the result of the surgery, her body comprises of “synthflesh” and “ceramel” while the neural network and the spinal column are humanistic. In essence, Hirald is a human, but in a chimeric world of eroding boundaries between animals and machines, she has been rendered a cybernetic hybrid. This is where the story comes close to the feminist post-humanist construction of a cyborg female body that steps outside essentialisms and naturalisms inherent within the body politic. Following the logic of the cyborg theory, Hirald shows affinity towards phallocentric humanity but does not completely identify with it.

How Does Baris Find Snow? Is Baris Dead or Alive?

The supervillain Baris, we get to know, is after the reproductive organs of Snow. Baris finds out the location of Snow through his associate Meck, as Meck spots Snow in the bar. They come looking for Snow, and a confrontation between them ensues. The thugs of Baris get killed one by one, but in the process, Snow is badly wounded, with his major body parts missing.

Thankfully, he still has his testicles intact, but Baris appears from the shadows, pointing a gun at him. The audiences are overcome with a feeling of dread imagining the fate of the hero. However, Hirald, who was thought to be dead, emerges to be the rescuer in the final moment. As she perforates the chest of Baris with the help of her hand, Baris dies on the spot, especially since he does not possess the same cell-regenerating abilities as Snow.

Why Does Everyone Want Snow?

Snow is gifted with immortality. He has a special cell regeneration ability that makes his body heal faster than normal. When Snow and Hirald go to his house, Snow divulges that the house is 200 years old. He also discloses that his wife died 123 years ago. While it is not clear whether the cause of her death is natural or unnatural, we are certain from the plot that the wife aged naturally while Snow has not aged to this day. The immortality of Snow is the reason that everybody’s looking for him. Maybe the character of Snow is symbolic of the undying patriarchy in the science fiction genre and post-humanist society at large.

What is in the Package?

The story begins with Snow going to a marketplace to get a package. He retrieves the shipment from a grotesque-looking alien and leaves. The alien says that getting these things from Earth is difficult and increasingly expensive. We do not see the package until later in the plot when Snow reaches his backwaters home. The package contains fresh strawberries, which, we get the impression, are rarities in the bleak high-tech world.