Yoshihiro Fukagawa directed the romantic drama ‘Love Like the Falling Petals’ (originally ‘My Dearest, Like a Cherry Blossom’ or ‘Sakura no yōna boku no koibito’) with a magician’s precision and a touch of serenity. The story, borrowed from the 2017 novel by Keisuke Uyama, chronicles a short-lived romance, with metaphors reminding us of adrift times. Haruto looks at the world through his camera lens, hoping to capture a passing moment. On the other end, Misaki struggles with a disease that accelerates time. Meanwhile, the cherry blossom season returns every year, reminding us of the transience nature of life. While the ending is saddening and emotional, you may want to revisit the finale. We shall get to the ending, but let us first recollect the roller-coaster ride of love and heartbreak. SPOILERS AHEAD.

Haruto Asakura, a photographer, clicks the photos of cherry blossom, thinking of a painful memory. He knows how much he hurt her, which takes the story to his past. After months of staying a monk, Haruto decides to finally give haircut a thought, which leads him to the Penny Lane barbershop with a coupon in his hand. In the able hands of Misaki, Haruto looks better than before. Although the haircut seems to be a bit uneven, looking at the happy face of Misaki, Haruto compliments her. As her first haircut, Haruto is a special customer for her, and he keeps revising the salon to catch a glimpse of her. 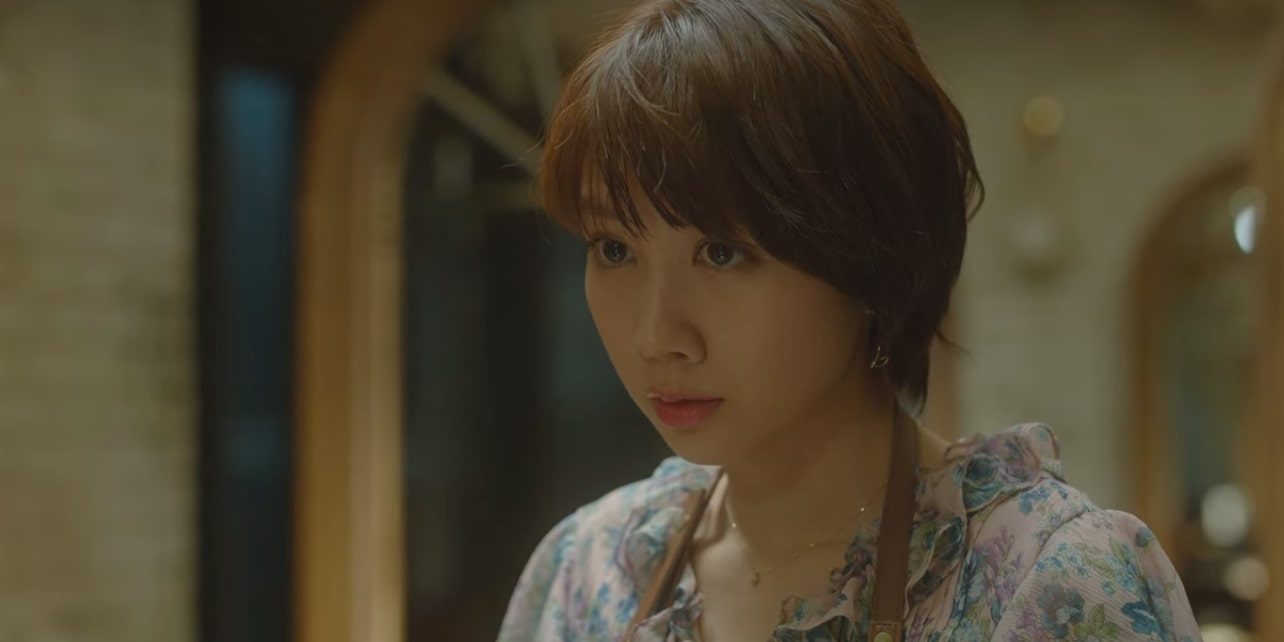 Meanwhile, Misaki does not stop ranting about Haruto, the talented photographer to her family, comprising her brother and his partner Ayano. Haruto means to ask Misaki out on a date during a haircut, but before he can, an earlobe accident causes him to collapse. Misaki is duly apologetic, while she agrees to bear all the cost. They head to a hospital, which leads to exchanging numbers. Haruto finally speaks his mind on the phone, asking Misaki out on a date. Haruto is too formal, and they are in a posh restaurant, the kind of which he does not frequent.

Later, Haruto finally comes clean that he is not a photographer, and Misaki expresses momentary anger about him falling short of pursuing his dream. Haruto ghosts her, only meeting after he rejoins the job at the studio. The romance deepens, but Misaki comes to know that she has a rare genetic condition. Her specific case is the Fast Forward Syndrome, where she would age way faster than an average person. After the revelation, Misaki pushes Haruto away while she counts her days for the coming spring.

Love Like the Falling Petals Ending: What Is Progeroid Syndrome? What Is Fast Forward Syndrome?

Shortly after turning twenty-five, Misaki sees her hair turning gray. While her colleague thinks it’s probably the stress, she naturally suspects something. Misaki heads to the doctor with her brother, who states that she is suffering an onset of the progeroid syndrome. The syndrome in question is a rare genetic disorder that makes life difficult for the patients. Progeroid, possibly derived from Progeria, means “resembling premature aging.”

The term classifies a broad range of diseases, and all of them arise from specific mutations within a single gene. Familial Alzheimer’s disease and familial Parkinson’s disease are two instances of rapid aging seen in older individuals, but they do not affect multiple tissues. Therefore, the coinage usually only refers to Segmental progeria, when the aging permeates multiple or all tissues. When Misaki hears the description of the disease, neither she nor her brother can believe it.

She thinks that the doctor is giving a hypothesis, to which the doctor replies that they need to do some tests. The test results come back, and the doctor is afraid that the situation is Fast Forward Syndrome, one of the rarest among the disease family. While further probing assures that the syndrome is fictional, the category of progeroid syndrome duly exists in clinical pathology. The symptoms are similar to Werner Syndrome, but the onset is much accelerated. In both cases, the disease accelerates aging and premature death. Misaki seems to be one of the unluckiest.

What Happens to Misaki and Haruto?

Misaki’s fate seems to be decided from the day of the diagnosis. However, the viewers still find it difficult to accept Misaki’s fate, much like Misaki herself. Misaki’s brother also does not give up on his sister, despite the rude practicality of his wife. Misaki goes through electromagnetic therapy, but the therapy turns out to be a fraud. After hearing the truth from an enraged customer, the brother turns to his senses. They have lost a lot of money, and the doctor previously said that there is no cure. Misaki undergoes a dramatic transformation, as she loses her hair and the skin wrinkles.

After breaking up with Haruto, Misaki stays confined in her room while the family struggles to cope with the inevitability. However, while on a trip, Misaki sees Haruto dismantling camera equipment, breaking in tears. Finally, Misaki agrees that she needs closure. Misaki’s brother meets Haruto, tells him the whole story, and asks him to come to the house. Like old times, Haruto ends up outside the door, but now, Misaki does not let him enter the room. The small obstacle does not stop Haruto from baring open his heart, who revisits their lingering moments. Haruto opens his first exhibition, ‘Time and Space,’ inviting Misaki. Misaki holds on to her fleeting youth for one last time, visiting the exhibition despite her hesitation.

Misaki looks at the photo of cherry blossom, and the metaphor of the falling petals comes back to the viewer’s mind. Like flying petals, people attempt to capture love, but they only capture the moments. Misaki does not have the luck to survive the spring, and due to Misaki’s wish, her brother does not inform Haruto during the cremation. She dies, leaving a trail of absence in Haruto’s heart. He goes into depression, even turning suicidal. However, Ayano comes to save the ending with a posthumous letter from Misaki. Haruto’s tears turn into laughter when Misaki stresses her love, divulging how glad she was for the earlobe incident. Haruto does not kill himself, while Misaki’s memory stays in his heart for the rest of his springs.

Read More: Is Love Like the Falling Petals Based on A True Story?