Is Love Like the Falling Petals Based on a True Story? 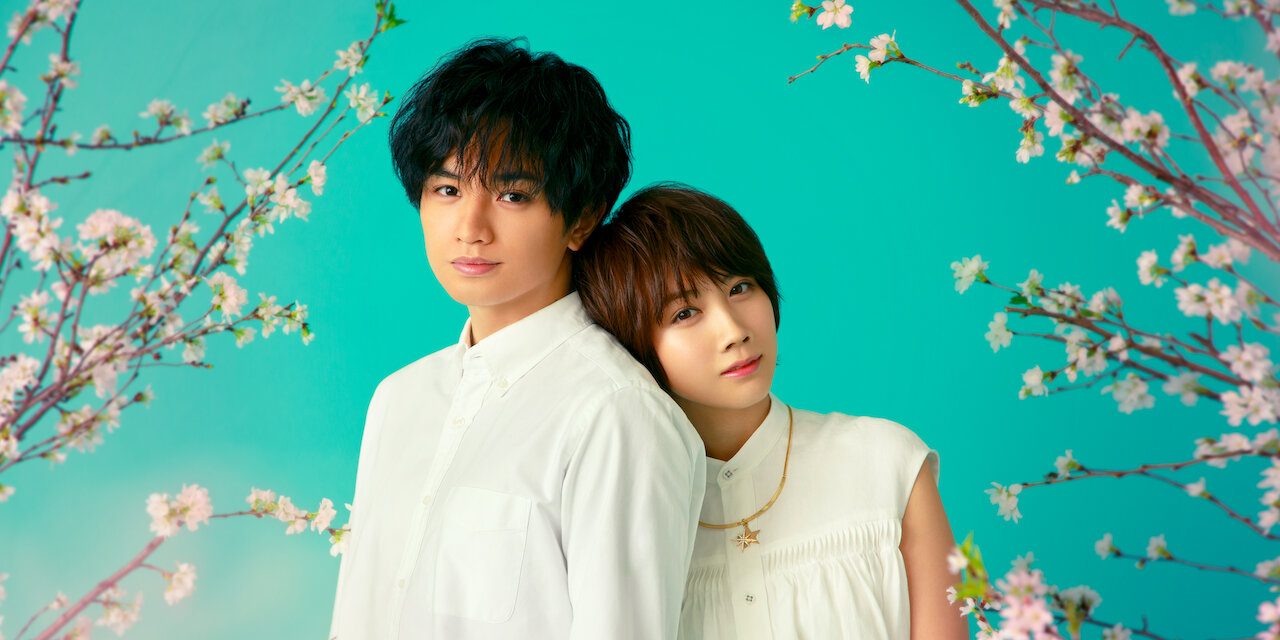 Acclaimed Japanese filmmaker Yoshihiro Fukagawa of ‘Into the White Night’ fame swayed the audiences with the romantic drama movie ‘Love Like the Falling Petals’ (originally titled: ‘My Dearest, Like a Cherry Blossom’). When aspiring photographer Haruto Asakura visits the Penny Lane barbershop, in need of a haircut and some reinforcement, he does not anticipate meeting the woman of his dreams. Hairdresser Misaki, who is only beginning the journey of owning a barbershop of her own, causes an accident when Haruto is just about to ask her out, ending up at a hospital with the injured.

Both have developed feelings for each other since Misaki cut Haruto’s hair on her first assignment. However, Haruto lies to her about him being a photographer, but Misaki is furious about him lying. Haruto agrees to reach his dreams, and after months of ghosting, they finally seem to have a chance of ending up together. However, just when things begin to look hopeful, life throws lemons at Misaki. Following the melancholy-tinted ending, you may seek to know whether the tale has a realistic basis. If so, you may bank on us.

Is Love Like the Falling Petals a True Story?

No, ‘Love Like the Falling Petals’ is not based on a true story. Although emotionally fervent, and saddening to the core, the story is mostly fictional. Yoshihiro Fukagawa directed the movie from a screenplay penned by Tomoko Yoshida, who previously worked on movies like ‘Let Me Eat Your Pancreas,’ and the TV show ‘The Full Throttle Girl.’ The screenwriter borrowed the story from the bestselling novel ‘Sakura no Yona Boku no Koibito’ by Keisuke Uyama. The novelist also writes for television shows and movies, including Hideki Takeuchi’s fantasy romance venture ‘Tonight, at the Movies.’ After the publication of the novel on February 17, 2017, by Shueisha, it got recognition from national readers, thanks to the emotive story and grounded characters. 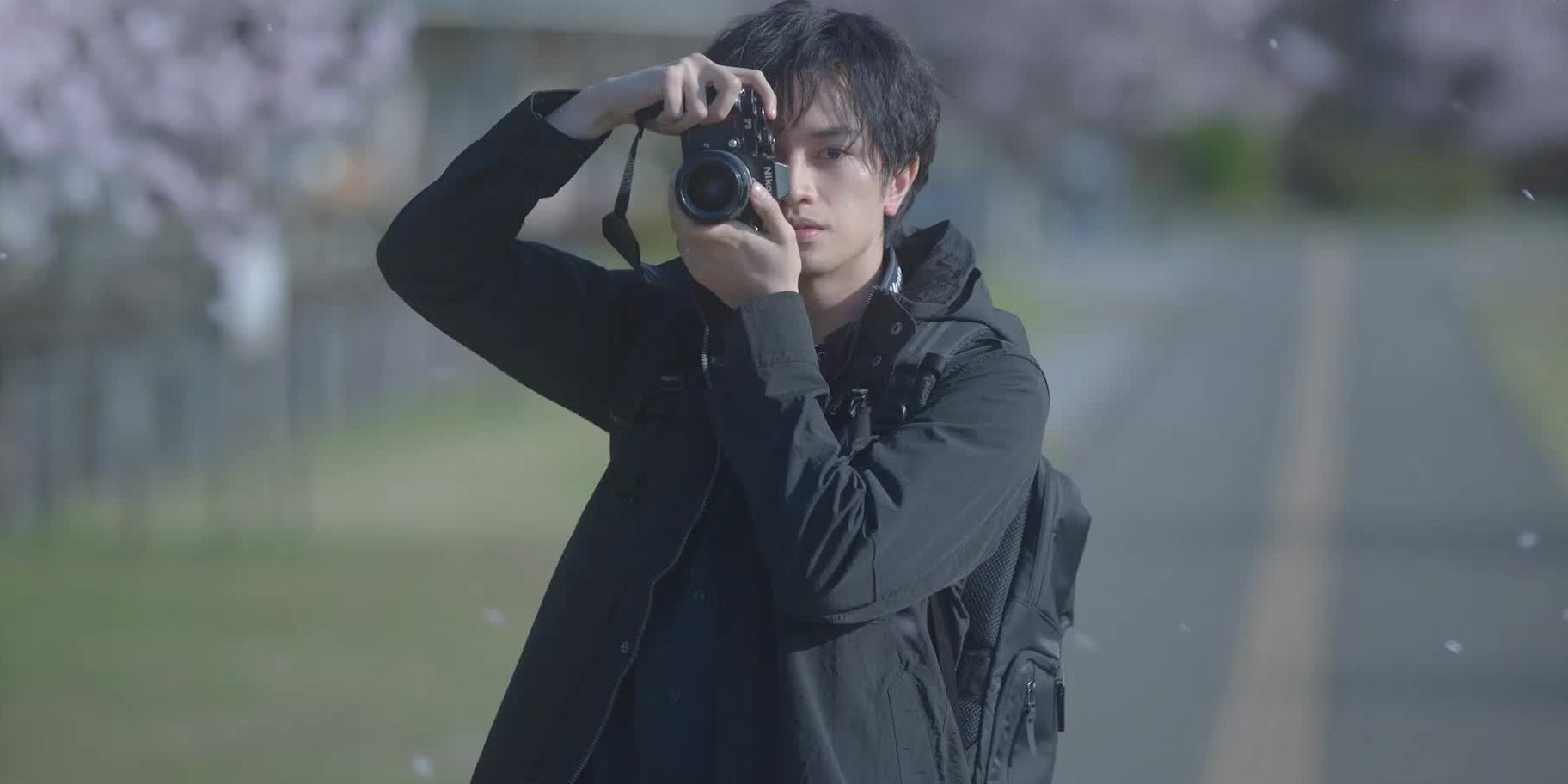 While lending a look at a rare genetic disorder, the book also symbolizes love as transient and fickle as “falling petals” on a cherry blossom. Now, the Japanese culture has a special place for the cherry blossom season (or “Sakura”), which stands as a metaphor for cyclical time and fleeting life. It is a time of renewal, and at the same time, you feel the burden of time on your shoulders. You can find the symbol of cherry blossom in the classics of Japanese National Cinema. For example, the first story of Akira Kurosawa‘s ‘Dreams’ weaves folklore closely related to the festive season.

The passing of time is all the faster for Ariake Misaki, the protagonist of our tale, who is diagnosed with a rare genetic disorder that causes rapid aging. Although the story is fictional, Misaki’s condition is based on an actual syndrome. Progeroid Syndrome, as the doctors call it, is not one genetic condition, but rather a cluster of disorders that cause individuals to appear older than they are. Progeria, a condition where the patients age really fast, is a kind of PS, but it is not the only variant. From Werner syndrome (WS) to Xeroderma pigmentosum (XP), there are six major variants of the syndrome.

While the condition depicted in the movie, ‘Fast Forward Syndrome,’ is possibly fictional, Misaki’s condition comes close to patients of Warner Syndrome. The mean age of the diagnosis of the condition is twenty-four, and Misaki discovers her fate when she is twenty-five. WS leads to premature graying of hair, hair fall, premature aging of the face, and wrinkling of the skin, much like what happens to Misaki towards the end. Moreover, the condition is malignant – meaning that it often leads to a severe worsening of health. However, people live much longer, up to around fifty, than Misaki in the movie. Therefore, the story has some realism, and a lot of heart, although Misaki’s story is by no means the first cultural representation of the condition.

David Fincher made ‘The Curious Case of Benjamin Button’ from the eponymous short story by F. Scott Fitzgerald, which is thought to be one of the first literary representations of the syndrome. In 1996 coming of age comedy ‘Jack,’ Robin Williams plays a character diagnosed with Werner Syndrome. 2006 Japanese movie ‘Taiyou no Uta’ reflects on a protagonist struggling with xeroderma pigmentosum, a condition where sunlight causes irreparable skin and tissue damage. 2018 silent hit ‘Midnight Sun‘ also chronicles the same condition. However, the endearing characters and the slow and dreamy visuals finally elevate the realism of the movie to another level, while the lens remains empathetic. Therefore, although the story is fictional, the premise is a reflection of truth.

Read More: Where Was Love Like the Falling Petals Filmed?