Is Love, Victor Based on a True Story? 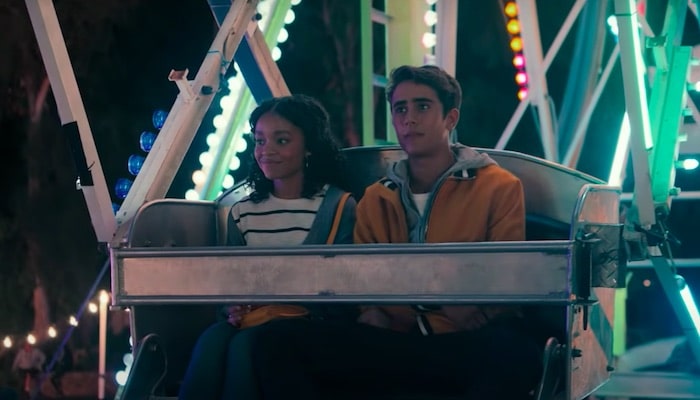 ‘Love, Victor‘ a Hulu series, which serves as a spin-off or spiritual successor to ‘Love, Simon.’ The 2018 movie had proven to be a feel-good coming-out story that managed to charm viewers and critics both. However, ‘Love, Victor’ meets the tall expectations of its predecessor handsomely, while ironing out some of the imperfections related to perfection/relative ease of ‘Love, Simon.’

The show revolves around its titular character who moves to a new school during his sophomore year, thanks to his family shifting. He wishes to accept his homosexuality in the new school but ends up hiding it due to heteronormative pressures. However, he faces a tougher climate than Simon due to his more conservative parents. In an attempt to fit in, followed by exploring his sexuality, Victor ends up dating the most popular girl in high school.

The series also tackles the story of other, secondary characters on the show, providing a holistic narrative filled with wholesome moments of accepting imperfections and striving for introspective change. The titular character is essayed by Michael Cimino from ‘Annabelle Comes Home.’ Some of the other characters include Rachel Naomi Hilson, Anthony Turpel, Bebe Wood, and Mason Gooding.

Is Love, Victor a True Story?

Several viewers might have wondered whether ‘Love, Victor’ is based on a true story because of how touching Victor’s journey feels. The confusion, stress, and fear of coming out of the closet is portrayed exceptionally well in ‘Love, Victor’ leading viewers to wonder whether a true story was adapted.

However, ‘Love, Victor’ is completely based on a fictional story. Those behind the show meticulously worked on the script to iron out several complaints that some viewers had aired after watching ‘Love, Simon.’ Moreover, they were also tasked with the responsibility of making ‘Love, Victor’ stand out on its own. While ‘Love, Simon’ proved to be a wonderful movie overall, some thought that it opted for an overtly simplistic premise for a feel-good tone. The protagonist’s parents, for instance, readily accepted their son’s sexuality. Hence, many argued that ‘Love, Simon’ only presented one kind of coming-out story. With ‘Love, Victor,’ the writers provide a more rounded picture.

“The one piece of feedback we heard consistently was that Simon’s story was one particular version of coming out. It was, intentionally, a wish-fulfillment, charmed version of a coming-out story. A lot of people said it was great to see that glossy version, but wished there was a version that looked a little more like mine, or that was a little bit messier, or that told the story of a character who had the odds a little bit more stacked against him,” series creator, Isaac Aptaker told Vulture.