Made in Abyss Season 2 Episode 8 Recap and Ending, Explained 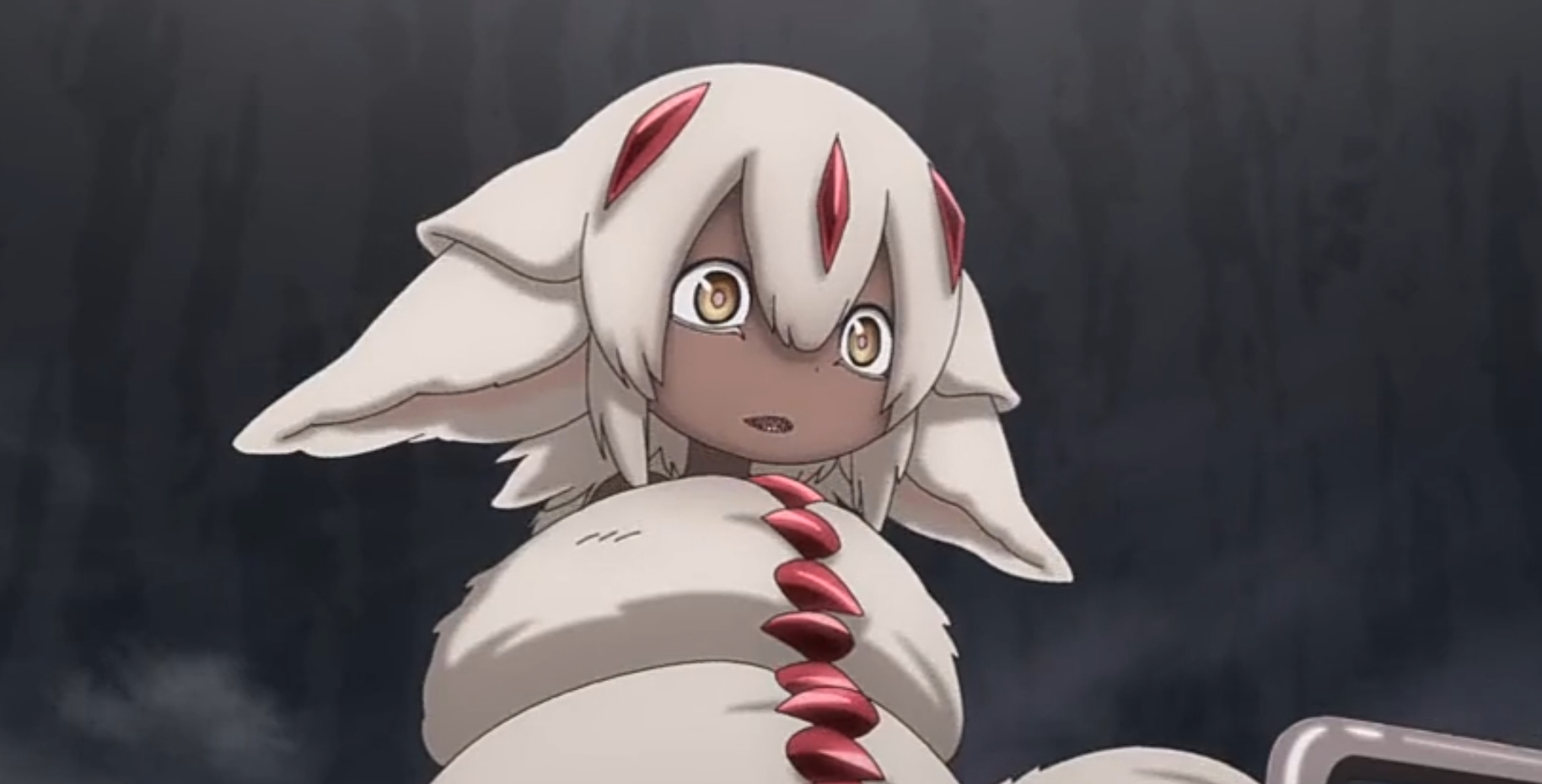 Made in Abyss Season 2 Episode 8 Recap

Since Nanachi is now possessed by Belaf, who will only leave her if he is provided with some body parts of Faputa, Reg decides to return to her. After a long travel, he finds his old friend but he can barely recall the time that has supposedly spent with her. Reg explains the situation to Faputa after which she asks him to fulfill his promise which he, unfortunately, does not remember.

Although he asks Faputa about it, she does not provide any direct answers and just tears one of her arms apart to offer to Belaf in return for Nanachi’s freedom. Meanwhile, Vuelo continues to tell the tragic tale of the Ganja tribe which suffered terribly after arriving in the sixth layer of the abyss.

After eating Irumyuui’s kids, the Ganja people did recover very quickly from their mysterious disease. Unfortunately, Irumyuui continued to suffer as she lost one child after another. Vazukyan did not even let her spend a few moments with her kids. He took them away as soon as possible so that they can be cooked fresh- exactly when their medicinal and nutritional values are highest.

As days pass, Irumyuui’s bodies deteriorate along with her mental condition. She just becomes a shell of the person she once was and is stuck in a cycle of pain and misery that appears endless. However, Vazukyan is convinced that things will eventually change for the better and continue to make tough decisions that ensure the survival of his people.

Made in Abyss Season 2 Episode 8 Ending: What Were Irumyuui’s Wishes? 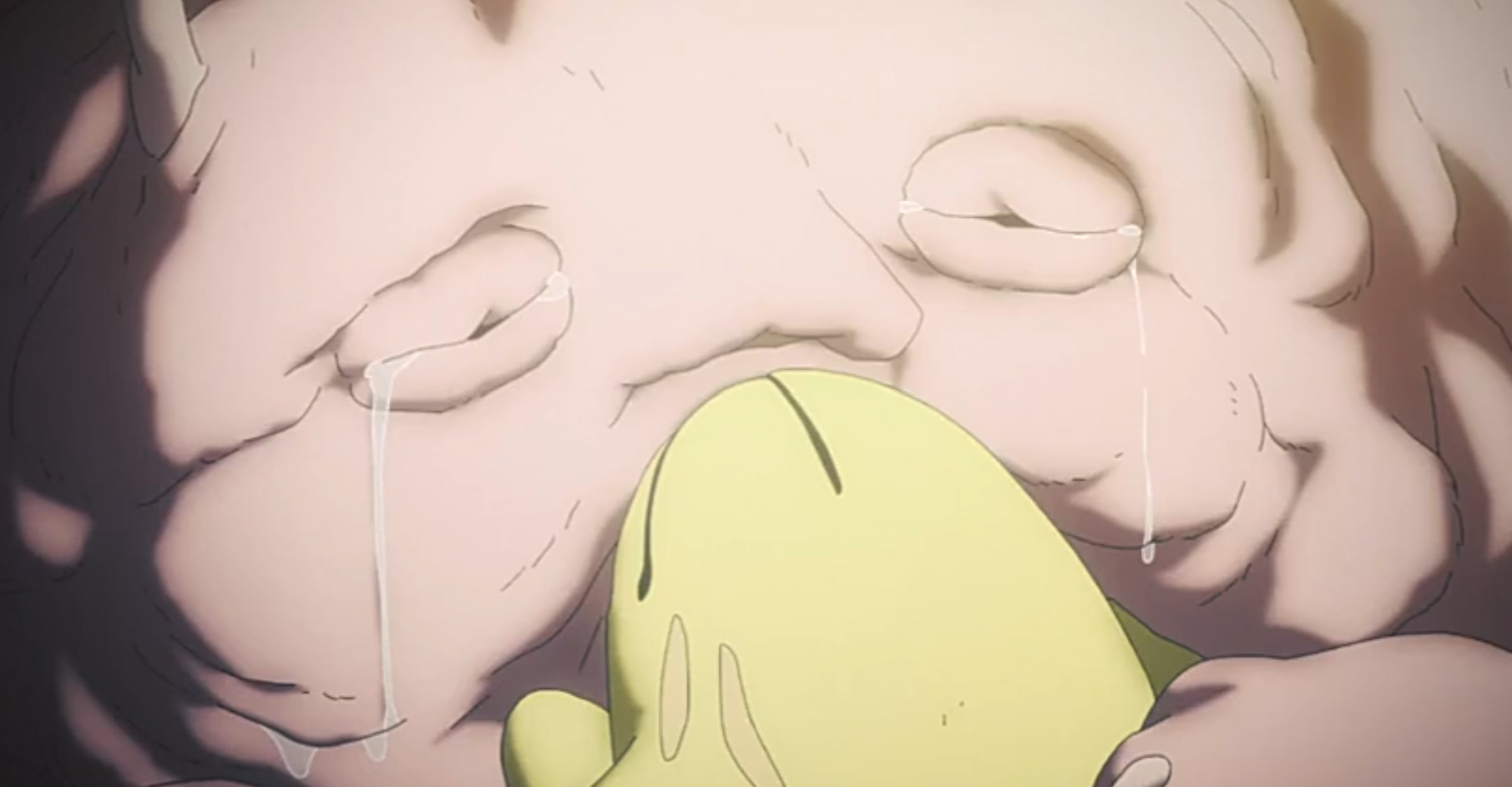 After being granted the power to get any of her wishes fulfilled, Irumyuui wished for three things. Since she was in excruciating pain, she wanted it to go away, which is exactly what happened. Her lifelong desire and regret have been not being able to give birth to children for her tribe, so she wanted children of her own. Unfortunately, that wish transpired tragically as she lost most of her children soon after their birth. The final wish of Irumyuui was to save the Ganja people with her, which she did, despite knowing what they have done to her and her children.

After giving birth to countless children, all of whom were taken away from her, Irumyuui finally appeared to be ready to fulfill her final wish. Despite overgrown into a grotesque monster, she managed to move quite swiftly as the rest of the villagers ran behind her. While she ate the flying creatures nearby, Belaf begged her to be punished for his mistakes and wanted to be devoured by her. As if Irumyuui listened to his painful appeal, the skin from her back began to crumble and it eventually left an entrance inside her body.

Belaf saw this as a chance to finally pay for his mistakes and entered without any questions. As the villagers stared in disbelief, his body was held together by tentacles and then crumbled to pieces after which he was reborn with a new body. The villagers were ecstatic but Vuelo did not wish to follow Belaf’s example. She has had enough and planned to jump from the cliff to end her miserable life. However, Vazukyan realized something was wrong and followed her.

Just when she jumped, he managed to catch her by the arm, while the rest of the villagers allowed their souls and bodies to be devoured by Irumyuui as well to be reborn. Later the Ganja whose souls and bodies were devoured by Irumyuui formed the Narehate Village Ilblu. Meanwhile, Vuelo, who was saved by Vazukyan because she is like a mother figure for Irumyuui is placed inside her head, where she can listen to everything that is happening in the village (Vuelo stays there until she is ultimately freed by Riko).

How is Faputa Related to Irumyuui? What is Her Goal And Why Hasn’t She Achieved It? 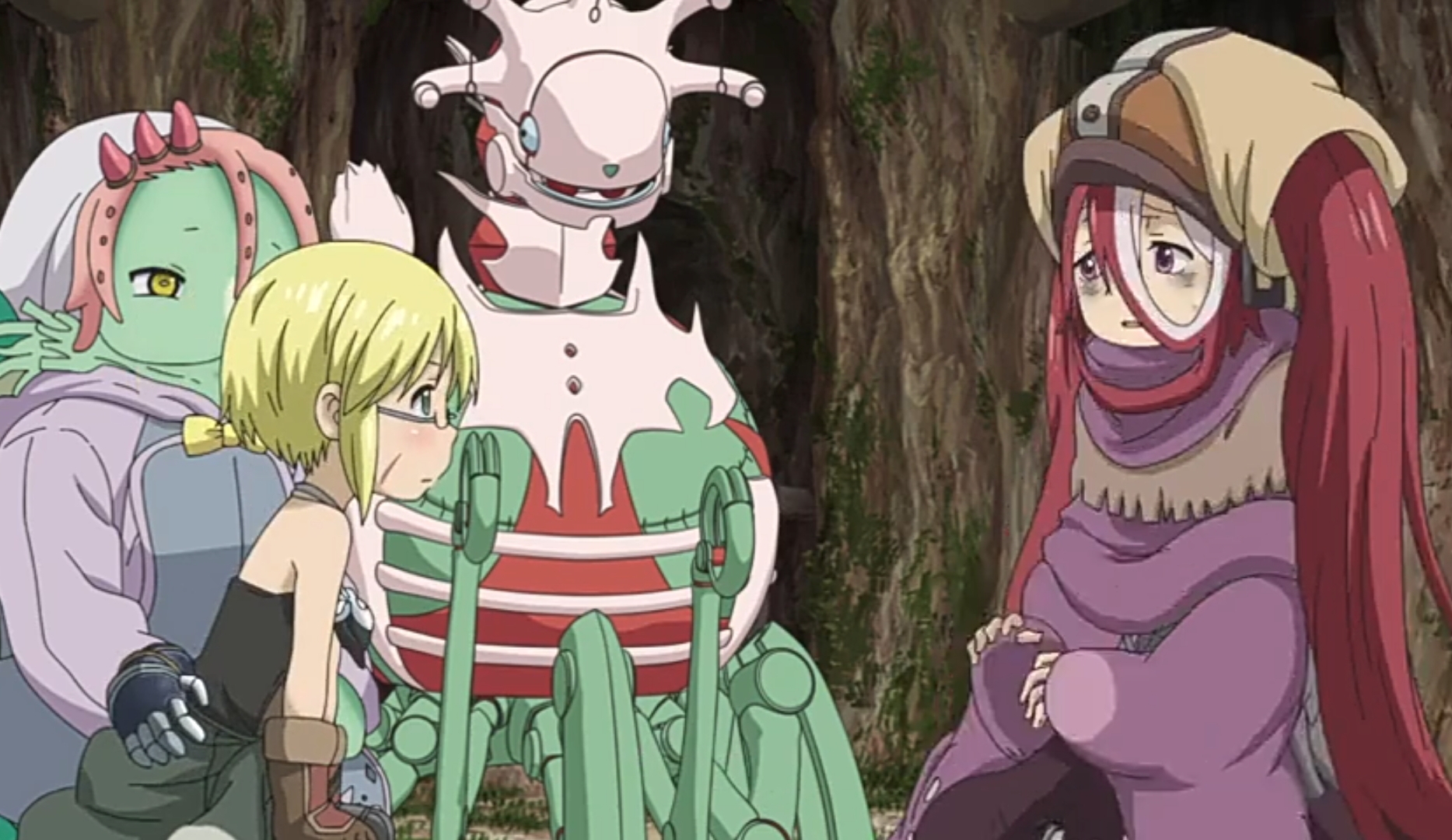 Faputa is Irumyuui’s only daughter who did not die prematurely and managed to have a functioning body. People from the Narehate Village Ilblu often call her the Princess and she is even considered the true embodiment of value. Her life goal is to free her mother which is only possible by destroying the village. Unfortunately, she is limited by the structure of the village, which denies her entrance as she can’t pass through its membrane. To achieve her goal, she is most likely looking for other means as she is unlikely to stop before she exacts her revenge on the villagers who are directly or indirectly responsible for her mother and siblings’ tragic death.