MAFS’ Lindsey Georgoulis and Mark Maher: Everything We Know 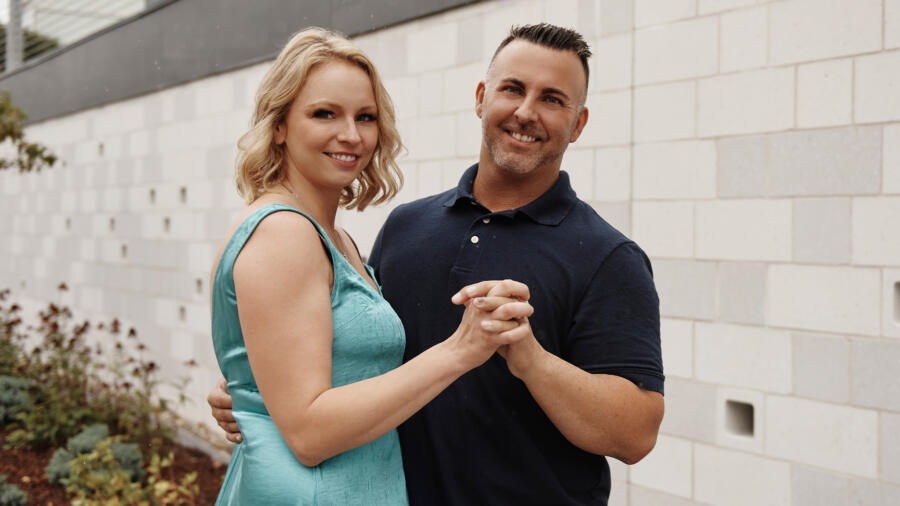 Every relationship needs trust, communication, and devotion. But when strangers skip a few steps and jump straight into a union without knowing a thing about one another, the necessary efforts required reach a whole new level. That’s precisely what ‘Married at First Sight‘ explores by documenting the journey of those singles-turned-couples who say “I Do” after meeting at the altar for the very first time. What ensues is an actual marriage that includes romance, drama, and compromise.

After all, these pairings go on a grand honeymoon after exchanging vows, only to return and live together while trying to iron out their issues and differences. Ultimately, when Decision Day arrives, they’re asked the thorny questions of whether they’ve fallen in love and wish to stay with their arranged partner or not. Amongst them is Lindsey Georgoulis and Mark Maher from season 14. So now, if you’re curious to know more about their lives and why they ended up on the show, we’ve got you covered!

Everything We Know About Lindsey

Lindsey Georgoulis can only be described as an energetic and infectious ray of light who herself concedes that she’s quite the free spirit. The 34-year-old Boston, Massachusetts, native not only loves love, but she has also deemed her grandparents’ relationship – with over 70 years of marriage under their belt – as her ultimate benchmark. In other words, Lindsey is seemingly very close to her loved ones, and she looks up to them for guidance to this day, indicating that her warm and empathetic nature is partly due to their influence on her life.

On the professional front, Lindsey reportedly has a background in nursing, but it looks like she currently serves as a healthcare project manager. This means that she has experience in both the service and the corporate industries. Her knowledge in the field is incredible, and so is her ability to stay positive in the face of adversity. However, the one area of her life where she’s not been genuinely successful is romance; yet she has always managed to turn those experiences into lessons as well. That’s how Lindsey knows that she has grown and is ready for her forever partner, which the experts think is Mark.

Everything We Know About Mark

Nicknamed “Mark the Shark,” Mark Maher is the General Manager of Cyclebar and the CEO/Founder of SwitchUps, a unisex brand specializing in wristwear that he’d established back in the 2010s. From what we can tell, the 37-year-old resides in Quincy and is the only one responsible for his mother and grandmother, both of whom are in a nursing home at the moment. Thus, although Mark considers himself a romantic, he has a lot of obligations, especially when you add his cats into the mix. Therefore, he has never been able to find his Mrs. Shark. The casual dating culture through apps has also hindered him in the past.

Mark had applied to be on ‘Married at First Sight’ when it first came to Boston for season 6, but now that he has been selected, he genuinely feels as if he’s destined to find his true love through the production. The fact that he has always wanted to be a husband and have a family of his own also makes him determined, further insinuating that he might do anything to make his involvement with Lindsey work. But we’ll just have to wait and see if they end up together or not.