Where is Mama June Now? 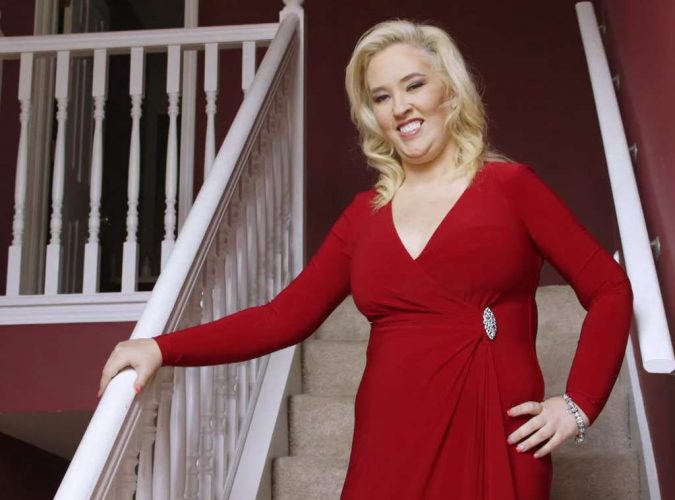 ‘Mama June: From Not to Hot’ is an American reality TV series that is a spin-off to the TLC original ‘Here Comes Honey Boo Boo.’ The docu-series follows June “Mama June” Shannon’s weight loss transformation and features the entire Shannon family.

The Shannon Family consists of June “Mama June” Shannon, her four daughters, and her grandkids. Anna Marie “Chickadee” Cardwell, born in 1994, is the eldest of June’s four daughters, followed by Jessica Louise “Chubbs” Shannon (1996) and Lauryn Michelle “Pumpkin” Shannon (2000). The youngest of the four, born in 2005, is Alana Frances “Honey Boo Boo” Thompson, with the help of whom the whole family rose to fame.

The family has been in the public eye since 2011 thanks to their involvement in reality television, which started with TLC’s ‘Toddlers & Tiaras,’ but due to their eccentric ways and behavior, they have been the center of numerous controversies. One of their biggest scandals, though, occurred when Mama June rekindled her relationship with a man who’d molested one of her daughters.

Who is Mama June?

Born in Georgia on August 10, 1979, to Marvin Shannon and Sandra Hundley, June Edith “Mama June” Shannon is one of four children. She has two sisters, Joanne “Doe Doe” Shannon and Joanie Shannon, along with a brother, James Edward Shannon. Their parents got divorced when June was just two years old. She also has two half-sisters, Michelle Shannon and Nicole Shannon.

The current matriarch of the Shannon Family is actually legally blind due to childhood cataracts that have been left untreated. She became pregnant with her first child, Anna, when she was just 14 years old and gave birth to her a few days after she turned 15. June had considered giving her up for adoption, but since the paperwork was never finalized, Anna was raised by her June’s mother.

Because of the pregnancy, June dropped out of school but did end up earning her GED later on. June went on with her life as normally as she possibly could and pursued romantic relationships. Her daughters Jessica and Lauryn were fathered by Michael Anthony Ford, a convicted sex offender who was found guilty of trying to exploit oral sex from a minor online. June also dated Mark McDaniel, who has been convicted for abusing Anna.

Her youngest daughter, Alana, was born in 2005 and was fathered by Mike “Sugar Bear” Thompson. June split from Mike in 2014 and came out as bisexual in 2015. She had admitted that although she’d been intimate with women before, she’d never been in a relationship with one.

Where Is Mama June Now?

With a peak weight of 460 lbs, Mama June struggled with being obese as an adult, so she underwent bariatric surgery and sleeve gastrectomy to help her lose weight. It was reported that she lost 300 lbs with the help of her surgeries, a strict diet, and training. To further improve her appearance, Mama June also got cosmetic procedures done on herself.

The whole premise of ‘Mama June: From Not to Hot’ is her weight loss journey and physical transformation. The series premiered in 2017 and is currently airing its fourth season. So, you can catch up with Mama June, her family, and everything that goes on in their lives on there.

Currently residing in Hampton, Georgia, June is in a long-term relationship with Eugene ‘Geno’ Doak and seems quite happy with him. Like June’s previous boyfriends, Geno has a criminal record too. He has served jail time for burglary, theft, and destruction of property, and in March 2019, they were both arrested for drug possession. Geno is also facing an additional charge of domestic violence.

Mama June’s drug addiction has caused a lot of trouble for her, including a custody battle with Mike “Suger Bear” Thompson for their daughter Alana. Following her arrest last year, Sugar Bear is now fighting for full custody. Her daughter Lauryn, also known as Pumpkin, is the current legal guardian for Honey Boo Boo.

Despite all the troubles of her previous relationships and her current drug issues, it looks like Mama June is quite content with her life at the moment. She has even gushed about Geno on her Instagram on a couple of occasions. On their third meeting Anniversary, June posted the following picture with a heartwarming caption that included: “I’m in love with you and fall in love with you every day you are my rock and my voice of reason I know sometimes I get on your nerves but just know that you are very much appreciated for each and everything always saying that it’s the little things that happen in life I hope that we are together many years and months and days to come he make life so easy and so fun and crazy”