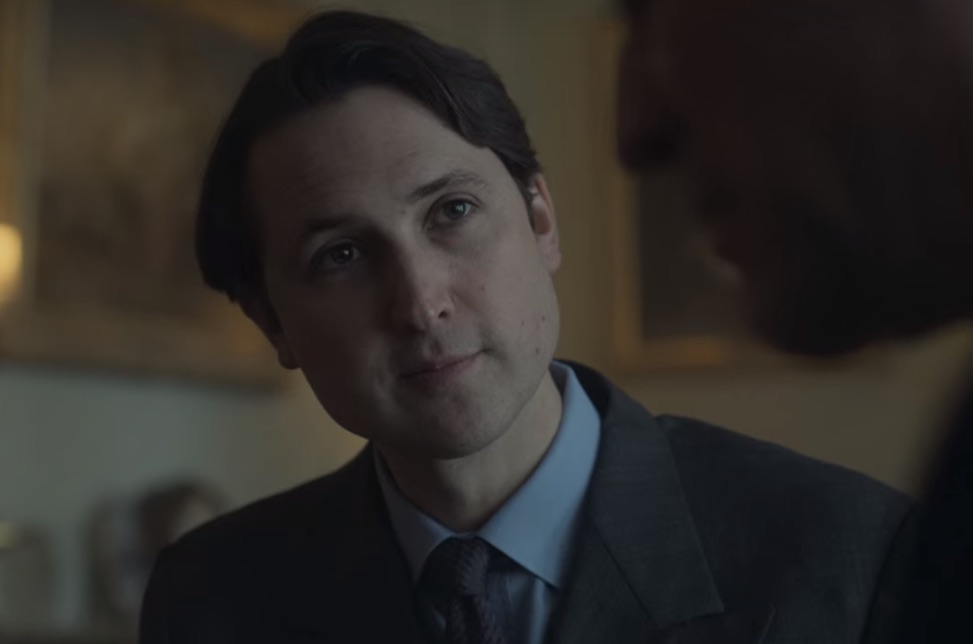 The fifth season of Netflix’s ‘The Crown’ presents pieces of Charles and Diana’s marriage, as both of them gravitate towards other people away from each other. While Diana tries to find love in other places, Charles finally has the chance to be with Camilla. However, there are still a lot of challenges for them. Seen as “the other woman” in Charles and Diana’s marriage, public opinion is not in Camilla’s favor. The same goes for Charles, especially after Diana’s interview with Martin Bashir. To come back into the public’s good graces, the couple needs help, which arrives in the form of Mark Bolland. Who was he? What role did he play in Charles and Camilla’s life? Where is he now? Let’s find out.

Who is Mark Bolland?

Mark Bolland is a public relations executive whose talent in the field led him to the doorstep of the then Prince of Wales. He entered this line of career with a job at the Advertising Standards Authority, following which he joined the Press Complaints Commission. In 1996, he was appointed Assistant Private Secretary to Charles and became his Deputy Private Secretary in 1997. He was brought in to rehabilitate the prince’s public image, especially with respect to his relationship with Camilla.

Things were especially dicey for the royal after the death of his ex-wife, Princess Diana. However, Bolland proved to be up for the task and carried out a series of carefully planned events to ease the public as well as the other royals, including Queen Elizabeth II, who had not warmed up to the prospect of Charles and Camilla’s marriage just yet. By the time Bolland left their service, there had been an exponential change in the public’s perception of the couple, who ended up getting married in 2005. While he was hailed for bringing about such a radical change in the images of Charles and Camilla, Bolland was also criticized for taking a very reckless approach with the rest of the royals. It was believed that he was singularly focused on the task of making Charles-Camilla likable and didn’t hesitate from achieving it at the cost of the reputation of other royals.

In 2002, Bolland, who is said to have been dubbed “Blackadder” by Prince William and Harry, resigned from his position. This was in large part due to Bolland’s communications firm taking off. However, it is also believed that the replacement of Stephen Lamport with Michael Peat as Prince Charles’s private secretary also had something to do with Bolland’s departure. “I probably should have gone when Stephen left. Michael and I were not perceived as being able to work together,” Bolland said. While he didn’t leave immediately, he let go of his responsibilities within a year.

Where is Mark Bolland Now?

Mark Bolland lives in Clerkenwell with his partner Guy Black, Baron Black of Brentwood. They entered a civil partnership in 2006 and got married in 2015 at Islington Town Hall. Both are, reportedly, committed cat fans and have a Russian Blue named Victoria. Since leaving the service of the prince, Bolland set up Mark Bolland & Associates, a public relations and communications firm, which dissolved in 2020.

Since then he has been a part of many ventures, which include Crosstree Real Estate and Bertarelli Partners, among others. In 2001, he was named PR Professional of the Year by PR Week. He has also been a part of the Journalists’ Charity, the Open Futures Trust, the Middlesbrough and Teesside Philanthropic Foundation, the Helen Hamlyn Trust, and the David Ross Foundation. A busy man, Bolland has refrained from coming under media scrutiny. While he has helped the royals stay in the limelight and more importantly, in good light, he himself stays away from social media platforms and rarely gives interviews about his time with now King Charles.