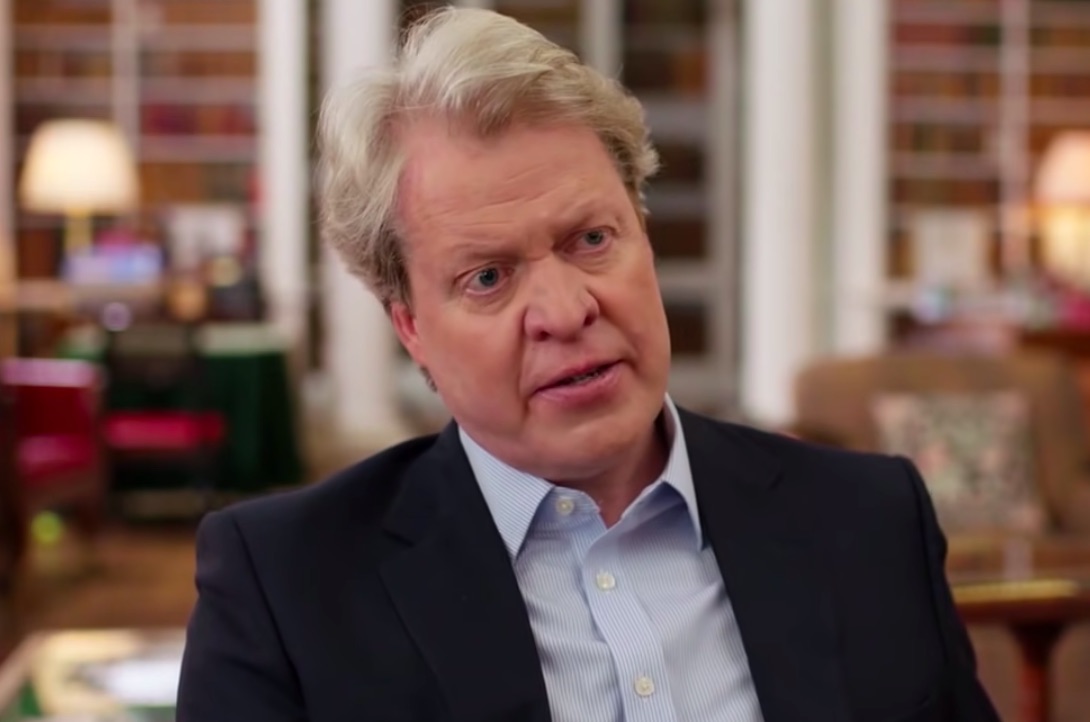 The fifth season of Netflix’s ‘The Crown’ covers some of the most tumultuous times for the royal family, especially the circumstances surrounding Princess Diana’s explosive interview with Martin Bashir. While exploring the events that led Diana to sit down for the interview, the show also focuses on the role that her brother, Charles Spencer, played in it. It is through him that we find Bashir creating an opportunity to meet the Princess and get the scoop that turns him into a household name.

The interview also becomes instrumental in convincing the Queen that the marriage between Diana and Charles cannot be saved. Before all that happens, we find Charles Spencer seeing the meeting with Bashir in a new light and wondering if it had been a mistake to introduce him to his sister. Considering that we don’t see much of him after this, if you want to know what happened to Diana’s brother and where he’s now, then we’ve got you covered.

Charles Edward Maurice Spencer lives in Althorp, Northamptonshire, in his ancestral home. He holds the title of the 9th Earl Spencer, along with 9th Viscount Althorp, 9th Viscount Spencer of Althorp, 9th Baron Spencer of Althorp, and 4th Viscount Althorp. Since 2011, he has been married to philanthropist Karen Gordon, with whom he has a daughter, Lady Charlotte Diana Spencer, named after his late sister. He was previously married to Victoria Lockwood and Caroline Freud, with whom he has four and two children, respectively. He is one of the godchildren of Queen Elizabeth II.

Apart from his ties to royalty, Charles Spencer has made a name for himself as a journalist and an author. He worked for a decade as an on-air correspondent with NBC News, working on shows like ‘Today.’ He has worked as a reporter for Granada Television and presented for the History Channel, which is a recognition of his standing as an expert historian. Charles has written several non-fiction books over the years, especially about his family history and heritage, like ‘Althorp: the Story of an English House’ and ‘The Spencer Family.’ He has also written for Vanity Fair, the Guardian, and the Sunday Telegraph, among others.

In memory of his sister, Diana, who is laid to rest on Spencer’s ancestral estate, Charles built a garden temple memorial and a museum that was opened to the public in 1998. He set up Diana’s Memorial Fund and is also the patron of charities like the Friends of Cynthia Spencer Hospice, the Brain Tumour Charity, and Thomas’ Fund. Charles has also served as a Trustee of Nelson Mandela’s Children’s Fund. On October 22, he and his wife announced ‘Spencer 1508’, a web series and a newsletter set around the history of his family and their ancestral home.

Deeply saddened over the loss of his sister, Charles Spencer has often criticized the media for constantly hounding her. He has also spoken out against Martin Bashir’s way of getting the interview with Diana. In a piece for the Daily Mail, Charles wrote: “I feel that I was groomed… shown forged bank statements; I was told of underhand payments, of spying, and of appalling deception. But, all along I was the one being deceived in order for Mr. Bashir to get to my late sister.” He revealed that he had warned Diana about the inconsistencies in Bashir’s claims and regrets introducing him to her.

Charles hopes the police will “get to the bottom of this terrible scandal, which led Diana to feel even more exposed and alone, and deceived her into forgoing those who cared for her and would have protected her.” After the Dyson report confirmed that the methods used by Bashir were completely unethical, Charles Spencer received an apology from the Director General of the BBC. The Earl also won a legal battle over the claims made by The Times in the since removed report, ‘It’s Too Simple to Blame Everything on Bashir.’

The Times report alleged that Diana’s brother had “refused to assist her with the offer of a house after the breakdown of her marriage to Prince Charles.” As he continues with the fight for justice for Diana in the face of all controversies surrounding her, Charles Spencer says that he still misses his sister every day. In his downtime, he likes to spend time with his wife and kids.