How Did Mark Corona Arrendono Die? 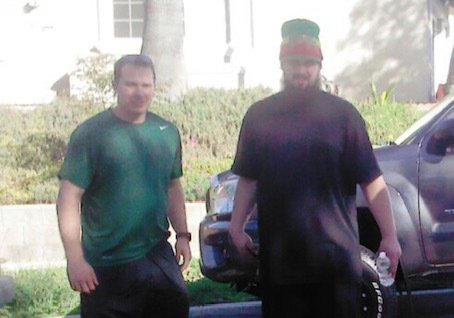 ‘Investigation Discovery: American Monster’ took us one step closer to the truth about a killer and his life. While true crimes have always had a way of keeping us engrossed because of the reality and human aspect of it, having a glimpse into the life of a killer with never before seen family footage as well, just takes it one step further. This week, the ID special revolved around the murder of Mark Corona. So, here’s everything we know about it:

How Was Mark Corona Killed?

Born and brought up in Corona, Mark Corona Arrendono moved to Lake Elsinore, California, when he was a teenager, just before starting high school. The 6-foot 6-inch man, who was in his mid-thirties at the time of his death, may have been huge and intimidating, but his personality was soft, the kind that made everyone immediately fall in love with him. So, when he was brutally shot and killed in public, it was a shock for everyone.

On June 3, 2018, Mark was sitting in his vehicle outside a Stadium Pizza in Wildomar, California, when someone came up from behind him and fired four shots. Witnesses said that the shooter had started to walk away before thinking the better of it and returning to fire a couple more shots to complete his job. Mark had reportedly yelled, “No” just before the shooting had started. Him sitting in his car, just waiting for someone to arrive, led to his death.

Mark Corona’s second cousin, who was as good as his brother, Paul Stoeppler, is the one who murdered him in cold blood. Being almost the same age, the two grew up together in Corona and were almost inseparable. Even when Mark had moved away, Paul used to visit him and the Corona family on the weekends to catch up with them. Paul Henry Carl Stoeppler and Mark Corona Arrendono didn’t just know each other, they weren’t just acquaintances; they were much more.

Paul had post-traumatic stress disorder, depression, and paranoia, which all led him to do such a thing. After graduating high school, he served in the army, but when he returned, he couldn’t shake off what he had gone through and lived life in paranoia, but hid his mental illnesses. It was only made worse when his sister committed suicide, and his mother passed away.

Because of his mental state, he thought that someone was out to get him. He reportedly had various nightmares about someone sneaking up on him and attacking him. Not only that but when Mark, who was socially active, unlike his cousin, tried to help him out, more often than not, it led to an argument. This somehow made Paul believe that Mark had raped him for months and that he was the one who had killed his sister, when that was not the case, at all.

The cousins had agreed to meet up at the pizza place to talk and have lunch together, but before Paul went to meet Mark, he went home. There, something just snapped in him, he became enraged and just started punching walls and hitting doors. After that, it was like he couldn’t control himself, as if he was battling to defend himself against something, so when the time came to meet Mark, Paul carried a handgun.

When he arrived in the parking lot of Stadium Pizza, he shot Mark a total of 6 times. Since he never concealed his identity or tried to hide, he was caught and charged immediately. On March 4, 2019, almost a year after the incident, Paul was charged with first-degree murder and was sentenced to 25 years to life in prison. (Featured Image Credit: The Arrendono Family / Press Enterprise)