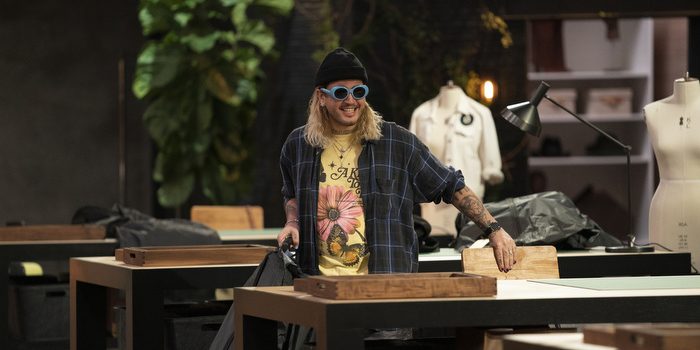 Prime Video’s ‘Making The Cut‘ makes fashion design exciting, and at times, thrilling through an interesting premise that pits world-class designers against each other. The show brings together up-and-coming designers from all corners of the world and has them battle it out through a series of increasingly tough challenges designed to test their talent, technique, and mettle. Moreover, with each contestant determined to make a more significant mark in the fashion industry, the show is an incredible stepping stone as the winner is rewarded a massive amount of exposure and a handsome cash prize.

Born in Shawinigan, Quebec, in 1989, Morgan moved to Montreal to pursue a serious career in fashion design. Interestingly, his fashion empire became popular in a short time, earning the French-Canadian designer the praises he rightly deserved. However, even in the midst of such a busy schedule, Markantoine did not lose touch with his family and still manages to take time out and spend with them. In fact, he often shares a few memories of himself and his loved ones on social media.

From the looks of it, Markantoine is a family man through and through. Interestingly, Markantoine discovered his passion for design at a very early age and was encouraged to follow his dream by his parents. Thus, the young fashion designer never looked back and began putting in the work to achieve his ultimate goal.

Right after high school, Markantoine joined the University of Quebec, where he pursued a degree in Fashion Management and Design. Additionally, he also mastered and nurtured his craft at the Université du Québec à Montréal. Eventually, through loads of hard work, the reality star was finally able to establish his own fashion empire and has been making a name for himself ever since.

While still in college, Markantoine Lynch-Boisvert traveled to Paris, where he worked as an assistant to renowned designer Aline Ochoa. Besides, the French-Canadian designer also took up the position of a subcontractor with the LVMH group. However, in 2015, shortly after Markantoine graduated from college, he established his own fashion brand, MRKNTN, which acts as a conceptualized skatewear brand.

According to Markantoine, MRKNTN has a unique approach to fashion and often exuberates a vibe of nostalgia as it takes the help of historical techniques and other references while still maintaining a youthful demeanor. Interestingly, the designer was not satisfied with limiting himself to one specific field and instead wanted to branch out and try his hand at other roles.

Therefore, currently, apart from owning and operating MRKNTN, Markantoine holds the position of a lecturer at LaSalle College, where he takes several classes on marketing and fashion design. Besides, he is an active member of Quebec’s Metropolitan Fashion Cluster and was given an opportunity to present his creations at 2022’s Paris Fashion Week.

Unfortunately, Markantoine is quite private when it comes to his personal life and hasn’t revealed much about his relationship status. However, back in 2019, several reports stated that Markantoine was dating fellow Canadian Alex James Taboureau, whom he met in 2012. Nevertheless, if we couple the apparent absence of a romantic someone in his social media profiles with the lack of reports on Markantoine’s love life, it appears that the 33-year-old is still single and focused on his career.

Read More: Rafael Chaouiche From Making The Cut: Everything We Know