Marla McCants My 600-lb Update: Where is She Today?

The reality show ‘My 600-lb Life’ on TLC focuses on the journey of morbidly obese patients who always weigh around 600 pounds. Since its debut in 2012, the show has given several individuals a chance to bring down their weights to a set figure, and the progress of the people is determined after a year of surveillance. This is assisted by the guidance of famous bariatric surgeon Dr. Younan Nowzaradan, AKA Dr. Now, as he strategizes their diet and exercise plans according to their bodily needs. After its successful completion, they can be qualified for life-altering weight-loss surgery.

The show has always managed to bring in a diversified crowd with different backgrounds and stories, but with the common goal of losing weight. Marla McCants was one of the heaviest patients in the show, and she showed tremendous determination to get rid of her state, where she almost couldn’t move from her bed without assistance. With such an impactful presence in the show, she gathered numerous fans, who might be curious to know where she is now. Well, here’s everything we found out!

Hailing from Nashville, Tennessee, 43-year-old Marla McCants was estimated to be around 800 pounds and spent most of her time in bed. Appearing in season 3 in 2015, the mother of three wasn’t even able to stand on her two feet without someone holding her constantly. While Marla previously helped other people as a nursing assistant, she now became dependent on her children for almost all her daily work, as moving around was not an option for her. 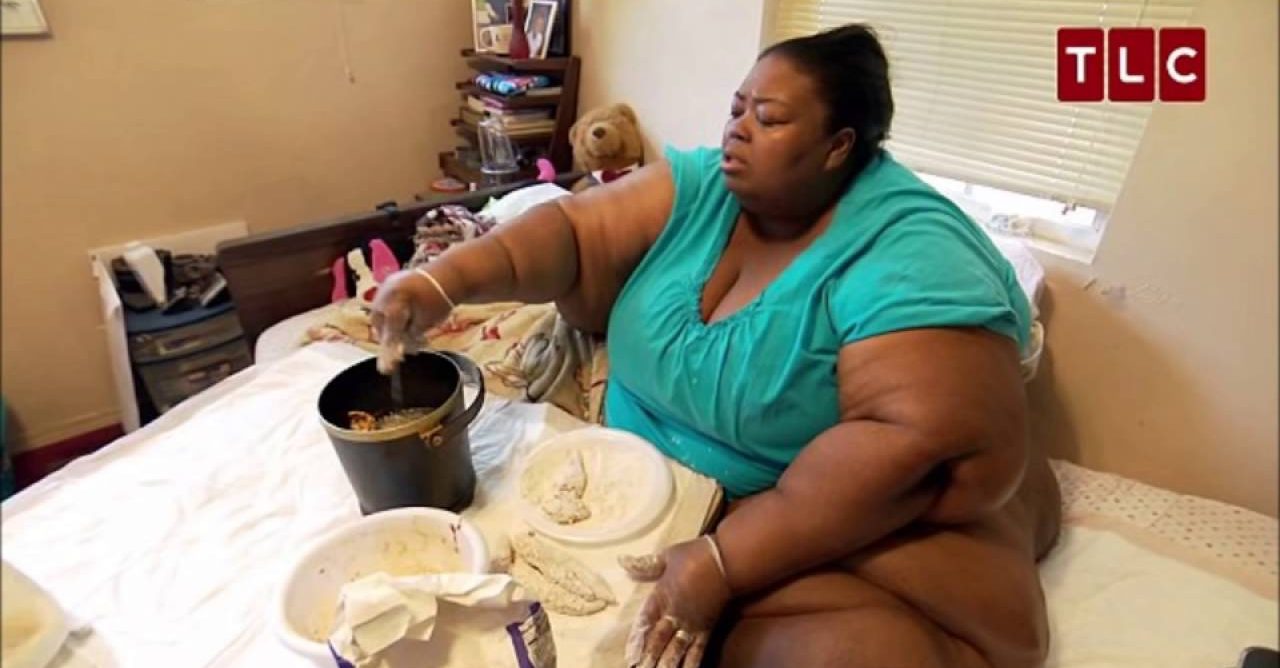 Marla’s compulsive eating habits originated from a traumatic past which she explained much later in 2019 in an interview on the daily talk show ‘Sister Circle.’ Sadly, she opened up about being molested by her father and added she was later abducted and held captive by her ex-boyfriend from high school, who “lost it” after she tried to break up. Even after escaping the ordeal, Marla said she couldn’t make a move to go outside as it might have endangered her children’s life. Thus, she stayed in and turned to food for comfort. However, that comfort slowly became an addiction.

When Marla turned to Dr. Now for help, her dangerous condition made him worry about her survival more than her weight loss plan. He said, concerned, “She is in the worst condition health-wise that I have ever seen… I am not as worried about weight loss surgery as making sure she will survive the next 24 hours.” However, she was determined not to end up as a person who can’t leave their bed for the rest of her life.

Therefore, Marla decided to devote herself to Dr. Now’s weight loss strategy entirely. After losing a considerable amount of weight, she was approved for her weight loss or gastric bypass surgery. She successfully went through the surgery and kept up with the diet plan to lose a massive amount of weight. She ultimately reached down to 534 pounds by the end of her episode.

Where is Marla McCants Today?

Marla McCants got her weight down to a considerable amount but knew she could push harder to get into the best shape. Thus, she continued working on her weight loss with the diet and exercise plan that Dr. Now provided with utmost dedication. She was keen on soon joining her family and friends as her old self instead of being stuck to her bed and home. Finally, when she appeared on ‘Sister Circle’ in 2019, Marla told the viewers that she managed to lose 560 pounds in just two years.

In the same interview, Marla also acknowledged that food is a real addiction that can catch up to anyone, and her struggle will always be in her mind in tough situations. Talking about her motivation to keep up her winning streak with food, she said, “I never wanna go back to that place. The way I was treated, you never wanna go back there. It’s lonely.” She also talked about a book she was writing about her journey, with every detail and a message that one can overcome their struggles and fears just like she did.

Marla is now a motivational speaker and philanthropist living in Gallatin, Tennessee. She is a member of the organization LOSS or Lending Our Shared Stories, which is a support group to help people deal with loss and grief. She is quite an active member and travels around the country as a spokesperson for the organization and also promotes on her social media for promotion and fundraisers. Post the show, Marla, however, claimed the show did exaggerate some incidents, like the timing of her gastric bypass surgery.

Marla is a mother of three girls and a grandmother to four girls and one boy and loves spending time with them. The family gets together quite often, and Marla often shares pictures of such gatherings as she really cherishes such moments. She is always thankful for her successful recovery and uses her voice and her namesake website to promote healthy living as well.