Where Are Married At First Sight Season 10 Couples Now? 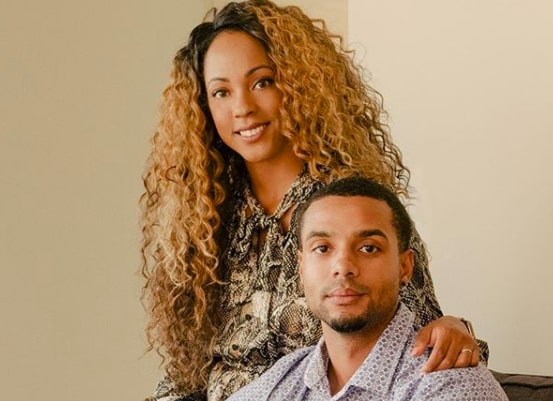 Lifetime airs ‘Married at First Sight,’ a reality TV show based on the Danish series ‘Gift Ved Første Blik.’ The premise is that individuals are paired with a partner chosen by relationship experts, and the first time that they meet is on the day of their wedding. A few weeks later, after they spend time together as a married couple, they decide if they wish to stay together or part ways. If you’re interested in the whereabouts of season 10’s contestants now, then this article is for you.

The couple is no longer together. Fans of the series may not be surprised to learn this, especially considering that they fought over almost everything. Topics included their dwindling sex life and Derek’s future ambitions. They revealed that they had to end their relationship since things were not improving between them. Derek even accused his ex-wife of having an affair when they were together. Katie, a mental health professional, explained that while the incident did happen, it occurred only once the two had gone their separate ways. Since the show, Katie revealed on her Instagram that she was now dating Brandon Eaves, who she met after it ended. As for Derek, it seems that he is not dating anybody right now.

It is safe to say that the pair are happily married as of today, and they even adopted a new dog named Rex recently! Though their relationship had its fair share of challenges, they were definitely cheered on by the fans of the show. On judgment day, Austin said that he loved Jessica, and the two are now often seen spending time together in the outdoors.

We further find out more information about them on the spin-off named ‘Married at First Sight: Couples Cam.’ Due to the ongoing pandemic, the hospital where Jessica works started a COVID ward on-premises. Her boss wanted her to be its director, resulting in a promotion for her. Austin was apprehensive about the new job and said that he wanted to protect her. However, he was completely confident in his wife’s abilities and stood by her.

By far the most unstable relationship in the entire season, Taylor Dunklin and Brandon Reid are no longer together. After all, he had always been very hostile during the show. He unleashed his temper on Taylor, the other couples, and even the filming crew on their honeymoon. Although he promised to work on his anger issues, the reality was different. Therefore, Taylor asked for a divorce on judgment day. However, their story doesn’t quite end here. Apparently, Taylor went to a bar (that the couple frequented) with a male friend. Brandon showed up there that night too. This resulted in a physical altercation, which further led to their arrests and an appearance in court. Both were granted restraining orders against each other, and can no longer communicate even if it is through a third party.

Meka was subjected to a barrage of lies from Michael, be it about his job, his salary, or even the mileage on his car. For this very reason, she chose to divorce him. She felt that the deception had taken its toll on her mental health as well as their marriage. He told her that he had accepted a new position as the principal of a school. Immediately after, he changed his narrative and said that due to his schedule, he had accepted another role (that of a director at a different school), all without consulting her even once.

Michael claimed to be a yoga instructor on the side and even asked his wife to accompany him to a class for which he had already paid for. But when she reached there, she was informed that he had never been an instructor there and had not even paid for the class. The final nail in the coffin was the extravagant one-month anniversary gift that he had planned for the missus and himself. It was a trip to Jamaica where they could swim with the dolphins. However, it turned out that he had only purchased a Groupon for the swimming activity (which could be refunded easily) but had not booked flight tickets or made hotel reservations.

Meka called Michael a pathological liar and said that he had caused her a lot of distress. When Michael was confronted about this, he said that he did not feel comfortable letting someone new into his life completely, but he did eventually apologize to his now ex-wife.

To divorce each other or not was the question put forward to the couple on decision day. Their answer was the former. Mindy and Zach shared a tumultuous relationship from the very beginning. Her husband refused to move in with Mindy because he was not physically attracted to her. Apart from this, Mindy was also very uncomfortable with the fact that Zach was having an emotional affair with her friend Lindsey. He continued to lie about this friendship throughout the series, and when they had a fight because of Lindsey, Mindy decided enough was enough. In an interview, she said (to her ex-husband), “I do think you have it in you to be a good husband, but you have not been a good husband to me.” He responded by saying that he had employed an incorrect approach to their relationship and even expressed regret. It must be noted that the two decided to move forward on good terms, stating that they cherished this experience and that they will continue as friends.

Married At a First Sight Season 10 couple – Mindy and Zach