Matching Hearts: Who is in it and Where Was it Filmed? 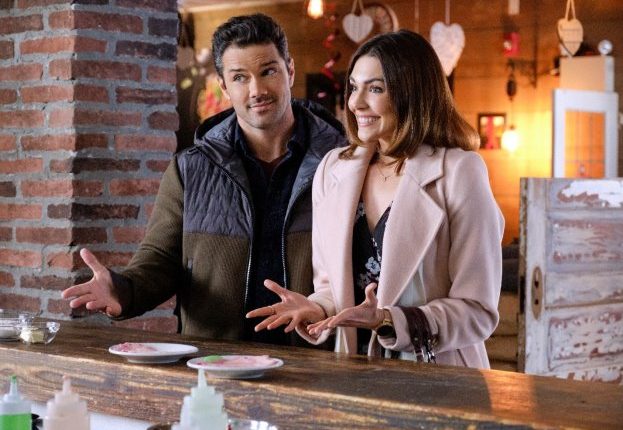 When it comes to mending a broken heart or simply cozying up to some much-needed warmth, nothing spells as much comfort as a cliched rom-com. Hallmark has been on a mission to keep the spring well of classic rom-coms flowing. ‘Matching Hearts’ is yet another addition to their ever-expanding list of Valentine’s specials and proves to present another comfortingly familiar tale.

Clichés are clichés for a reason. They provide comfort in familiarity. Familiarity is much-needed in melancholic times. It reinforces the feeling that everything is going to be fine and that there is still some magic to be found in our seemingly dull world. The cliché that ‘Matching Hearts’ employs is the matchmaker-in-love one. You know, the one where a professional matchmaker ends up falling for one of their clients. The matchmaker, in this case, is Julia Palmer. As a part of her profession, her mentor asks her to find a suitable match for the wealthy entrepreneur, Daniel.

However, Daniel strongly believes that love and relationships can be giant distractions and the only way of being successful is by staying single. However, his beliefs soon start to change when he meets Julia and starts to fall for her. Julia has also fallen for Daniel and now the two wonder whether it is a match made in heaven. Does Daniel eventually get over his belief that staying single is a necessary prerequisite for success? Or will he give love a chance? There is only one way to find out!

Many of you might be wondering where was ‘Matching Hearts’ filmed. The television movie is set in Portland, Oregon. However, has the movie been filmed in Portland? The setting does not play a major role in the story and hence, it might have been okay for the filmmakers to shoot the movie elsewhere. Continue reading to find out where ‘Matching Hearts’ was filmed.

‘Matching Hearts’ might be set in Portland but it is not actually filmed there. As mentioned earlier, the setting does not play a major role in the movie’s story. Hence, the makers would not have found it challenging to pass off another location as the Oregonian city.

The Hallmark movie was filmed in the Canadian city, Vancouver in British Columbia. Of late, Vancouver has become a hub for filming American productions. The reason is primarily an economic one. The Canadian government provides lucrative tax credits for productions filming in the country and this helps producers cut down a lot on their budget.

Moreover, places in Canada resemble those in the United States aesthetically. As a result, depicting Canadian locations as American ones is not too difficult. Hence, a large number of Hallmark movies have been filmed in Vancouver. In fact, most Hallmark movies with a significant number of scenes set outdoors have been filmed in Vancouver. Have a look at Taylor Cole’s Instagram post below which shows some behind-the-scenes photos. As you can see, Vancouver is mentioned as the location, confirming the fact that ‘Matching Hearts’ had been shot in Vancouver.

The American actress, Taylor Cole plays the role of Julia Palmer in ‘Matching Hearts.’ Cole started her career by acting in the drama series, ‘Summerland.’ Followed by that, she went on to make minor appearances in several prominent shows like ‘Supernatural,’ ‘NCIS’ and ‘CSI: Miami.’

After 2016, the actress has starred in numerous Hallmark movies like ‘Christmas in Homestead,’ ‘Falling For You’ and ‘One Winter Weekend.’ Apart from that, she also appeared in the Lifetime movie, ‘Below the Surface.’

The role of Daniel is essayed by Ryan Paevey. He is best known for starring in the soap opera, ‘General Hospital.’ Apart from that, Paevey has appeared in multiple Hallmark movies as well. Some of these include ‘Christmas at the Plaza’ and ‘A Summer Romance.’