In true ID fashion, ‘Nightmare Next Door’ is a true-crime series that utilizes both dramatic recreations as well as exclusive interviews to get to the heart of those harrowing matters that shook Middle America. It essentially delves into the offenses that illustrate how evil can lurk even in the most wonderous and tight-knit communities, ready to strike whenever the (senseless) need arises. In the same manner, episode 1 of season 10 — ‘The Key to Murder’ chronicles the 1990 homicide of Melinda Snyder. So, let’s find out all the details regarding the same, shall we?

How Did Melinda Snyder Die?

Melinda Snyder was a native of Rock Hill in York County, South Carolina. At the age of 22, she had recently graduated college and was starting to pursue her dreams by working as a teacher’s aide at Northside Elementary School when her world turned upside down. Melinda had actually already created a good/stable life for herself as a former beauty queen, but little did the young woman know that her inherent attractiveness would somehow cause her to lose her life. In other words, the devoted Christian honestly had everything going her way, that is, until the ominous January 23, 1990, came around.

At around 4 am that morning, Melinda’s roommate frantically dialed 911 upon hearing a strange noise, a gunshot, and then a car speeding away. The authorities reached the scene to find the young woman bleeding in bed. She was immediately rushed to the nearby Piedmont Medical Center, yet it was too late — the aide passed away from the injuries she’d sustained after taking a bullet straight to the head. As if that wasn’t enough, official records specify that Melinda had been sexually assaulted before her assailant pulled the trigger, making her manner of death a clear-cut, cold-blooded homicide.

The initial investigations were a bit confounding since there was no ordinary evidence – weapons or fingerprints – at the crime scene, meaning the detectives only had the perpetrator’s semen to work with. This was an issue because the DNA technology wasn’t as advanced back in 1990, but that’s when the car mentioned earlier proved to be a critical component. After all, a few witnesses revealed that the vehicle was similar to the one local real estate agent Edward “Ed” Cronell drove — the man who was the broker of the home Melinda was renting a room in; thus, he had access to the place.

The former beauty queen had just broken up with her long-term boyfriend and had plans to move States to be near her parents, yet it doesn’t seem like this man was ever officially considered a suspect. In fact, the authorities soon theorized that Ed had targeted Melinda to fulfill his sexual urges and hence waited until the middle of the night in an attempt to avoid getting caught. They believe he used the house key he knew she kept in a lockbox, sneaked into her room, climbed into her bed, and then merely let his sinister desires loose in one of the worst ways imaginable.

However, Ed wasn’t arrested or charged for the offense until around 1993, when the South Carolina Supreme Court made a landmark ruling by ordering him to submit a DNA sample upon his refusal. It was a “landmark” because it was the first in the State to demand that a presumed killer give fluid samples for analysis before anything else. Once the ensuing test came to be a match (one in 230,000), it was all but confirmed that Ed was behind Melinda’s brutal demise, leading to the indictments of murder, first-degree burglary, and first-degree criminal sexual conduct.

Where is Edward “Ed” Cronell Now? 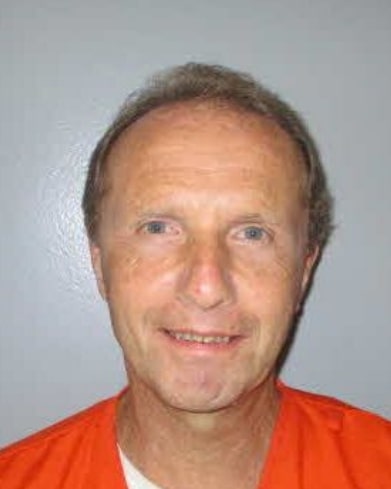 In 1994, Edward “Ed” Cronell was found guilty of the three counts following a jury trial and was later sentenced to two life terms in prison, plus 30 years for the sex crime. Therefore, today, at the age of 56, he is incarcerated at the medium-security Broad River Correctional Institute in Columbia, South Carolina. He actually first became eligible for parole in 2014 but was immediately denied, which happened again in 2019, and so his next projected parole eligibility date is March 24, 2023. As per reports, not only has Ed been disciplined behind bars for possession of a cellphone and using social media, but he has also never shown remorse for any of his actions.