Melissa Marescot My 600-lb Update: Where is She Today?

TLC show ‘My 600-lb Life’ follows the trials and tribulations of morbidly obese individuals as they attempt to reduce weight, transform their lives, and become healthier. The show has a sizable fan base due to the distinctive experiences and stories it presents. The individuals are assisted in their weight loss efforts by renowned bariatric surgeon Dr. Younan Nowzaradan, also known as Dr. Now. He provides them advice on carefully crafted diet and exercise regimens for weight loss that could eventually qualify them for weight reduction surgery.

Numerous people have appeared on the reality show since it debuted in 2012, and some of them progressed quickly while others took their time. Many cast members suffer through their weight because of some traumatic or emotional turmoil in their past. Melissa Marescot, who appeared in season 9 episode 5, had a similar background. As viewers got to watch her challenging journey, she garnered quite some followers, who must wonder where she is now. If you’re eager to know the same, here’s everything we found out!

Melissa Marescot was a 36-year-old Sunrise, Florida native, weighing around 593 pounds when she appeared in season 9, 2021. She had a hard time facing her reality and isolated herself out of shame and embarrassment to the point where food was her only comfort and partner. However, she made a comfortable life for herself in the city and thus got caught in her own comfort zone, away from friends. Food was the only thing that made Melissa feel good, and she said that it filled her up in a way that nothing else does to replace the emptiness she felt inside. 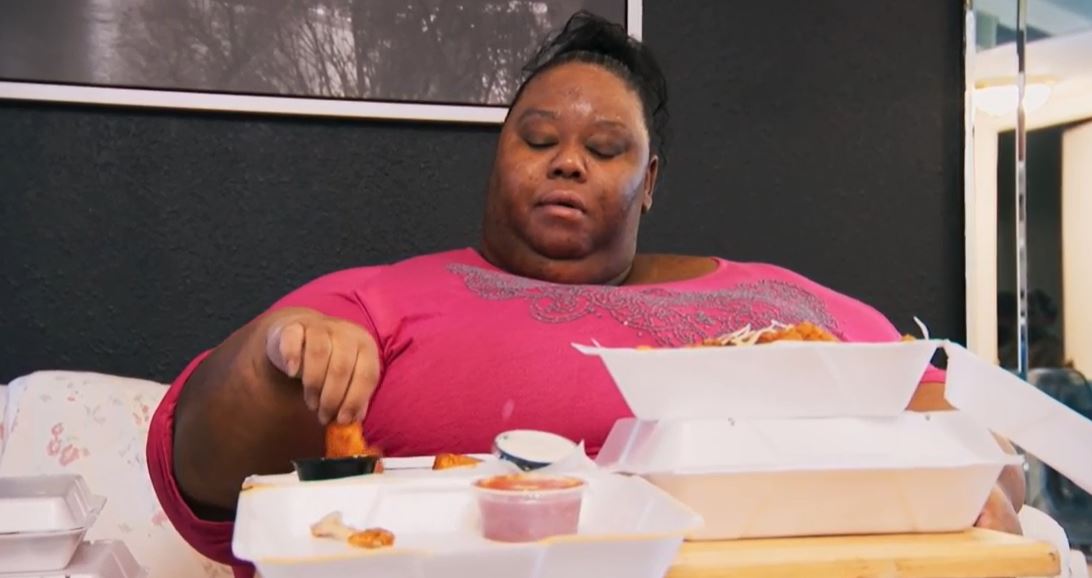 However, the void in Melissa’s life began at a very young age when she realized her mother was verbally abusing her, calling her “stupid” and “fat,” and then feeding her large meals as compensation. Melissa liked that guilt feeding from her mother as she felt it was the only way she could be loved. She slowly became a child who ate adult-sized meals but failed to notice that her eating habits were getting out of control. In this confusing situation, her father was her best friend and go-to person, who loved her no matter what. However, even that soon slipped from her hand.

At the age of 8, Melissa’s parents’ relationship turned toxic, and her father ultimately decided to leave for good. That was the most difficult period in her life, and it left her devastated. She became extremely depressed for a while and used food as a pick-me-up, to make herself happy. Her mother kept taunting her about her weight, and she did try to cut down on food between ages 13 and 15. But Melissa went through another traumatic experience at age 15, when she got pregnant and had to go for an abortion. 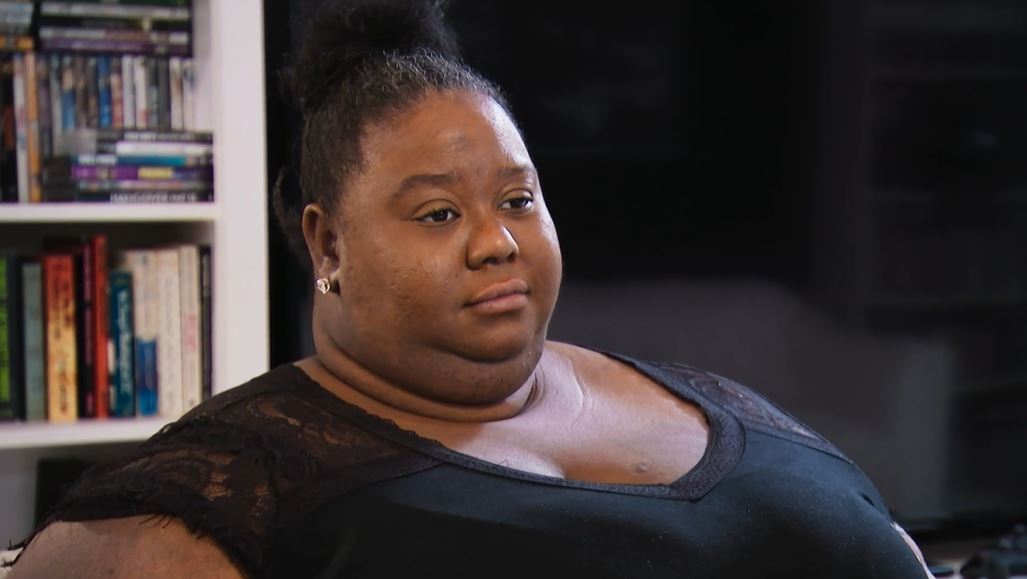 It led Melissa to more regret and depression, pushing her to drop out of school, go to food for comfort and weigh around 400 pounds by age 18. Although she did go back to school and later landed a job, her attempt at joining college didn’t last long as she ended up losing her job. Her life threw another shock when she lost her father at 27 and her mother at 35. The worst thing was that she couldn’t even attend her mother’s funeral, making her regret her situation even more. Thus, she decided to travel to Houston and meet Dr. Now to begin her weight loss journey.

There, Melissa was informed that she carried the maximum weight around her midsection, and even a cold was enough to bring a risk to her life. Being one of the shortest cast members at 4 foot 11 inches, Melissa had the highest BMI of 115, bringing another risk to her life. However, Melissa was determined to gain her life back and worked hard to shed enough weight for the bariatric surgery. She also went to therapy to deal with her low self-esteem, social anxiety, and depression.

Where is Melissa Marescot Today?

Melissa maintained her 1200-calorie, protein-based, zero-carb diet, exercises, and therapy for months and successfully lost more than 150 pounds. She brought her weight down to 440 pounds by herself, and for that, she was extremely proud. It was not something she thought was possible and she was excited to try and accomplish new activities like going out with friends, traveling, and even going on dates. However, Melissa needed to lose some more weight and move to Houston for her weight loss surgery. She was not willing to do that since she didn’t want to be away from her family in Florida.

Additionally, as stated in her episode, Melissa didn’t believe she required it anymore. After all, she had already started accomplishing the goal of losing so much weight by herself; she thought she could lose the remaining weight the same way. Moreover, Melissa also started dating a guy named Elijah, who is a common friend of her best-friend Shay. She found a great support system in him and preferred staying with him and her friends in her hometown over moving to Houston. 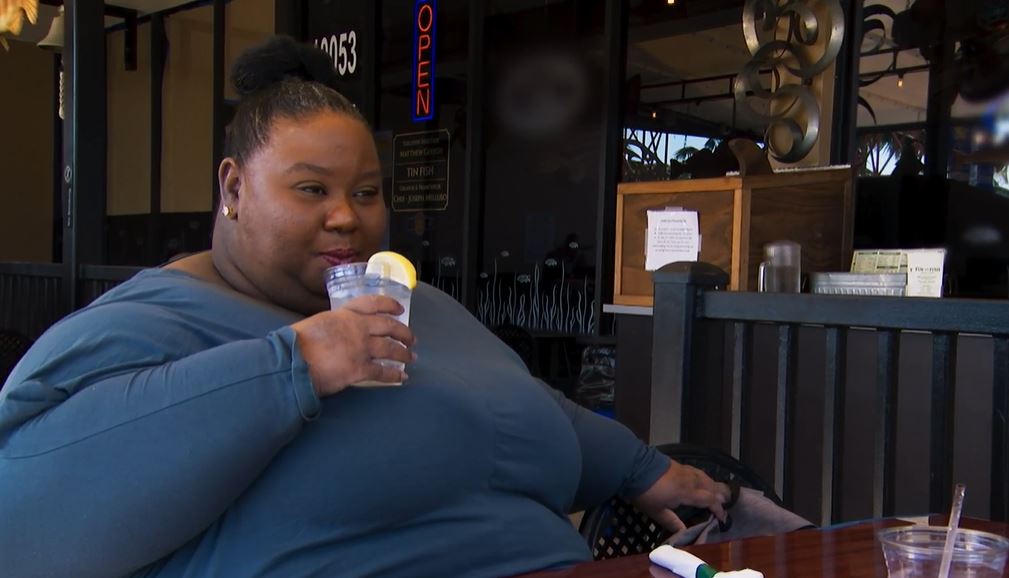 Apart from that, Melissa has kept her updates post the show private, as she doesn’t seem to prefer sharing her life details in public. Taking her shyness into consideration, she must have decided not to reveal much else about her life now, as she wished to enjoy it with her loved ones. From the looks of it, however, it does look like she kept her word of continuing her weight loss diet and exercising on her own to live a healthier life.

At the end of her episode, Melissa said, “I’m not going to stop or give up until I’m living my best life yet and I get to where I need. I’m going to do it.” Thus, as she keeps going strong in her incredible journey, we wish Melissa Marescot all the success, motivation, and happiness she thrives.