What will you do if a man shows up, claiming to be the messenger of God? Yeah, that’s precisely what Netflix‘s latest thriller, ‘Messiah‘ explores. This becomes a deeply engaging context especially in the current age of violence and unrest, where thousands of people are exploited, and struggle with both physical and emotional turmoils.

While others are growing increasingly cynical and skeptical of everything, as one cannot really trust anyone. Netflix then shows up with a thriller that explores how people desperately need to believe in something in a time when they cannot believe in anything. ‘Messiah’ takes Netflix’s list of uniquely gripping thrillers to a whole new level with its geopolitical religious premise which is both controversial and thought-provoking, as it becomes a cat and mouse chase between a CIA agent and a man who claims to be “Al Massih”. SPOILERS AHEAD. 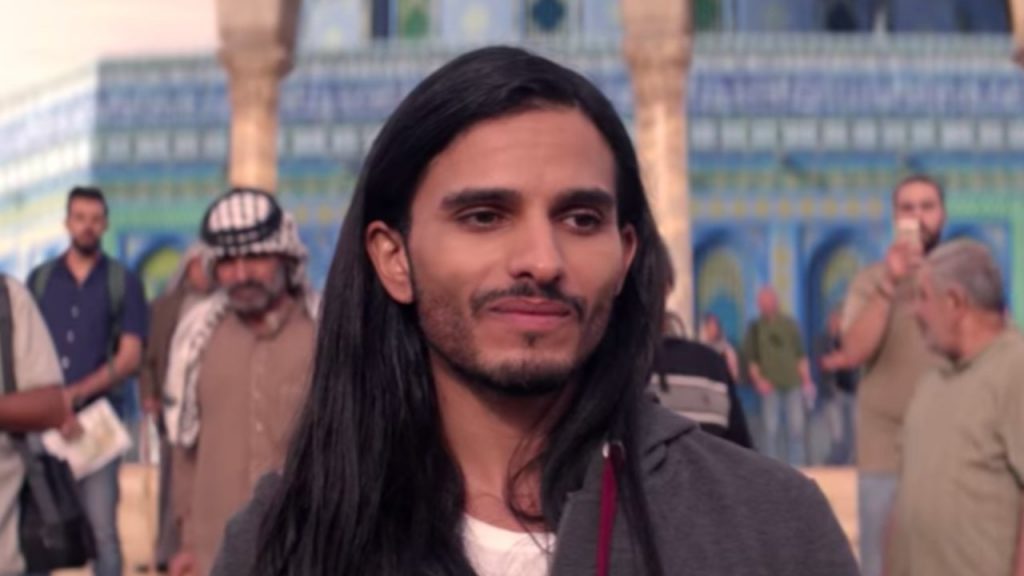 The episode begins in Texas, where we’re first introduced to Rebecca (Stefania LaVie Owen), and then her parents Felix (John Ortiz) and Anna (Melinda Page Hamilton). Rebecca faints in the desert while she’s smoking, and we learn that Felix is a Reverend who hardly has people coming to the church, and that Anna secretly drinks. The couple is facing major financial difficulties. It is hinted that out of desperation, Felix might burn the Church to claim insurance. He also comes across Al Massih in the news. Meanwhile, Rebecca is unhappy in Texas which she thinks is a “shithole”, and wants to leave.

Back in Israel, we have the arrival of Eva Geller who’s here to find answers about Al Massih. The entire affair becomes increasingly controversial as Israel is under a lot of pressure from other Muslim nations to provide shelter for the 2000 asylum seekers. The refugees sit by the border, waiting and starving. Eventually, Israel Funding Aid arrives with some food and water, but it is revealed that they have come to search for the man. When the refugees learn that he escaped, they begin to feel hopeful and celebrate.

When Al Massih escaped from the cell, Aviram was the last person to see him. He had also previously erased the tape of the interrogation in which the man revealed personal confidential information about Aviram. Due to this information, Geller suspects Aviram to be behind the man’s escape. There is another 12 minute long recording erased from the time the man disappeared. Aviram thinks that he’s been wrongfully accused and sets out to find Al Massih on his own.

The man is finally spotted at Temple Mount in Jerusalem, where he addresses a hesitant crowd. He talks to them about the Judgement Day, to end all the violence and unite, and asks people to step forward.  No one but a young boy does. Just around the time, the police shows up to capture “al Massih”, but there is a sudden fire that creates major chaos. The young boy is shot, and the man resurrects the boy by touching him, and then disappears. The video of this incident goes viral and leads to widespread protests and riots all over Israel, causing an intifada.

Geller and Qaram (her co-worker) try to track down Al Massih, and finally find him in Jordan. They decide to find the boy who was shot to seek answers as there is no proof that the police gun was even fired. But they find that the boy and his family left as everyone believed he was touched by god. Meanwhile, Aviram keeps an eye on the border, and when a girl offers Jibril some bread and water, he kidnaps Jibril.

The second episode ‘Messiah’ introduces several interesting concepts. With the third parallel to the story in Texas, we can now see that Al Massih in all probability will reach U.S., and will have an impact on Rebecca’s family. It would be really interesting to see how Christianity becomes a part of the story and what makes the people in America to believe in him. Al Massih does not speak of particular religion, only of God and God’s book, and both the Bible and the Quran speak of Isa/Christ.

Another stimulating concept that the episode initiates is about the young boy and his family being a part of the scam. This does not seem very likely. What’s more likely though is that Al Massih is somehow behind the fake shot. This ends up becoming relevant to the widespread speculation surrounding the show about how Al Massih is really “Al Massih ad-Dajjal” which translates to mean “the false messiah”, an evil figure similar to the Antichrist. It will really cool if the show takes that direction, but it could also potentially spoil the premise.

There are hints in the episode that reveal that there is more than what meets the eyes with the man’s sudden disappearances and the resurrections. This is because there are also recordings missing, and no proof of an actual gun fire at the Temple Mount, which hint that it could all be a massive amount of trickery. It is too soon to know for sure who “Al Massih” really is and what his intentions are. But the second episode remains fast-paced and keeps you engaged as the story is slowly taking shape.