Are Michael and Alex From Say I Do Still Together? 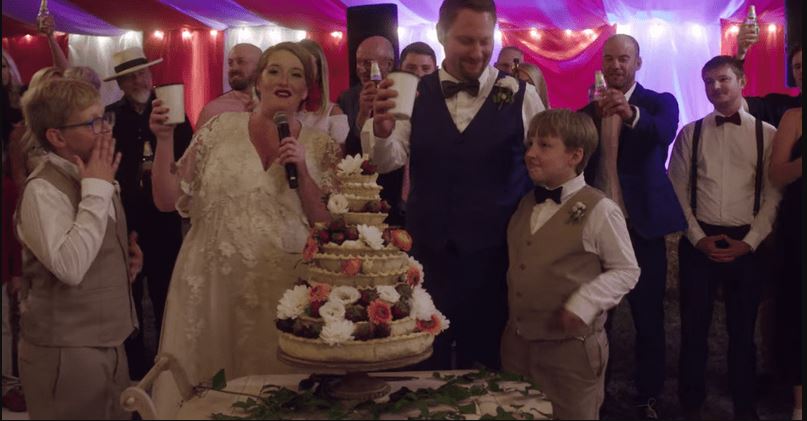 Netflix’s new dating reality series ‘Say I Do’ is extremely wholesome, to say the least. The genre is used in extremely loose terms because all the couples who are featured in it have already been together for years and set their foundations. The series follows these couples as they overcome their struggles to celebrate their relationship at a surprise dream wedding set up by three experts – Jeremiah Brent, Thai Nguyen, and Gabriele Bertaccini.

Episode 2, titled ‘Instant Family,’ focused on the love story of Michael and his girlfriend, Alex. Their relationship and connection was one that was not only awe-inspiring but had us hoping that they would last a lifetime. Full of romance and understanding, their bond is almost idyllic.

Michael and Alex: Say I Do Journey

Michael and Alex first met more than eight years ago, when Michael had gone out for a beer as a pick me up after his home had been burgled. Alex had walked up to him and that was that – they became inseparable. A few years ago, they bought a home together and were planning to have a wedding and start a family, but Michael made it clear that he would only propose when he knew that he could make all her dreams come true. He was working towards it, however, all that changed suddenly when he got a call telling him that he needed to take custody of his nephews.

Overnight the couple became parents and put their own wishes and dreams on hold. Michael’s nephews, Travis, 12, and Josh, 10, were severely malnourished and had been fending for themselves for a while because their mother, a junkie, was either always doing drugs or suffering from withdrawal. The kids were neglected to such an extent that the couple had to acclimate them into showering and brushing habits. They didn’t trust adults so it took them a while, but finally, after two years, they felt as if they had a family and could be themselves without worry.

Michael saw all that Alex was doing for the boys – he saw her love, her patience, and her sacrifices, therefore, he decided that it was time for them to move forward. Both Travis and Josh were in on his plan for the surprise wedding and even helped him pick out a ring, which Jeremiah and the experts generously got for him. They couldn’t let financial constraints come in between dream experiences. And so, Michael and Alex tied the knot in a carnival-themed wedding.

The boys were even a part of the ceremony as well. Before the couple made their actual vows, the four of them held hands to promise each other that they would always be a family and support each other no matter what. Michael and Alex’s vows to each other, though, are what brought everyone to tears. Their strength and love for each other made it clear that they are genuinely a perfect match.

Where Are Michael and Alex Now? Are They Still Married?

Yes, yes they are! Since Alex was eight and a half months pregnant at the time of their wedding, she has since given birth to their son, Tristan, who has two amazing elder brothers and two attentive and lovable parents. All the experience of having adoptive kids is definitely helping the couple in raising their son. The Franklin’s all currently reside in Louisville, Kentucky, where they live a life full of love and appreciation.

We don’t know for sure, but we hope that Michael’s father is more present in the life of his grand-kids now. We saw him admit to his mistakes of not being there as much as he should have been and his promise to do better, so we just hope that he made good of that promise. The couple revealed that this wasn’t how they had planned to have their wedding initially, but with circumstances, even their dreams changed, and somehow, their reality ended up being much better.

Read More: Are Nikko and Amber Still Together?