Who Is Michael From Love on the Spectrum? 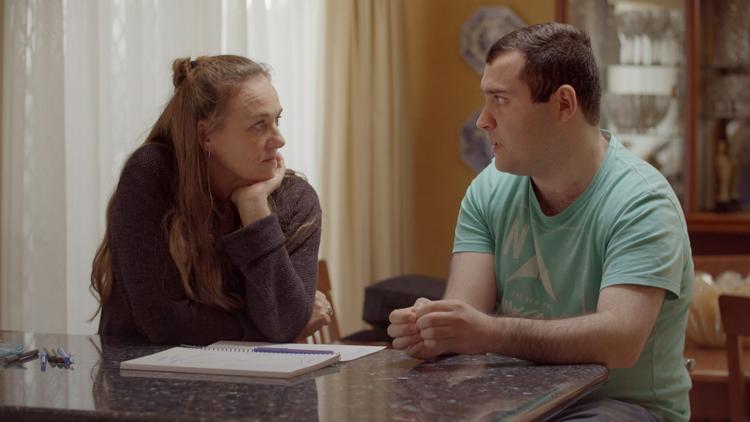 Inclusion in reality dating series is a topic that has been talked about for ages, but Netflix has done it; it has finally broken all bounds and barriers. In ‘Dating Around,‘ they brought in people from all races, sexual orientations, and backgrounds, and now, in ‘Love on the Spectrum,’ they brought in people who belonged on the Autism Spectrum. The series first premiered in Australia, where it was filmed, back in 2019, but Netflix is the platform that has taken it worldwide.

According to its official synopsis: “Finding love can be hard for anyone. For young adults on the autism spectrum, exploring the unpredictable world of dating is even more complicated.” And, we saw exactly how true it was, especially in the case of the 25-year-old Michael, the Wollongong man who dreams of finding his life partner and getting married.

Michael was one of the seven single participants to have been featured on the show, and honestly, it didn’t take him long to win our hearts. Unlike others, this bachelor truly just wanted to find love, not expand his following on social media or further his career. He admitted that even though his autism, Asperger’s, makes him learn things differently, he believes that for him, its more of a gift. His endearing nature and the way he talked about himself and how he would treat his future partner made our heart melt on more than one occasion, especially when he said that his greatest dream in life was to “become a husband.”

Having never dated before, he knew that it would be hard, but he was finally ready to get out there. Like most people, Michael himself had preferences, but it was more of what he didn’t like than what he did. He just knew that he didn’t want a model beautiful girlfriend or someone who was too loud, too gothic, or too tomboyish. Basically, he didn’t want anyone who still acted like she was in high school. Him saying that he would treat his queen as his top priority, that she’d be his most valuable treasure, his million dollars if you will, was definitely the highlight of his stint on reality television.

Where is Michael Now?

Michael’s first-ever dating experience wound up to be a couple’s dinner in his area, where partners could switch places and meet a few different people on the same night. There, Michael, fortunately, ended up engaging with Amanda. Their mutual love of toys happened to be their point of connection, and after that, sparks just flew. They enjoyed their conversations so much that Michael asked her there and then if she’d be okay to meet again, and she said yes!

Michael prides himself on being able to read faces and social cues, so one their first official date, when Amanda, started feeling overwhelmed with the formal atmosphere, he said that it was okay if she wanted to leave and even walked her to the door. They did end up meeting once more for a comic convention date, where Michael proved that he’s a gentleman even more, but, unfortunately, it didn’t work out. Michael, however, being his positive self is still out there looking for his true love, and we honestly hope that he finds it soon, after all, he deserves it more than ever.