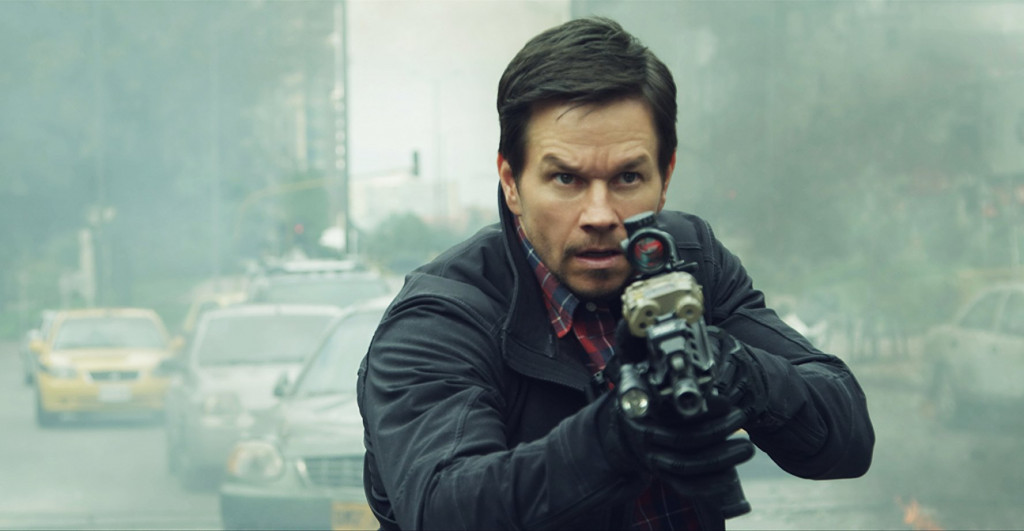 Directed by Peter Berg (‘Hancock’), ‘Mile 22’ is a bold and suspenseful spy flick that tells the story of James Silva (Mark Wahlberg), a child prodigy turned high-ranking CIA field officer, and his strike team code-named Overwatch, which gets activated when all diplomatic and military options fail. The action thriller is predominantly set in the fictional country of Indocarr, based on Indonesia.

The central plot of the film follows Silva’s team as they try to get a high-value target from the US embassy to an airstrip 22 miles away from where he can be safely extracted. The problem is that the host government’s entire apparatus has begun hunting them, intending to keep the target from leaving the country. SPOILERS AHEAD!

‘Mile 22’ begins with Overwatch raiding a Russian FSB safe house somewhere inside the US in search of shipments of cesium. While Silva is a field leader, the mission is overseen by James Bishop (John Malkovich). After securing the premise, Overwatch executes all members of the FSB cell. Silva himself kills an 18-year-old boy. The story then shifts to 16 months later.

The team is in Indocarr, where the political situation has turned quite volatile. Alice Kerr (Lauren Cohan), a member of Silva’s team, is having trouble finding a work-and-personal-life balance. Furthermore, her local asset, Police Officer Li Noor (Iko Uwais), provided her with false intel, something that has never happened before. Noor shows up at the US embassy with a disc, which he claims has the information about where the last cesium is stored.

But the disc is encrypted, and Noor is only willing to divulge the code if he is promised that the US officials will take him out of the country. Axel (Sam Medina), an officer in the Indocarr State Intelligence Agency, meets with the ambassador and demand Noor to be handed over to them. While this discussion is going on, other members of the country’s spy agency show up and attack Noor, who manages to kill or subdue all of them.

The US government takes Noor up on his offer. They know that the local administration will do everything they can to prevent Noor from leaving. As a result, Overwatch is activated. Their main task is to deliver Noor at an airstrip 22 miles away from the embassy. But soon after leaving the premise of the embassy, the members of the elite American military team realize that they are simply outnumbered and outgunned. One by one, Silva’s subordinates start dying as they race against time to get Noor to the strip before the plane sent to pick Noor up leaves.

From the moment Noor has been introduced on the screen, we are purposefully led to focus on his battle prowess. That fact that he is likely as cerebral as Silva himself is carefully hidden behind set-pieces after set-pieces. Berg is a remarkable action director and can create action sequences that are both artistic and violent with effortless ease. He uses every fight, with guns or otherwise, explosion, car chase to forward the story. There is not even a single moment that feels out of place in this edge-of-your-seat action drama.

At the beginning of the film, the young Russian kid tells Silva, “you’re making a mistake,” to which Silva replies sardonically, “I’ve made many before.” As it turns out, he is the son of an incredibly powerful woman in the Russian government, although the film never really clarifies exactly what post she holds. She knew that the people who killed her son are in Indocarr, and it will only take the prospect of information about cesium for the US officials to reactivate Overwatch.

It is very much possible that she is the one who encrypted the disc that Noor brings to the embassy. Right before the guy gets on the plane, he gives Silva the password and tells him to say hello to his mother for him, indicating that he knows the codenames Overwatch uses. While Noor and Alice are on the plane, Silva, Bishop, and Alice almost simultaneously come to the same conclusion that Noor is a triple agent, working for the Russians. But by then, it’s already too late.

He likely has been a member of the sleeper cell all his life, leading a normal life as a special forces officer in Indocarr until Alice recruited him. Instead of containing what it is supposed to, the disc has a Trojan horse, which exposes the position of the Overwatch support team. The Russians immediately attack the base, and everyone there is killed, except for Bishop. ‘Mile 22’ ends with a complete and utter rout for the CIA. The grieving mother gets her revenge, and it seems like Overwatch has been completely decimated.

One of the things that ‘Mile 22’ purposefully keeps ambiguous is what happens to Alice on the plane. Silva seems unwilling to discuss her. The last communication we hear of the aircraft is the pilots shouting for help and reporting that the cockpit has been breached. As we see Noor in the closing scenes, very much alive and walking purposefully, the plane obviously hasn’t crashed.

In fact, he was most likely successful in taking control of it. Alice had served her purpose by then, and he had no reason to let her live. But the simple fact that the film doesn’t show it when it has shown all the other deaths in their minute and gory detail means that there is more to it.