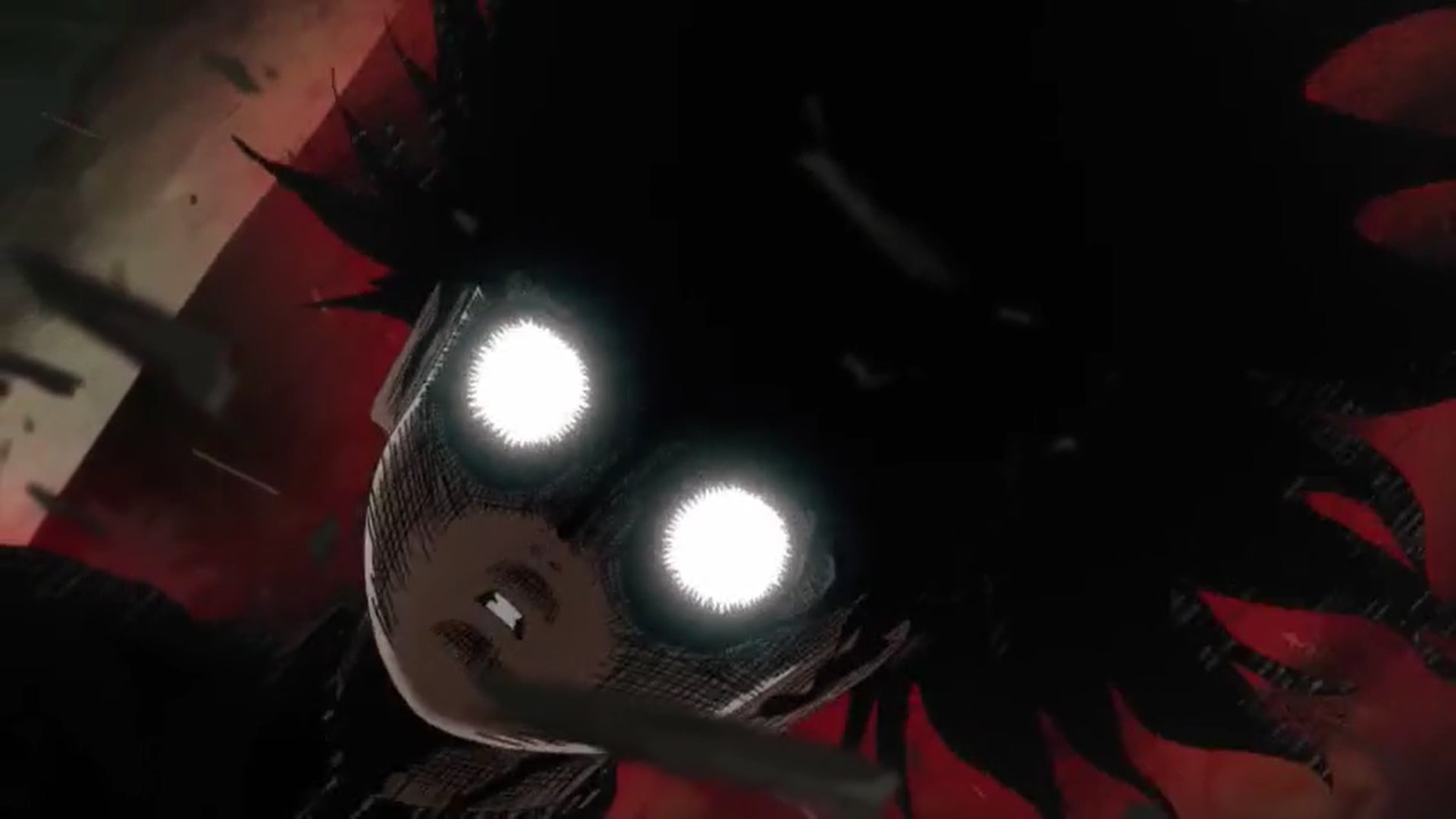 After Mob sees a car approaching a young boy crossing the road, he makes a split-second decision to save him. While he manages to push him out of harm’s way, Kageyama himself gets hit by the car and is soon lying in a pool of his blood. The bystanders try calling for help but suddenly the ground starts shaking and their phones stop working properly. After a huge blast, Mob wakes up but it turns out that he has accidentally activated ???%. 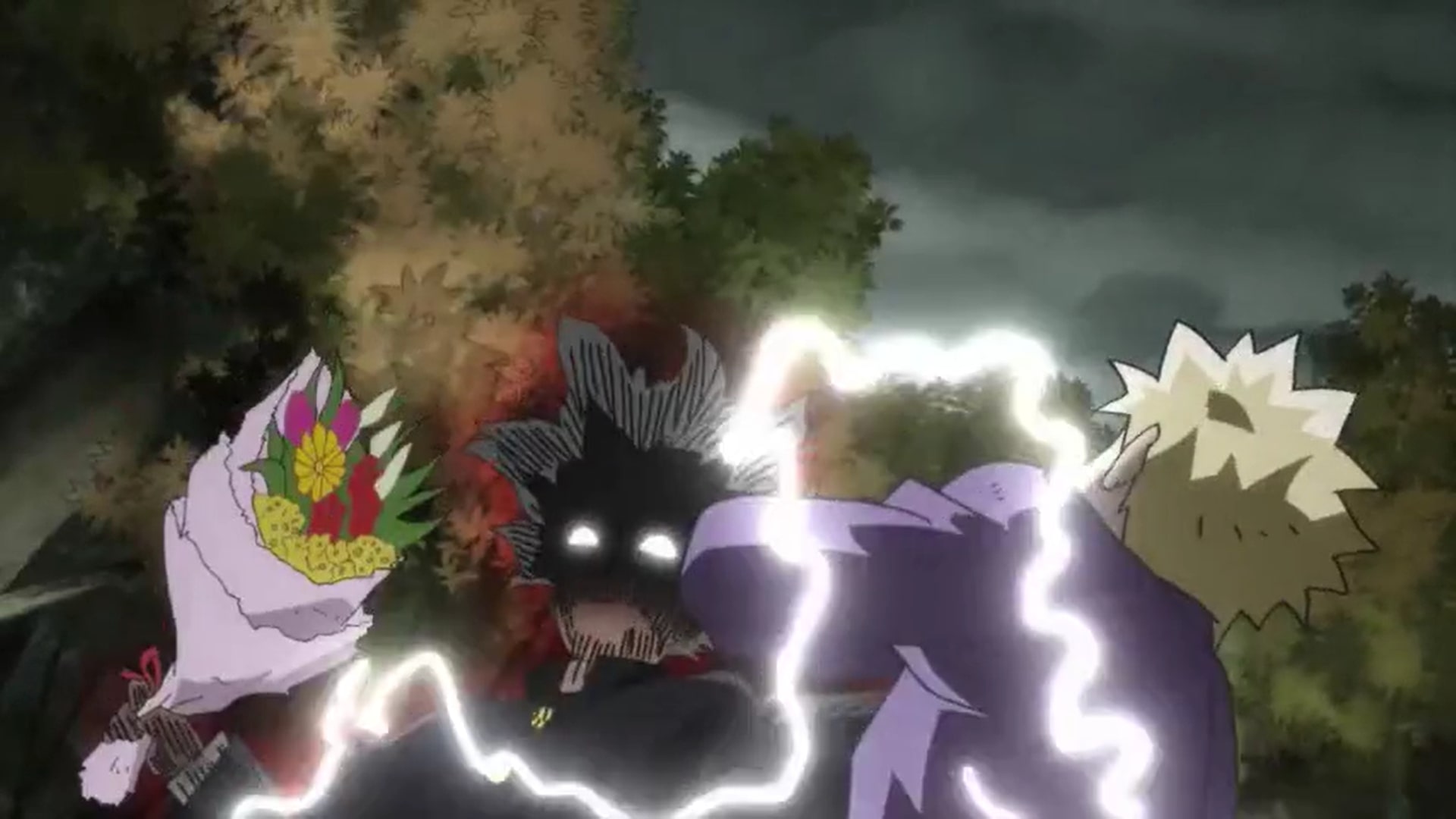 As he continues to walk towards the park to meet Tsubomi, the tremors created by each step lead to an earthquake-like effect, and most buildings near him crumble to the ground. The news spreads like wildfire and the evacuation work slowly begins. Hanazawa is the first to realize the true nature of the disaster and manages to find Mob walking through a deserted location. By this time, Kageyama has already caused a lot of damage in the city, but Hanazawa still feels that he can talk sense into his friend.

But soon he finds out that Mob is not really in control as he gets beaten up by him. However, he does not lose his heart and tries to stop him. When he realizes that Mob reacts to the flowers being hurled in the air, he decides to destroy them hoping that will wake him up. But in his current state, Kageyama first protects the flowers from damage after which he grabs Hanazawa by his collar and throws him as hard as possible.

After Mob literally throws Hanazawa like a ragdoll, he eventually ends up near an apartment complex. Although he has suffered a lot of injuries by now, he is still concerned about the well-being of the people nearby. He repeatedly asks everyone to run away and also catches falling debris to save crucial lives. But before he could do much, Mob ends up at the spot too. Hanazawa has known him for a while and feels that Mob’s current condition is rooted in his emotional instability. 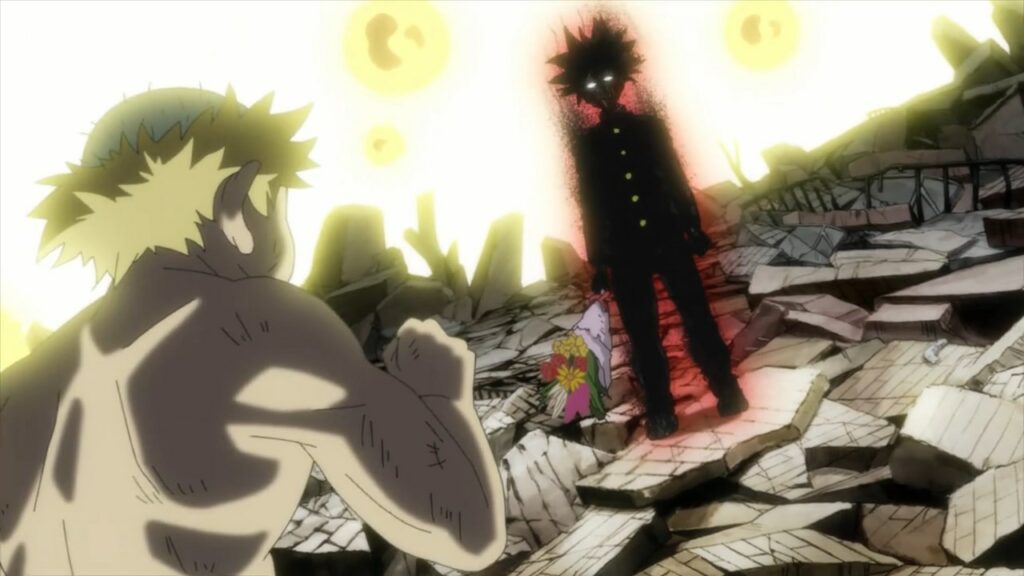 Therefore, instead of using his powers to attack, he approaches him trying to wake him up from the maniacal spell that he is in. As Hanazawa appeals to Mob, he is constantly withstanding the power exerted on him. In a short time, he has fallen to his knees and the hair on his head is half gone. However, he succeeds in waking up Mob’s conscience. Mob tries to take cognizance of the situation and immediately realizes that all of the destruction is his own doing. Unfortunately, he is still not in control so he appeals to Hanazawa to use all his powers on him.

It is unclear whether he hears him or not, but Hanazawa realizes that a lot of people are probably buried in the rubble so he uses all his strength in the last ditch effort to take them out before falling to the ground. Although some fans may have feared the worst, Hanazawa is actually only unconscious because of overexerting himself and his injuries.

What Measures Are Taken to Stop Mob? Does Reigen Find Out the Truth Behind the Earthquakes?

After Hanazawa is no longer in his way, Mob continues to walk on his path while Tsubome waits for him in the park hoping that he will show up soon. Two supermarket employees who are also aware of the recent news know that an esper responsible for the chaos is coming towards them. But they are loyal to their boss for what he has done for them. In order to repay him, they have decided to fight until they stop the culprit no matter how far they have to go. Meanwhile, the government appears to have decided to deploy a few criminals in the region for evacuation work and stopping Mob. 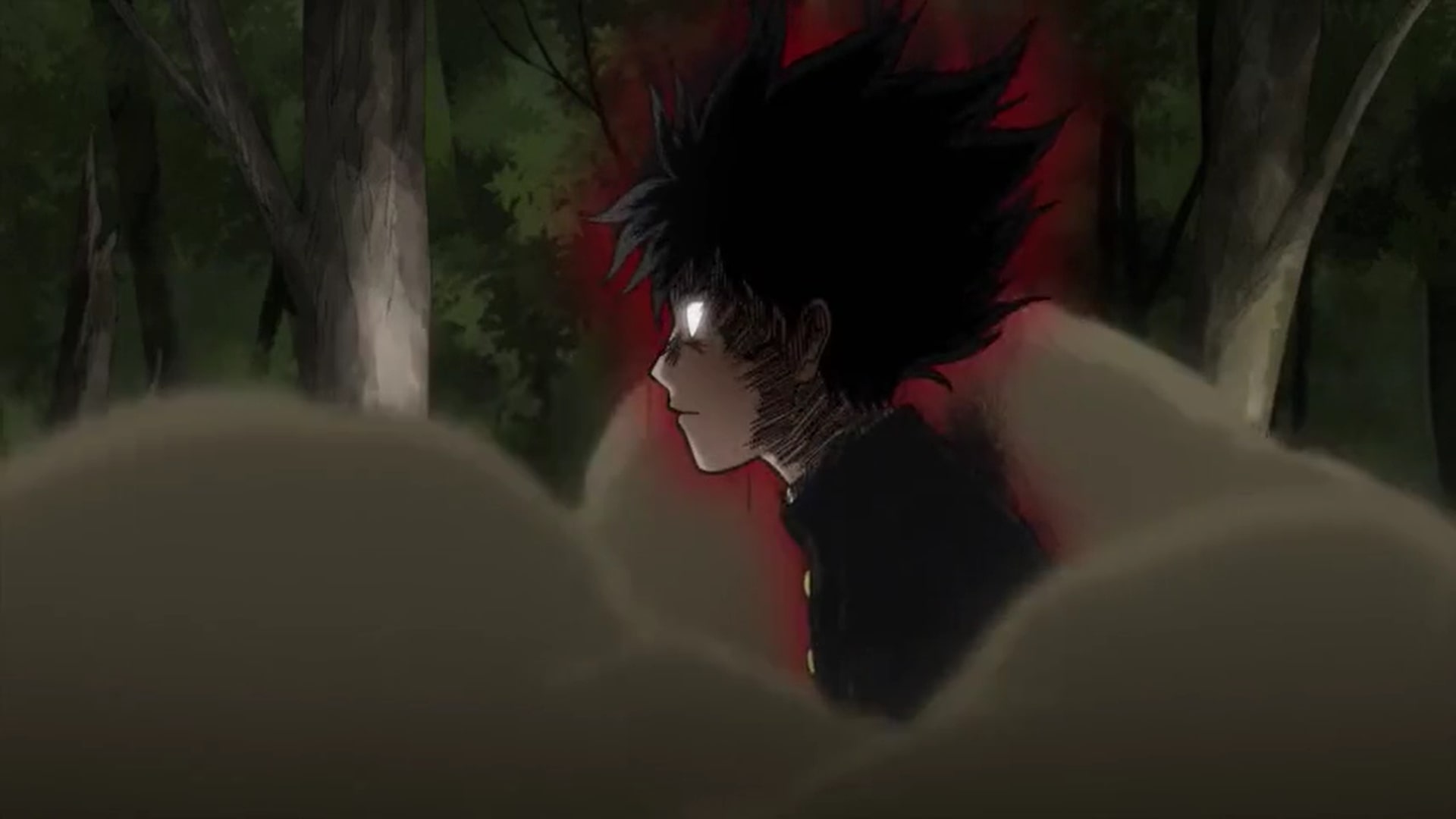 In return for their service, the prisoners are offered to have their sentences shortened. When one overconfident prisoner tries to disregard the threat posed by the powerful esper responsible for the disaster, another criminal with him beats him up. He argues that he can feel the power of their growing and therefore no one should downplay the danger that the unknown esper can pose. Meanwhile, the photos from the incident have become viral by now and a lot of people including Reigen have realized that the esper that everyone is talking about is none other than their friend Mob.