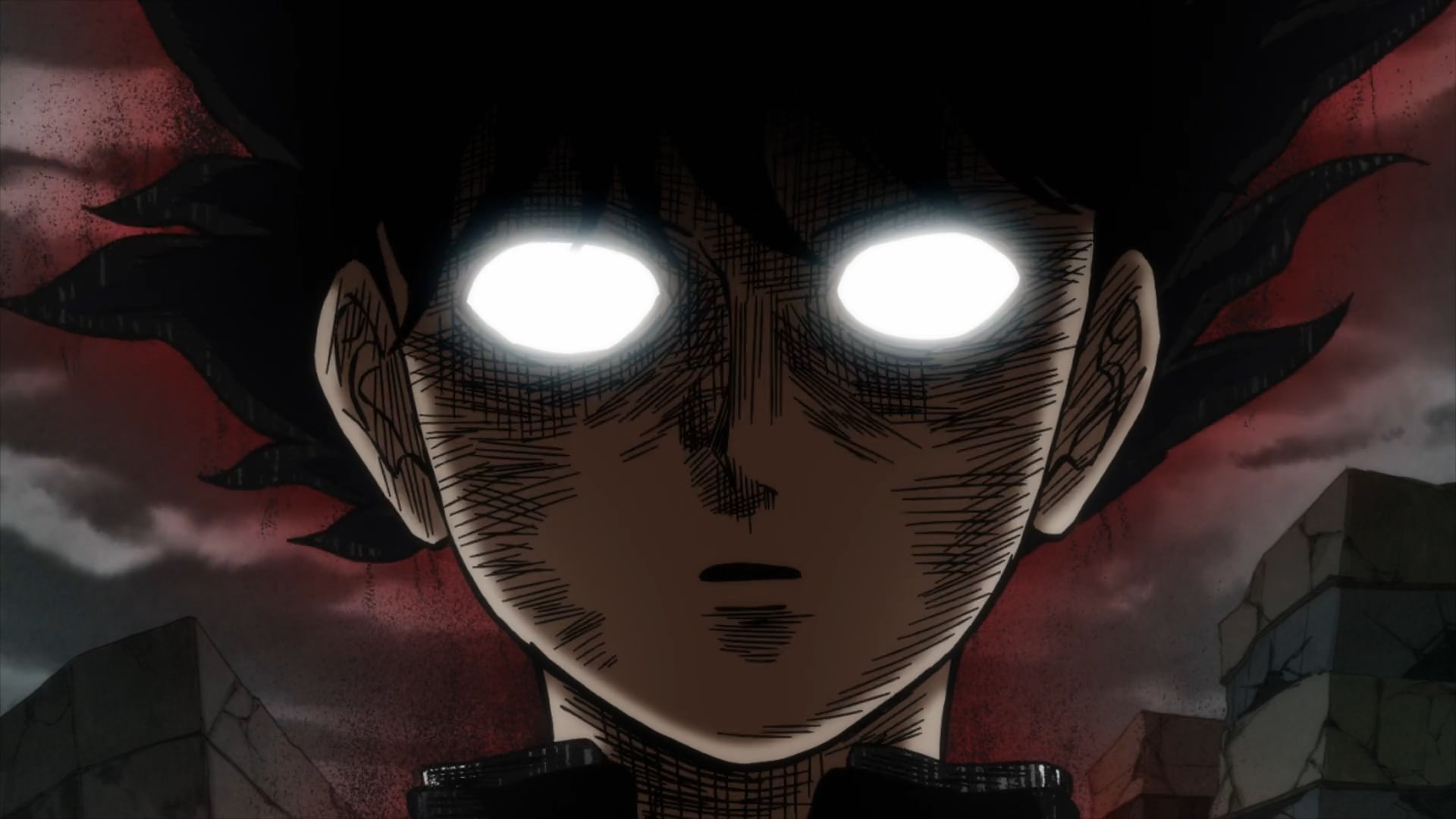 In ‘Mob Psycho 100’ season 3 or ‘Mob Psycho III’ episode 11 titled ‘Mob 3 ~Trauma~’ Toichiro Suzuki, the founder and leader of Claw confronts Shigeo Kageyama in order to stop the menace that he has unleashed on the city. Unfortunately, even with his son’s help, Toichiro fails to put an end to Mob’s threat and has to eventually flee to save his life. Eventually, Ritsu finds his brother confident of the fact that he can stop him. Sadly, this turns out to be a wrong assumption and he pays dearly for his miscalculation. Here’s everything you need to know about the ending of ‘Mob Psycho III’ or ‘Mob Psycho 100’ season 3 episode 11. SPOILERS AHEAD!

While attending a regular Student Council meeting, Ritsu could feel the ominous atmosphere and suddenly realizes that his brother has lost control of his powers. In order to save him, he springs into action and runs outside. He eventually gets to the accident spot where it all began and realizes what has happened. Meanwhile, Toichiro Suzuki finally confronts Mob. He could see what has happened and knows that it won’t be easy to stop Shigeo. As he tries to attack Mob, Toichiro realizes that his attacks are barely hurting his opponent. 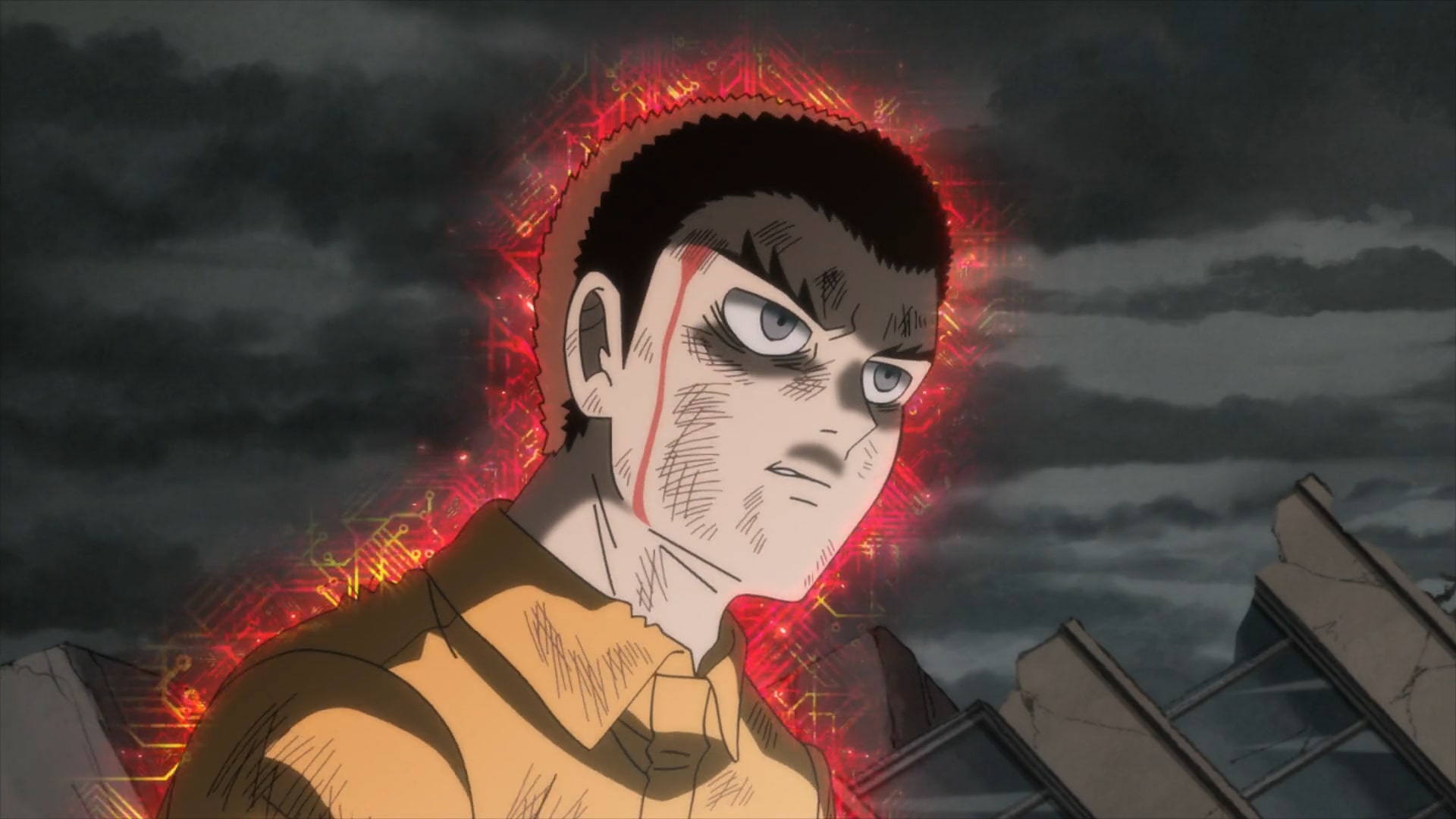 Meanwhile, Mob is easily able to hurt the former leader of the Claw. Interestingly, Toichiro’s son Sho turns up for the fight in order to help his father. When Shigeo unleashes a brutal attack, Toichiro does not try to run out of the way and faces it head-on. He does this to absorb some of Mob’s powers so that they can eventually be used against him. While this is a smart move, Mob still manages to overwhelm the father-son duo. It soon becomes evident that Toichiro may lose his life if he does not run away.

Looking at Sho, Toichiro feels that he can’t put his future on the line and decides to flee. As Shigeo continues to walk towards the park, the people from the Body Improvement Club try to talk sense into him, unbeknownst to the powers that they now face. Just by turning towards them, Mob easily shreds their clothes apart and they finally begin to realize how much strength their friend has been hiding from them all this time. Although they still try to stop him, they are easily tossed aside by Mob, who then continues to approach Tsubomi for their important rendezvous.

After Toichiro Suzuki and the Body Improvement Club have tried and failed to help Mob, Ritsu takes it upon himself to stop his brother. He has seen the destruction that Shigeo has unleashed in the city so far and feels that it’s about time that Mob comes to his senses. When Ritsu finally confronts his brother, he tells him that he understands that his out-of-control persona is not something to be shunned away but accepted. He tries to reassure Shigeo that his present state is also a part of him, so there is nothing to be scared of. 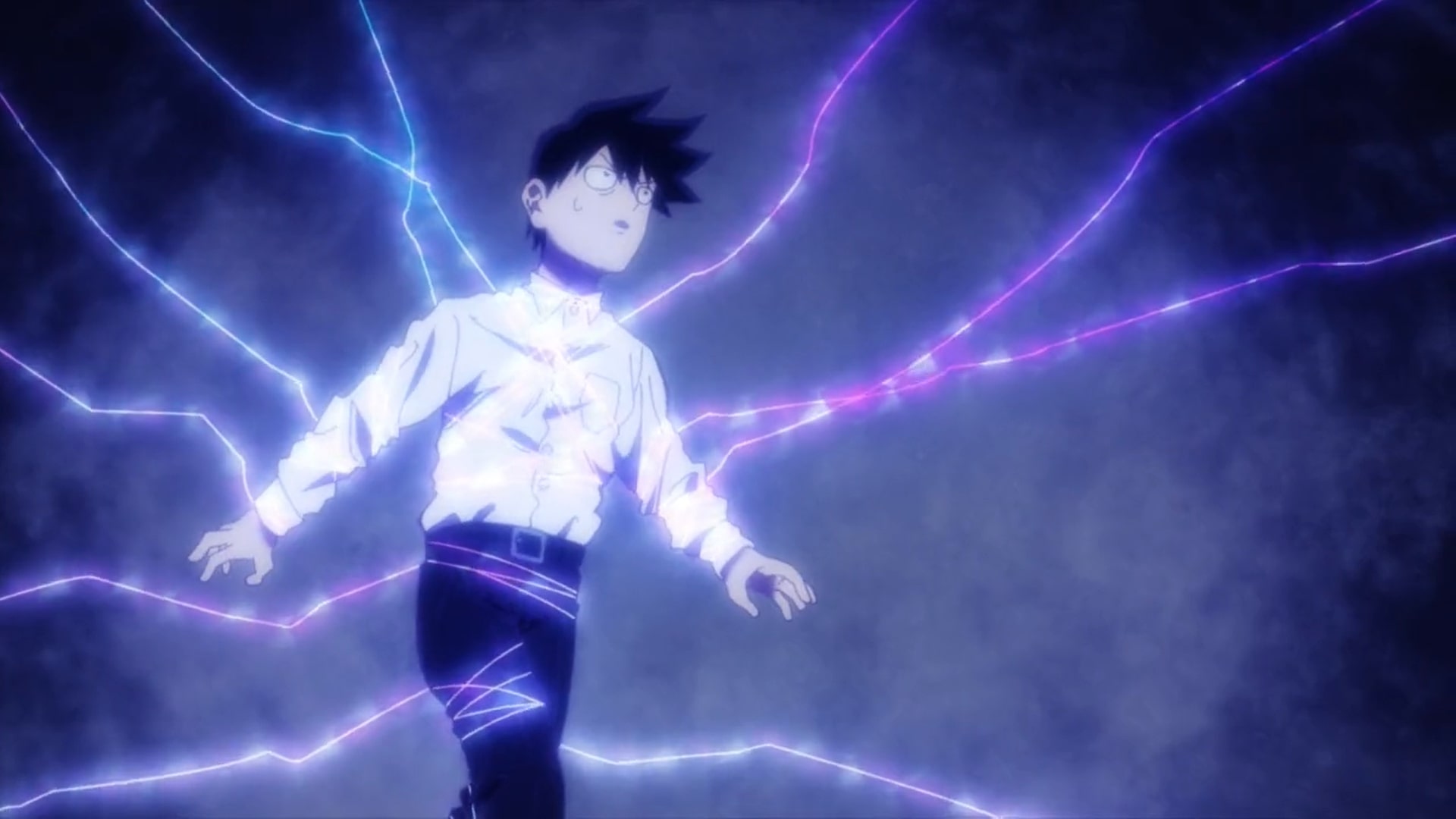 As Ritsu walks towards his brother, Mob internally struggles and desperately wants to tell him that person that he now confronts is actually not him. In fact, he wants Ritsu to know that he is actually wrong and his assumptions are absolutely inaccurate. Sadly, Shigeo can’t do much as his powers have overtaken his body, and can only helplessly watch his friends and acquaintances being attacked. When Ritsu has taken a few steps, Mob’s powers tie him up and he immediately realizes that he stands no chance.

Mob’s powers are about to attack but at the very last moment, Ritsu pushes himself to the limit and tries to stop him. Unfortunately, all his efforts ultimately turn out to be futile as the out-of-control Mob creates a huge storm after tossing his brother aside. The news spreads as wildfire and people cling to their screens to watch the entire drama unfold. Meanwhile, Serizawa and Reigen rush to the location to try and help Mob before he causes any more destruction in the city. 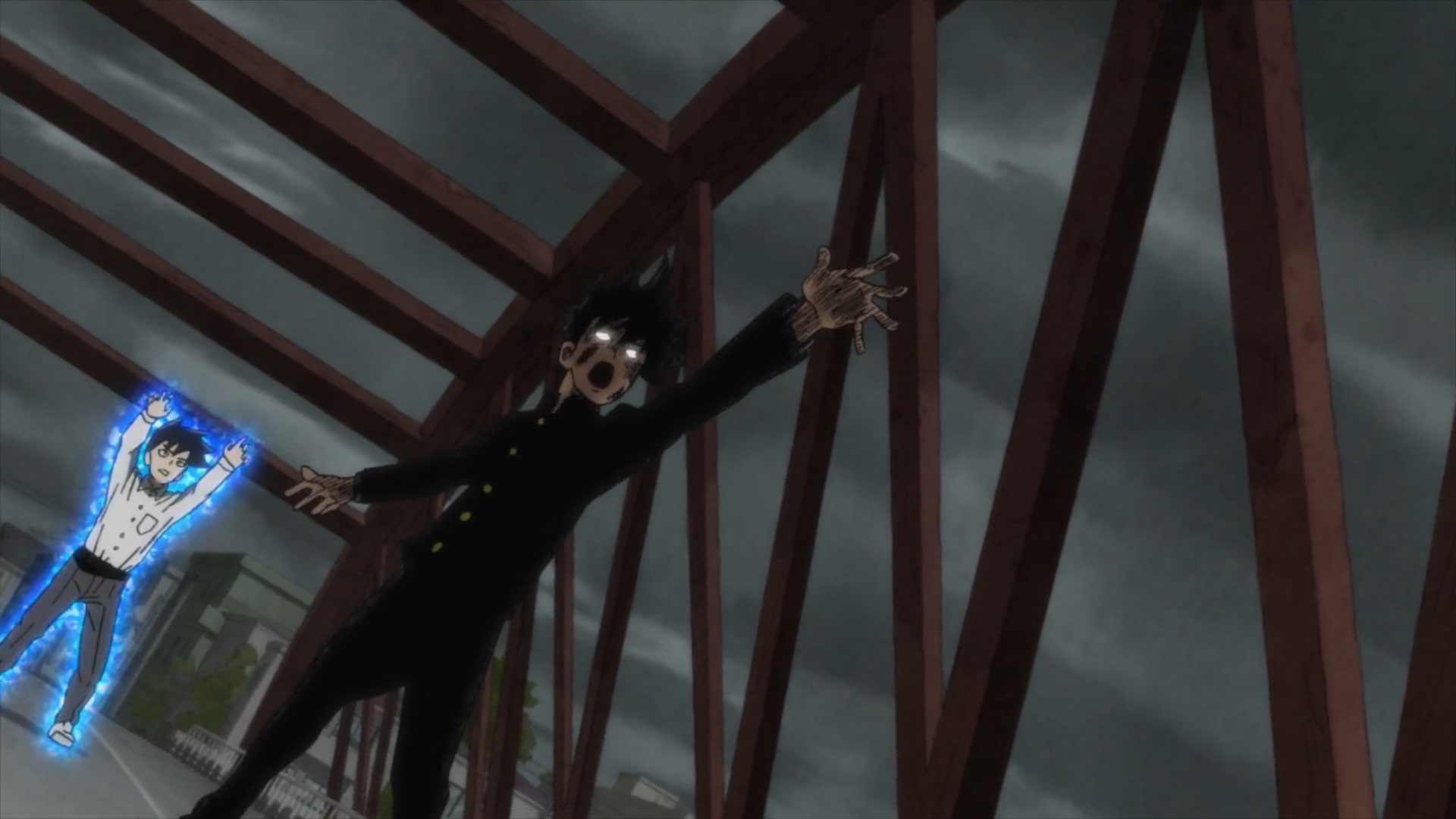 Shigeo finally faces his alter ego and learns that the out-of-control power is actually his strong will to meet Tsubomi which was activated when he was hit by the car. While he tries to fight back and gain control, his alter ego tells Shigeo that he is going to do what he wants now. Meanwhile, Ritsu wakes up near the bridge where he confronted his brother and realizes that is almost impossible to stop Mob now.