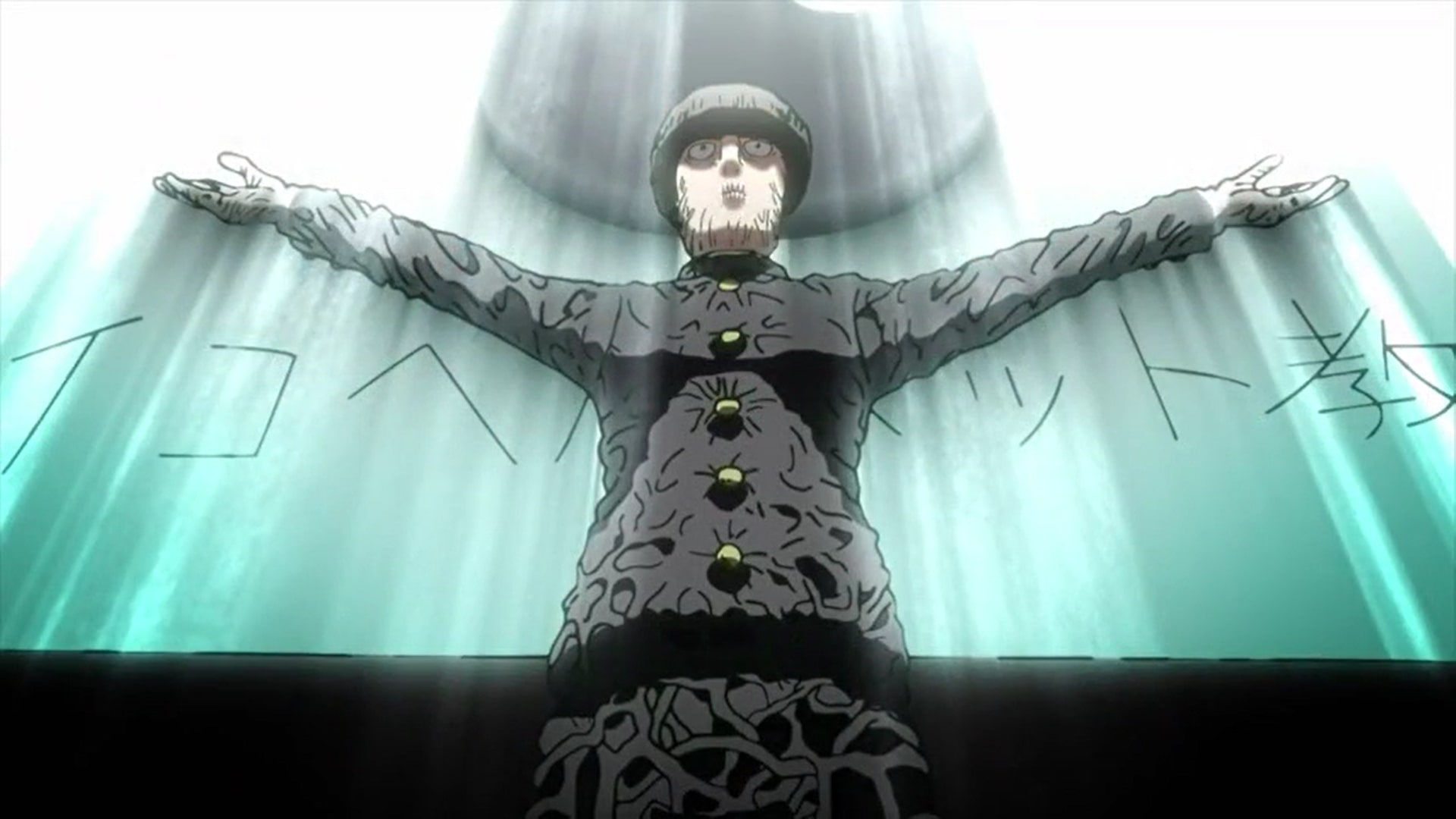 In ‘Mob Psycho 100’ season 3 or ‘Mob Psycho III’ episode 3 titled ‘Getting Carried Away ~100%~’ Kageyama notices that he has suddenly started getting too much attention from girls at school. Meanwhile, people and different religious groups start using the Divine Tree as the central source for their bogus spiritual claims. Mob learns that Mezato expects him to lead the Psycho Helmet Cult as their founder and wants him to address them at the religious gathering that they are organizing. Here’s everything you need to know about the ending of ‘Mob Psycho III’ episode 3. SPOILERS AHEAD!

On a normal day at school, Mob is busy doing mundane work when he notices that Tsubomi needs his help. After he gets her out of an embarrassing situation, she thanks him and Kageyama is glad that he got to talk to her after a long time. However, as he walks back home that evening, he notices that all the girls are checking him out or talking about him. To his surprise, Mezato requests him to go with her to the Psycho Helmet religious gathering that is about to be held on the coming Sunday. 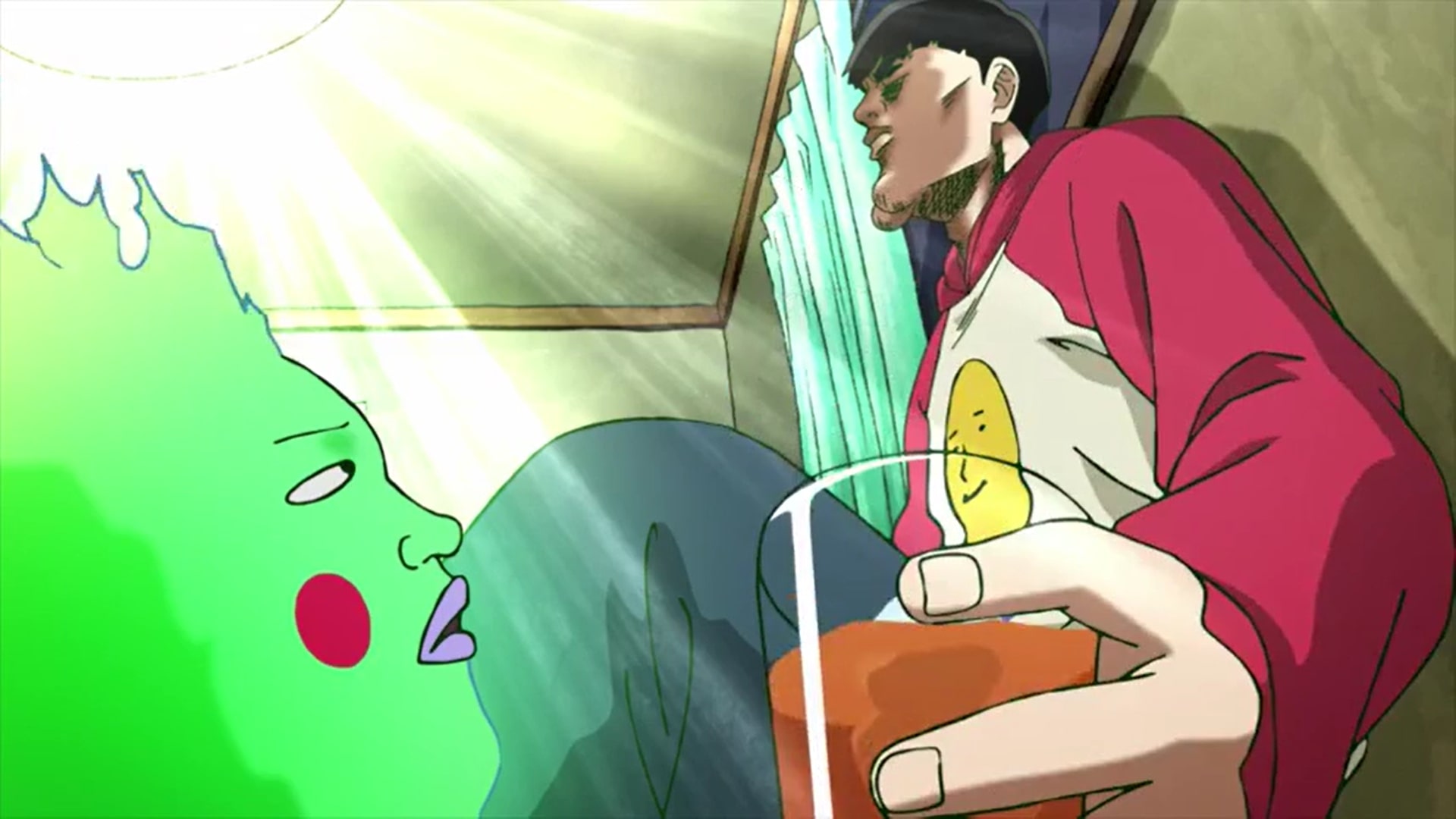 When Tome overhears their conversation, she reminds Mob that he has already promised to go with her that day. While he tries to say something, both of the girls do not listen to him and leave after telling him to not forget the plan he made with them. By this point, Mob could not ignore the fact that he is popular with the girls now. Meanwhile, different cults with spiritual ideas revolving around the Divine Tree have evolved in recent times and are trying to get more followers. Later that night, Mob receives a call from Mezato who argues that he should definitely go to the Psycho Helmet religious gathering since he is the true founder.

She claims that if he abstains from his responsibility some other imposter will manage to take his place in the founder’s audition and will use their influence to their own advantage. When Mob discusses Mezato’s call with Dimple, she advises him to go, so that both of them could use his influence as the founder of the cult. However, Mob is still skeptical of the idea as he feels that Dimple is not any different from the imposters who are planning to use the power for their own selfish goals. 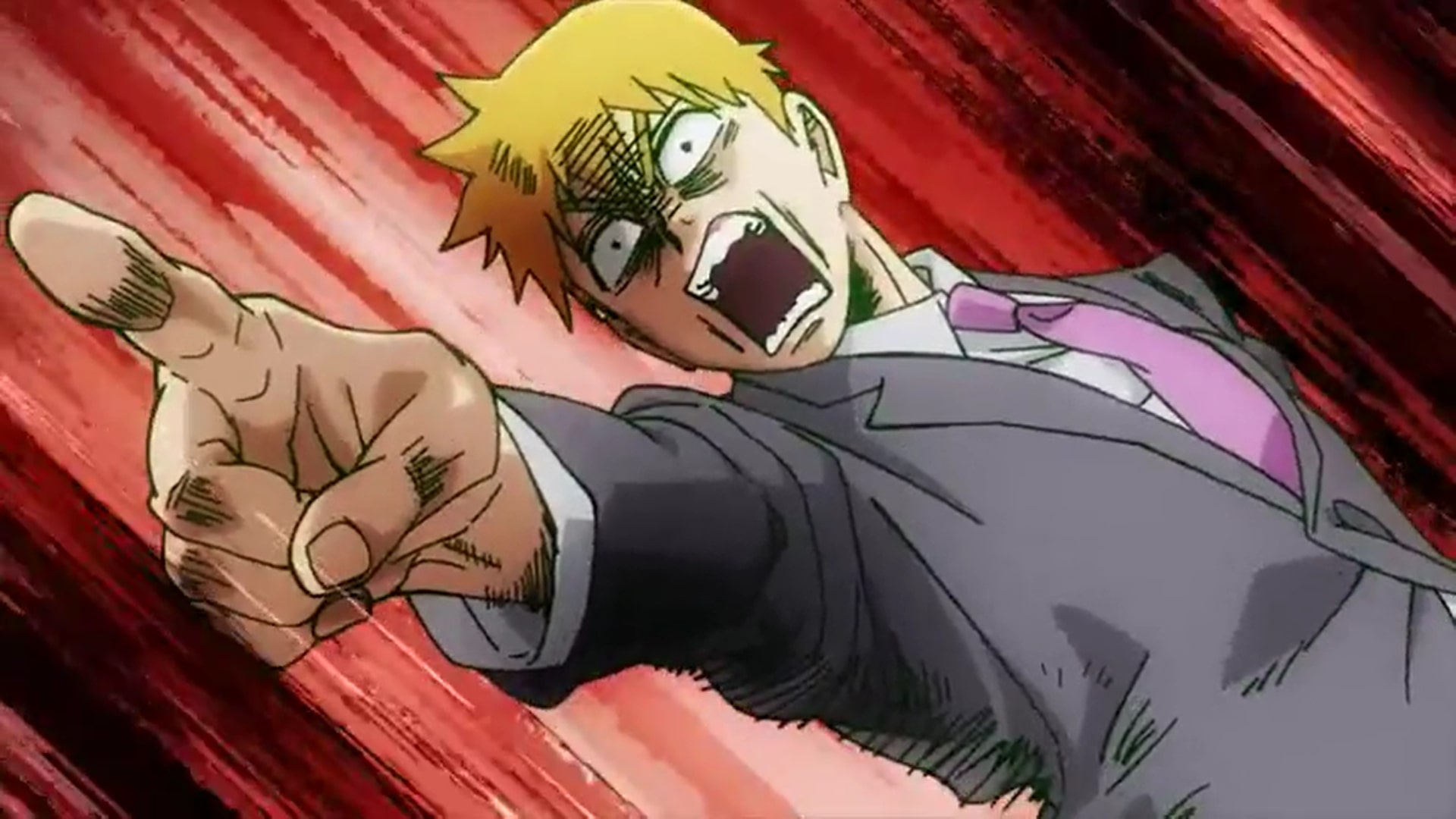 The following day, at the Spirits and Such Consultations Office, Reigen and Serizawa are discussing mundane life issues when Mob mentions that people are expecting him to visit the Psycho Helmet religious gathering as a founder. When Reigen realizes that the cult has a huge following, he sees it as a business opportunity and encourages Mob to go. He even gives him money so that he can buy himself new clothes.

Mob Psycho III Episode 3 Ending: Does Mob Attend the Psycho Helmet Religious Gathering? Does His Impersonator Convince People That He is the Founder?

The day after buying himself some clothes, Mob is excited as he plans to meet Mezato and Tome in the same evening. He waits for Tome at a park but she is late for some reason. Kageyama worries that something may have happened to her. Meanwhile, the founder auditions for the Pyscho Helmet Religion have already started. Different cults with their own interpretation of the Divine Tree’s origin show up for it as they are desperate to stake their claim on its powers.

As everyone settles down for the auditions to begin, one member of the cult reassures people sitting with him that everything will be alright since the real founder has just revealed himself to some followers of the cult the previous day. Meanwhile, Kageyama is still waiting in the park and realizes that even Mezato did not show up and is not even picking up his calls like Tome. Reigen is watching the religious gathering from the comfort of his home, excited for Mob to show up. However, when Mob finally appears on the stage Reigen notices that something is strange. 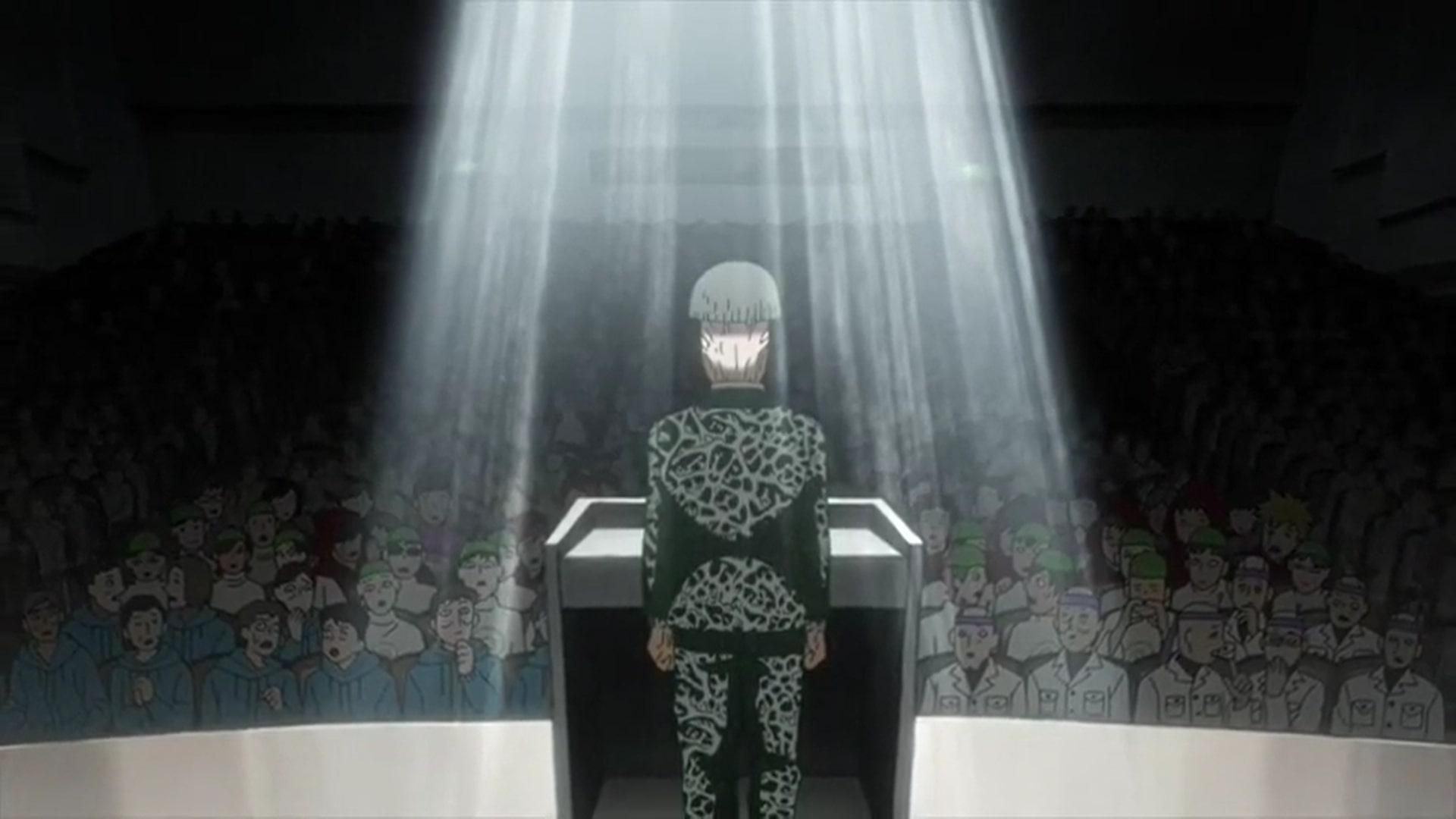 Moments later he realizes that the boy is actually some impersonator and the real Mob is busy on a phone call with someone. The impersonator starts his speech by claiming that he is the chosen one who will lead everyone to happiness. He goes on to declare that he will change the world with the support of his followers. According to him, the Divine Tree symbolizes the carefree nature of the Pyscho Helmet Religion. The size of the tree will continue to grow in the proportion to the people’s desires and bring supreme happiness to the whole world.

The impersonator then asserts that the Divine Tree is an extension of him and that people should continue praying to it. At this point, the audience has had enough and they start questioning all his claims. The impersonator remains calm and tells them that he is about to show a miracle. Suddenly gigantic broccoli sprouts from under the stage and leaves the audience at a loss for words to describe what they are witnessing.