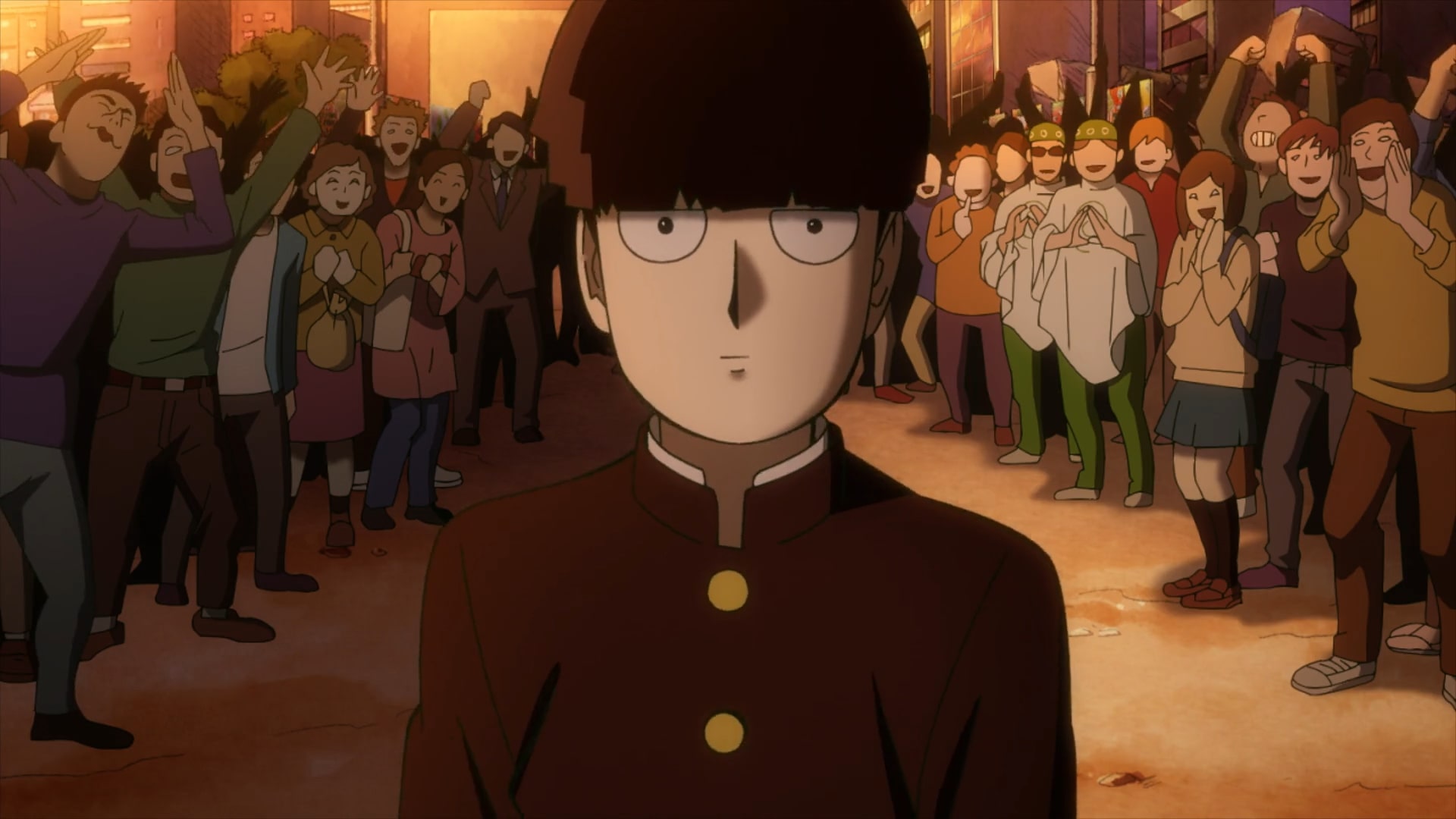 In ‘Mob Psycho 100’ season 3 or ‘Mob Psycho III’ episode 4 titled ‘Divine Tree 1 ~The Founder Appears~’ Reigen and Mob become painfully aware of the detrimental effects of the overgrowing roots of the Divine Tree. Meanwhile, Hanazawa finally has had enough and he decides to destroy it once and or all, only to learn a harsh truth about its current founder. Here’s everything you need to know about the ending of ‘Mob Psycho III’ episode 4. SPOILERS AHEAD!

The day after being stood up by Mezato, Mob meets her at school to find out what really happened to her suddenly the previous evening. She apologizes to him and explains that she was invited to the Psycho Helmet Religion congregation where she the true founder showed up. Mob slowly starts getting uncomfortable with the growing influence of the cult. However, when he meets Reigen he appears to take things lightly. 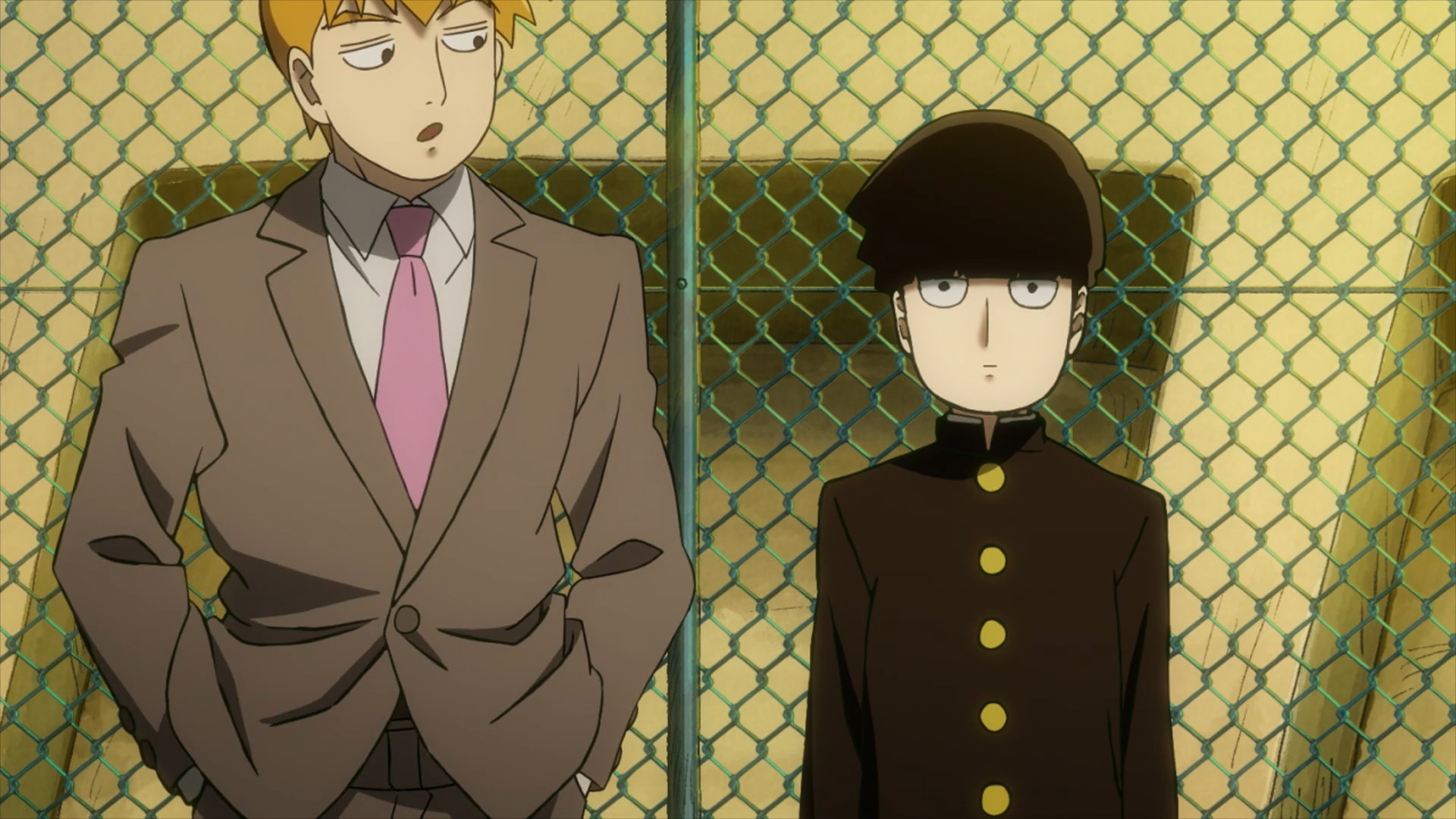 But Reigen himself is lately been worried by the Divine Tree’s growing roots that are destroying the city’s infrastructure and causing his business a lot of loss. Elsewhere Hanazawa suddenly realizes the haunting powers of brainwashing that are leading to the astronomical increase in the followers of the Pyscho Helmet religion. He decides that he has had enough and goes to the Divine Tree to destroy it for good.

However, he surprisingly gets sucked inside it by its powers. There he meets Dimple who is actually pretending to be the founder of the Cult and is determined to not let this opportunity slip from her hands. Hanazawa shows no mercy and cut the imposter’s body into pieces but it ends up regenerating barely a few seconds later. 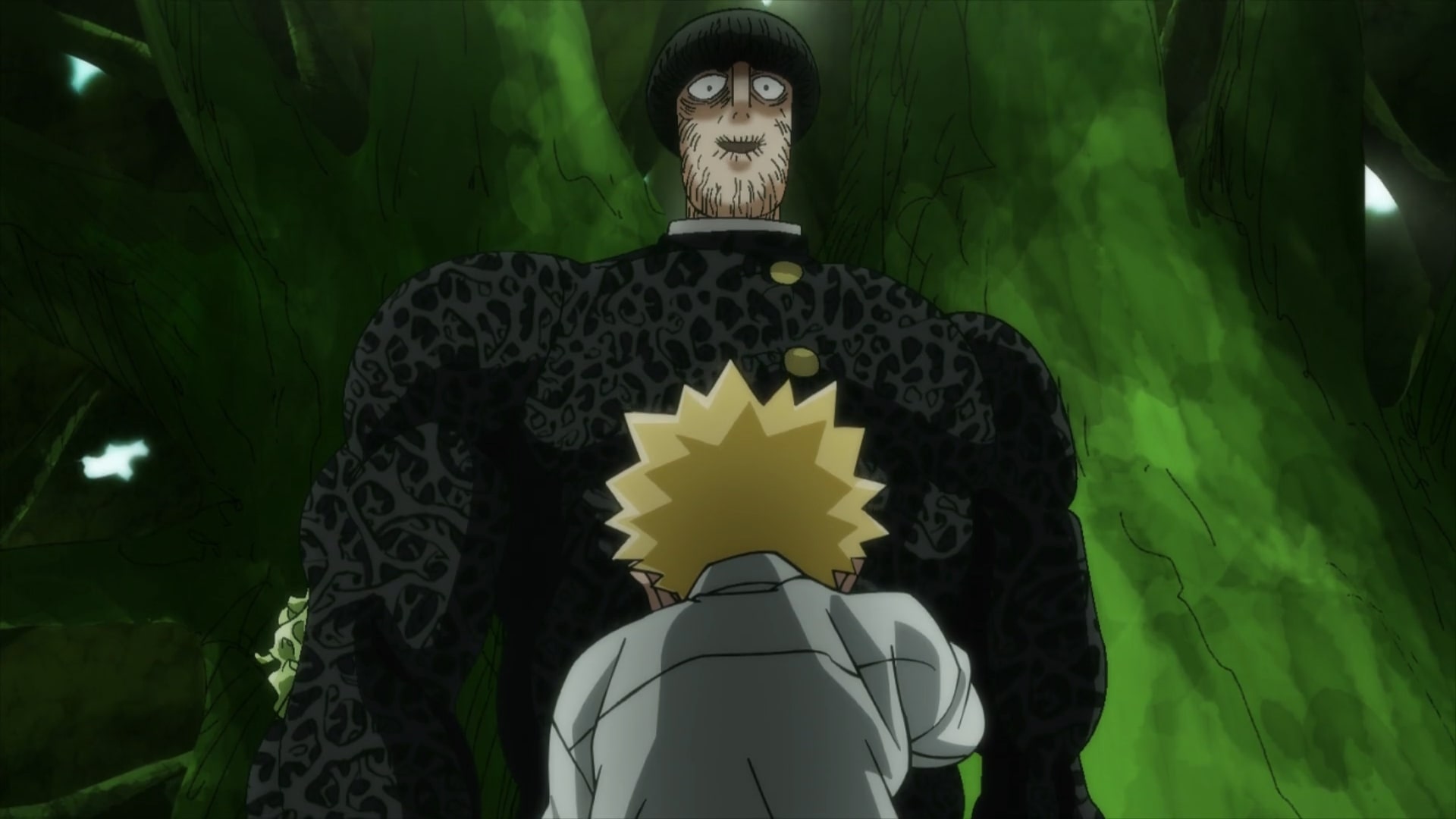 After their discussions in the office, Reigen and Mob head to the city to see the changes for themselves. That’s when it struck Mob that they are being constantly watched. However, Reigen dismisses his claim as he feels that his colleague still feels he is popular so he is just imagining things. Sometime after that Reigen introduces Mob to his master plan. He explains that they are going to lift the Divine tree using psychic powers, then carry it to the ocean where they will submerge it underwater.

Mob is convinced that the idea might just work but the duo decides to call Ritsu with them too. Meanwhile, at the student council meeting, Ritsu is shocked by the growing influence of the Psycho Helmet Religion as well. When his brother reaches school with Reigen and asks him to join them he decides to go with them without asking any questions. However, when Ritsu finds out about their plan, he feels that carrying the Divine Tree to the ocean will be nearly impossible. 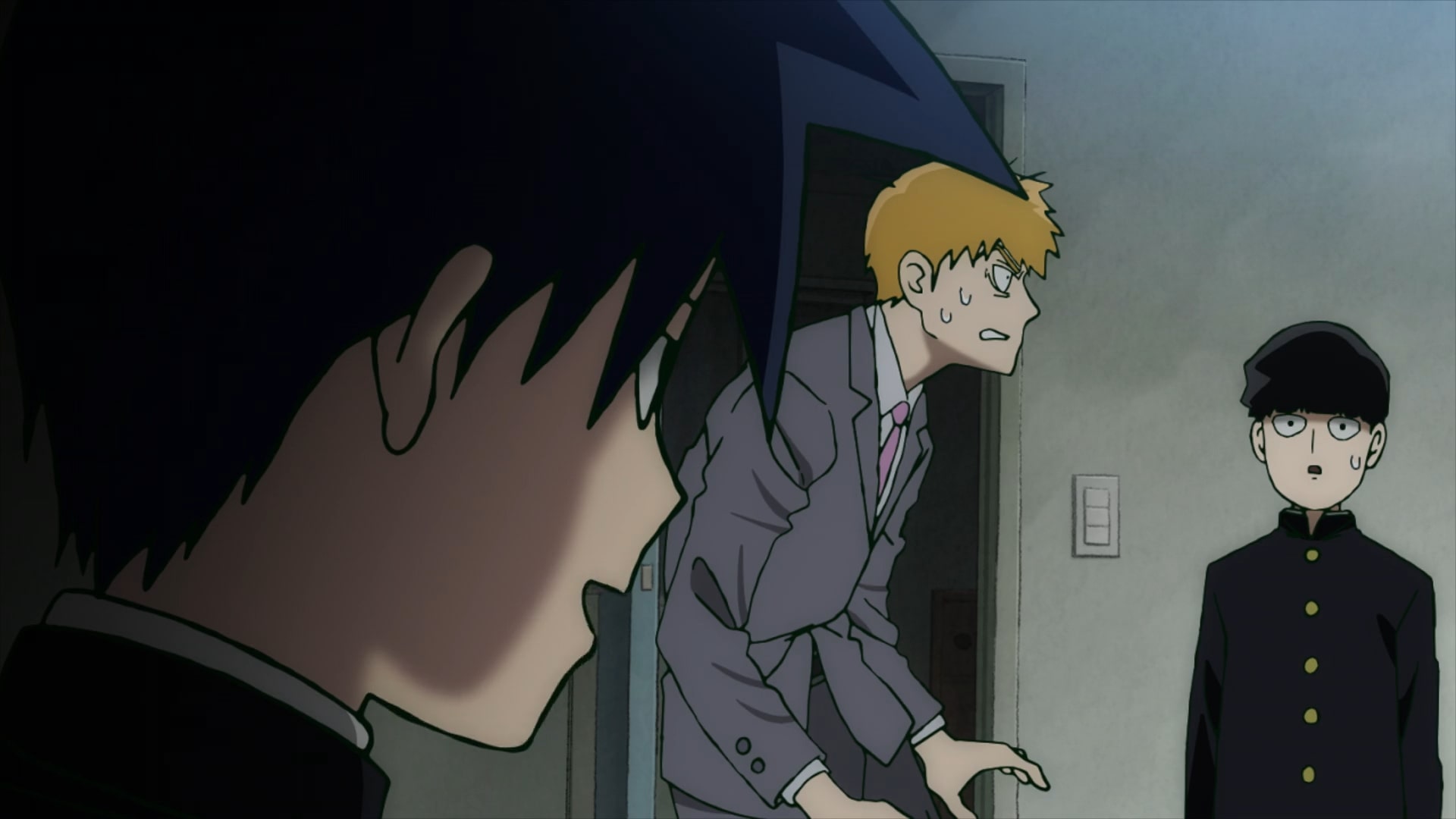 Ritsu tells the duo about the growing influence of Psycho Helmet Religion in their school. However, when he feels a strange feeling in his head, he decides to eat the candy given to him by the student council president who claimed they were made for encouraging tourism in the region. But after eating it, Ritsu undergoes a strange shift in his personality. He then leads Mob and Reigen to the Seasoning City Civic Center where he introduces them to the members of the Cult. All of them somehow know what Reigen and Mob plan to do.

Ritsu argues that the Divine Tree brings peace to everyone’s heart and the Seasoning City will never be the same without it. When Reigen enquires what lead to his sudden change of heart, Ritsu claims that he just had a feeling that everyone will be present at this location and he must protect the Divine Tree at all costs. The members of the cult soon freak out Mob and Reigen who run away from the Seasoning City Civic Center. 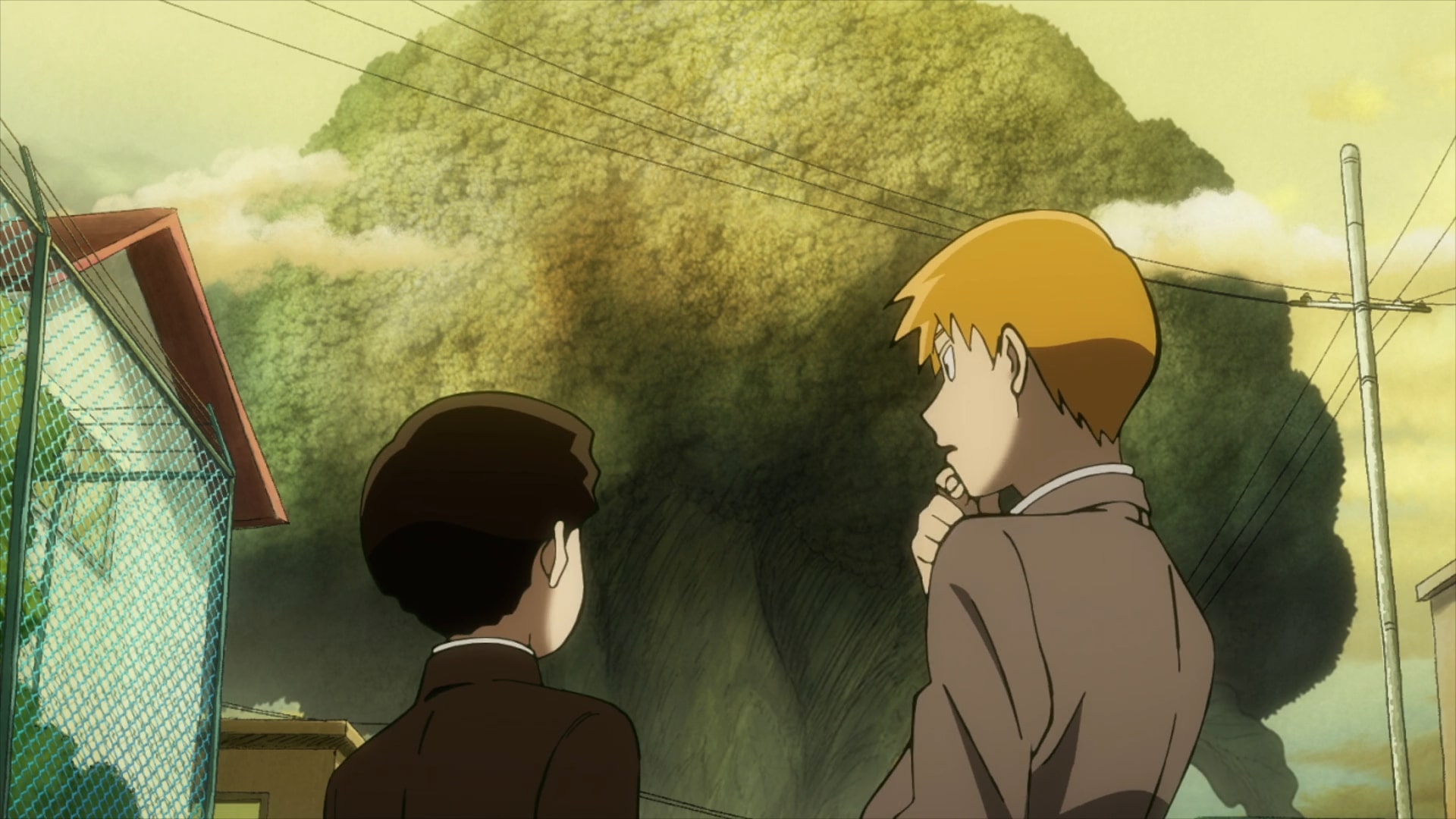 It is obvious that Ritsu is now part of the Psycho Helmet Religious Cult. But nothing could have prepared Mob for what happens next. Soon everyone on the streets starts questioning the stance of the duo regarding the cult which only scares Reigen and Mob. However, sometime later that day, Reigen starts questioning Mob about his reservations about the cult. He immediately realizes that his boss is also brainwashed now and that it’s now his responsibility to fix the mess once and for all.

How Does Mob Plan to Save His City From the Sacred Tree?

After his disappointing conversation with Reigen, Mob realizes that there is a good chance that he is now the only citizen of the Seasoning City who is not brainwashed in the influential cult of the Divine Tree. Therefore, Mob goes to the Divine Tree himself where the members of the Psycho Helmet Religion see him as the true founder and welcome him with enthusiasm and cheers. 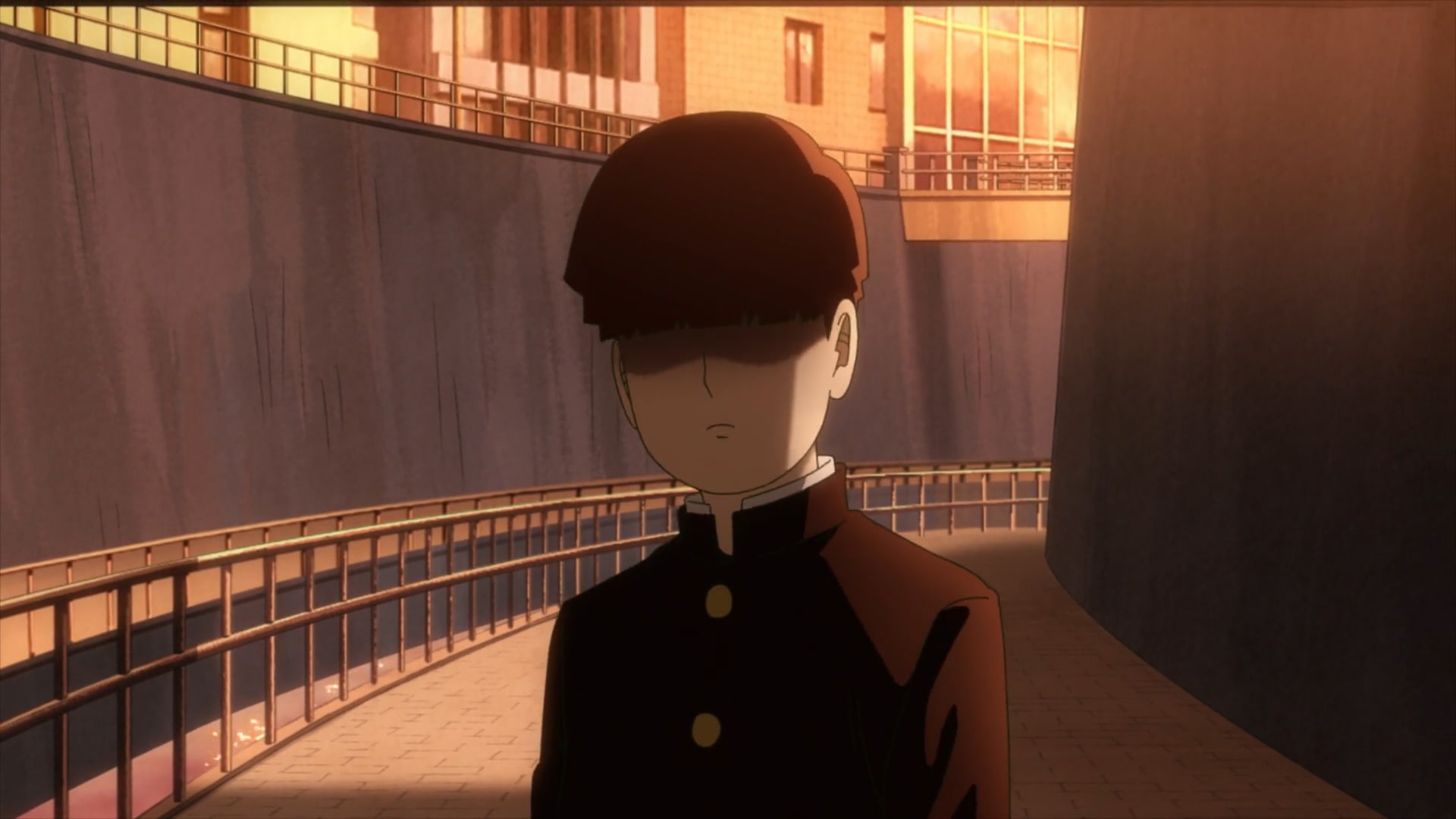 However, deep down, Mob is planning to take on the Master Psycho Helmet and end the cult once in for all. But he is clueless that Hanazawa has started fighting against the Divine Tree and its founder already. In the upcoming episode, it is expected the two friends will join hands to put an end to the Psycho Helmet Religion after defeating Dimple who is clearly only interested in the corrupting power that the Cult affords her.