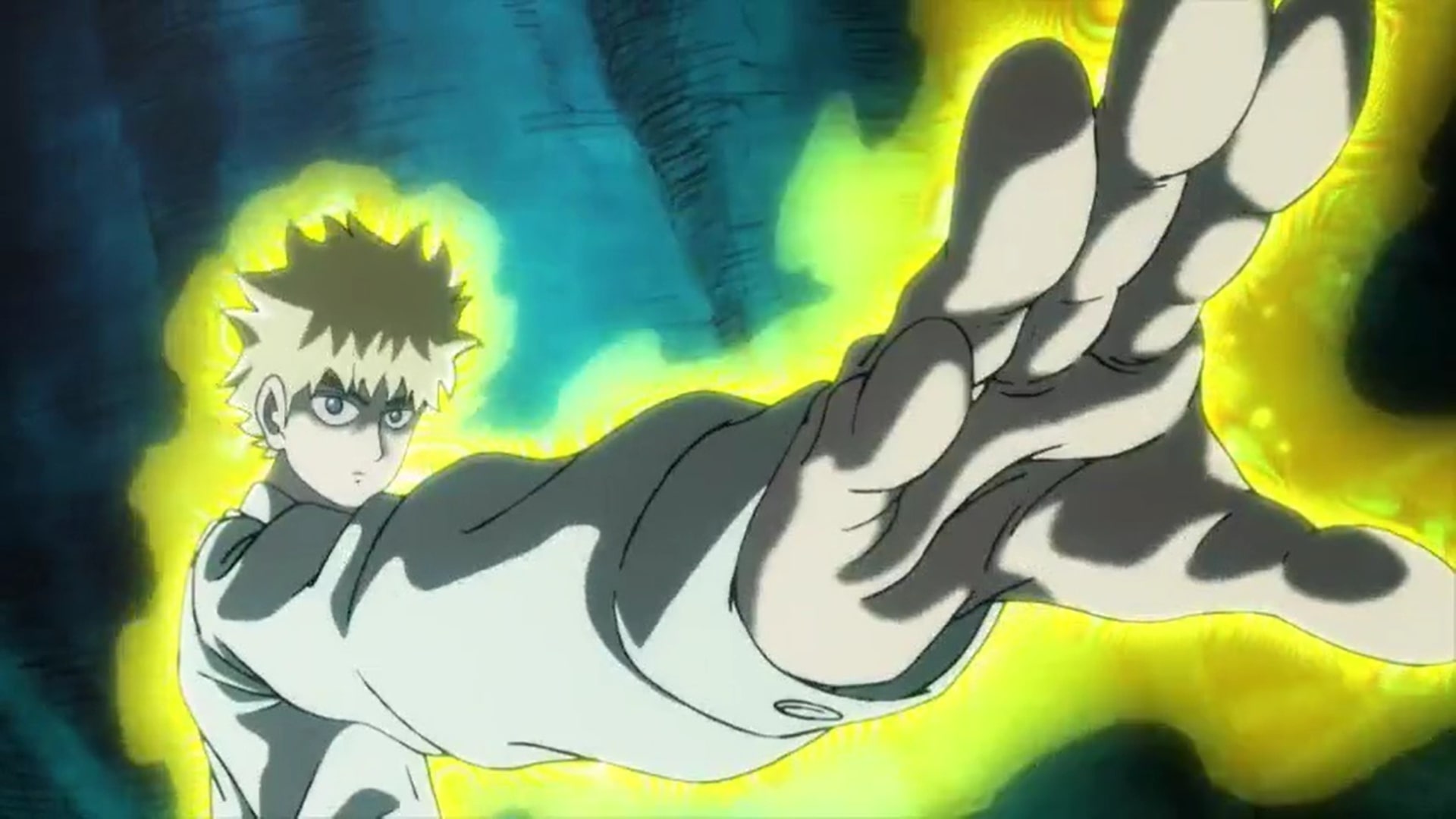 In ‘Mob Psycho 100’ season 3 or ‘Mob Psycho III’ episode 5 titled ‘Divine Tree 2 ~Peace~’ the show follows Kageyama after he decides to deal with the Psycho Helmet Cult once and for all. However, when he goes inside the Divine Tree, Mob learns that Hanazawa is also brainwashed now and Dimple is the pretentious founder who is pulling the strings behind the scenes. Here’s everything you need to know about the ending of ‘Mob Psycho III’ episode 5. SPOILERS AHEAD!

After Reigen also starts singing praises of the Psycho Helmet Cult, Mob realizes that he has had enough. At this point, everyone in the town is brainwashed except him so he decides to take matters into his own hand. He enters the Divine Tree where he finds Hanazawa and his impersonator controlled by Dimple. Mob is in no mood to waste time and asks Dimple to show himself. 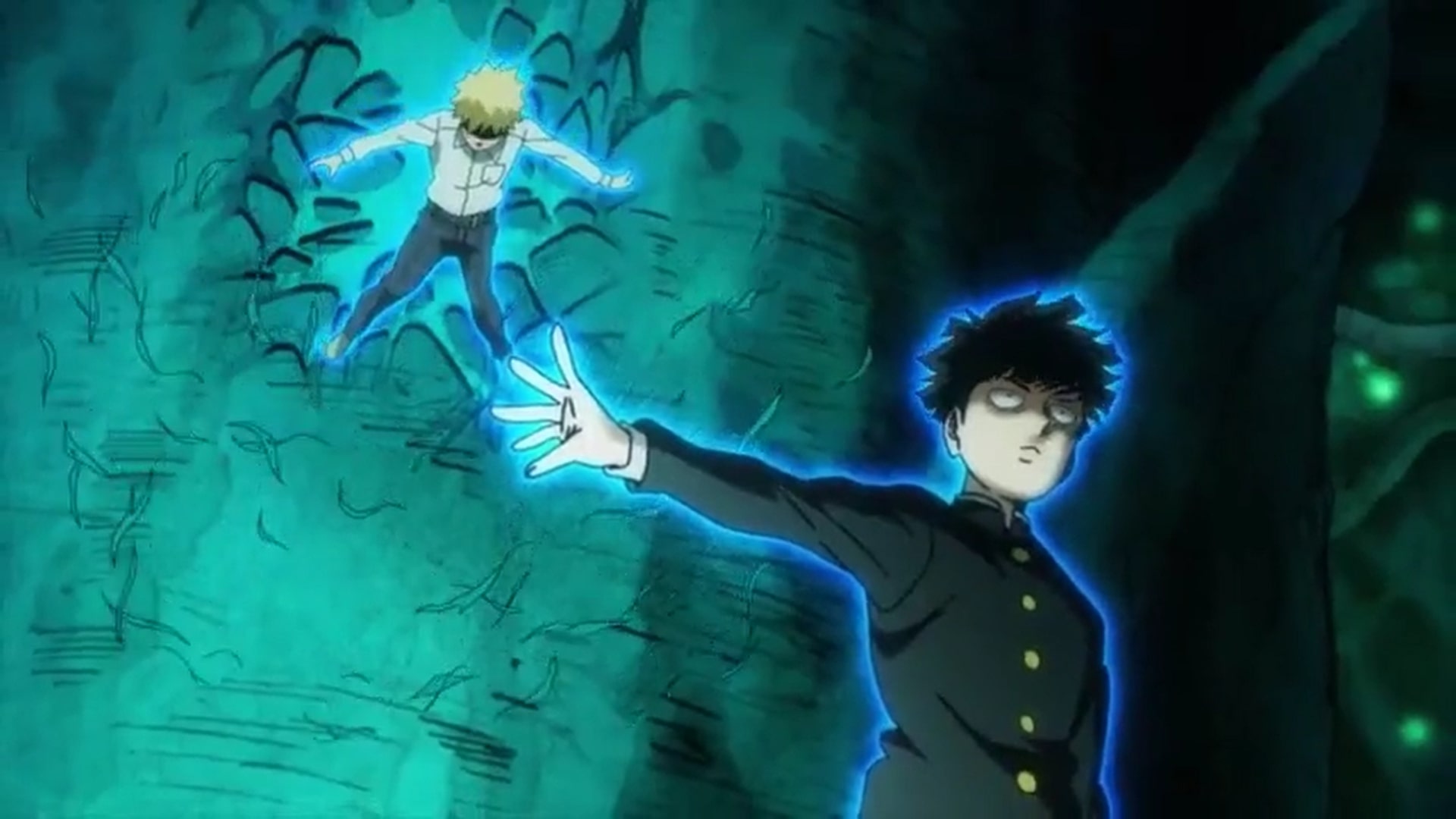 However, Dimple continues to interact with Kageyama indirectly. When asked about the reasons for running the cult, Dimple explains that he is just giving people a peaceful life where they find purpose through collaborative efforts as a community. While Dimple’s argument defending the Cult sound convincing, Mob is quick to point out that he is taking away people’s control over their lives by brainwashing them into a particular religious dogma without them ever realizing it.

Hanazawa, who is also brainwashed at this point, jumps to defend the cult as well. When he resorts to fighting, Mob tosses him out of the Divine Tree by opening a huge hole in the bark. Now he is left alone there with Dimple who shows up after Mob’s impersonators put up a fight against him.

When Mob and Dimple finally meet in the Divine Tree, the former asks the latter to undo the brainwashing of his peers and confesses that he could not figure out how he managed to do it. Dimple explains that in the first step of the process, he got people of the town to either directly touch the tree or somehow ingest part of it. The physical contact established through this helped him enter the minds of the innocent people who were clueless about the whole scheme. 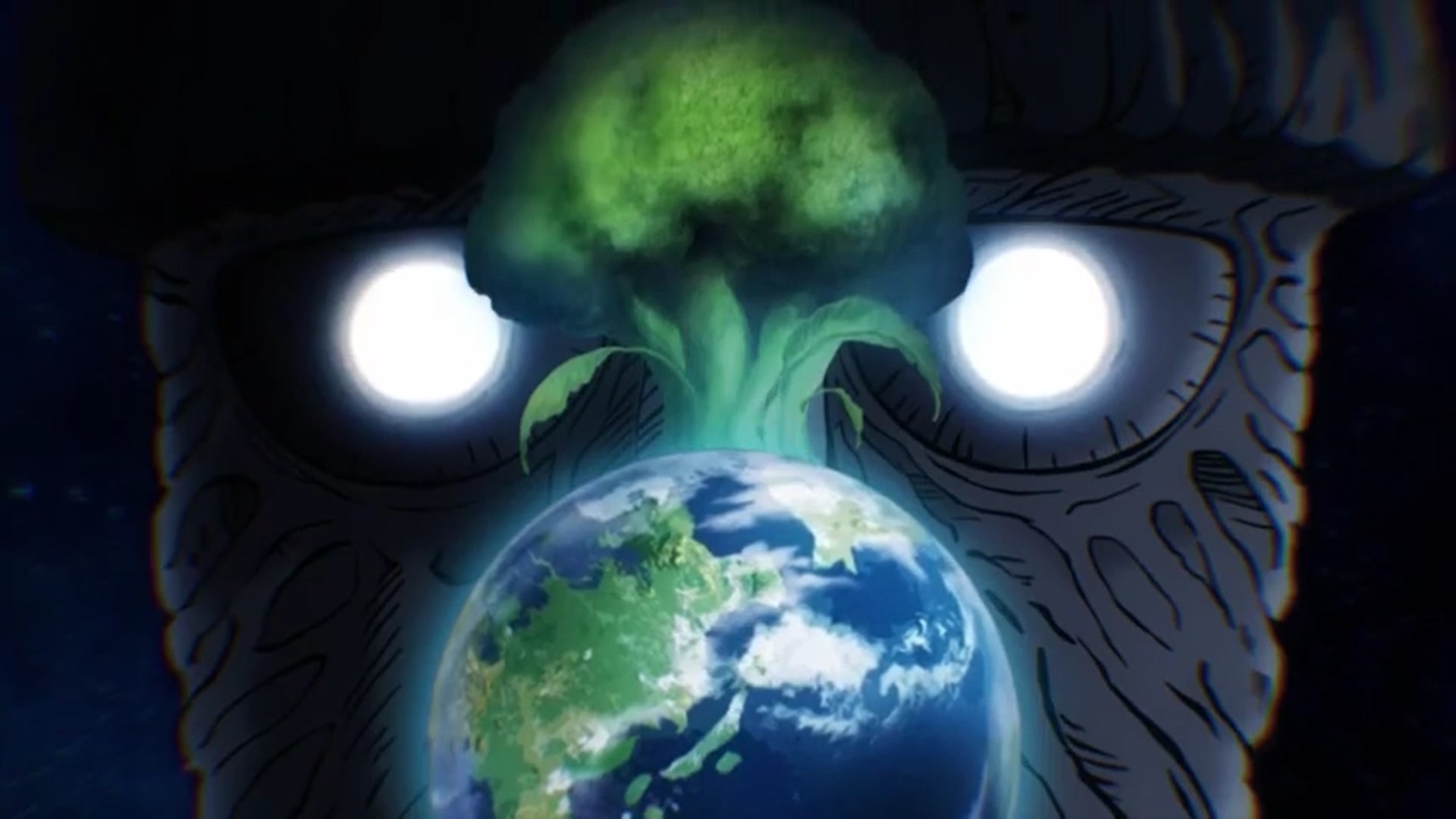 If there were people left behind in the first step, they were then deliberately influenced by the passion of the masses- something that worked extremely well in the case of Reigen. Now in the final stage, the current spread of the Psycho Helmet Religion will also take root in other parts of the world and soon it will become a worldwide phenomenon with Dimple as the new God.

Is Dimple’s God Form Too Powerful for Mob?

After Dimple mocks Mob about Tsubomi and states that he would never be good enough for her, the latter naturally starts losing his cool. He goes on to mock Kageyama and then he finally shows up right in front of him and claims that he no longer poses any threat to him. Mob has been very silent until now but he suddenly snaps. He then proceeds to slam Dimple on the ground multiple times and does not stop until help arrives for his enemy. The humiliating beatdown infuriates Dimple who takes the God Dimple form to intimidate Kageyama. 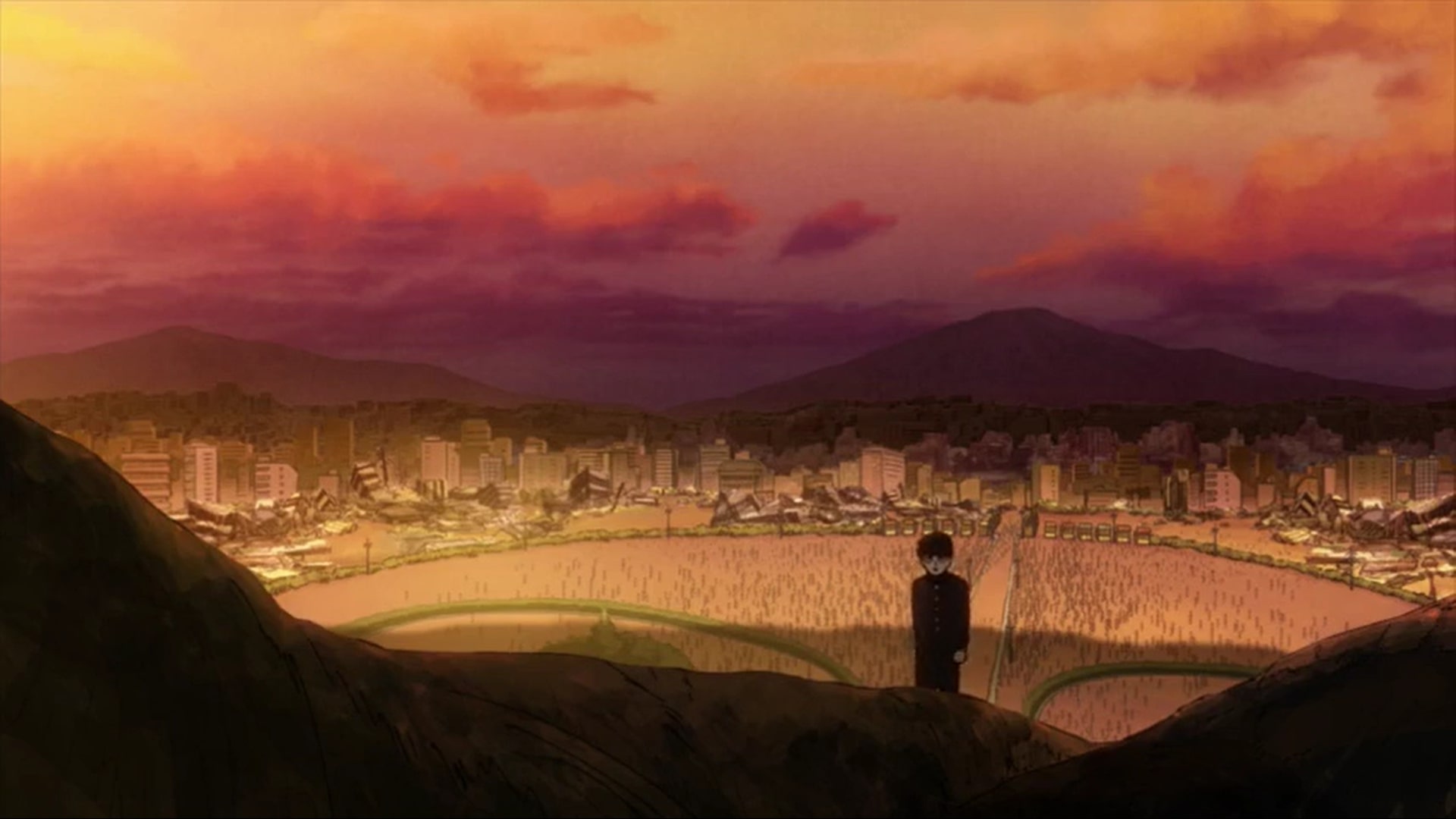 In the next few moments, he shows off some of his powerful attacks- injuring Mob in the process. While it may seem that Kageyama is losing the fight, when Dimple eventually looks at his face, he realizes that he is only getting angrier. Overcoming his fear, Dimple proceeds to attack and brutally beat up Mob leaving him motionless on the ground. She recalls Kageyama’s previous fights and concludes that even though he is strong, his powers are eventually finite.

Since the Divine Tree continuously draws powers from his body, it goes without saying that Mob will be eventually too weak even for Dimple. Even though he has just been beaten up, Mob somehow musters all his courage and stands on his feet again. When he mocks Dimple and his God status, he loses his mind and uses the godly beam. The attack destroys everything near Kageyama and he is lost in the black fumes. Dimple feels that he used too much and starts to worry about Mob’s well-being. 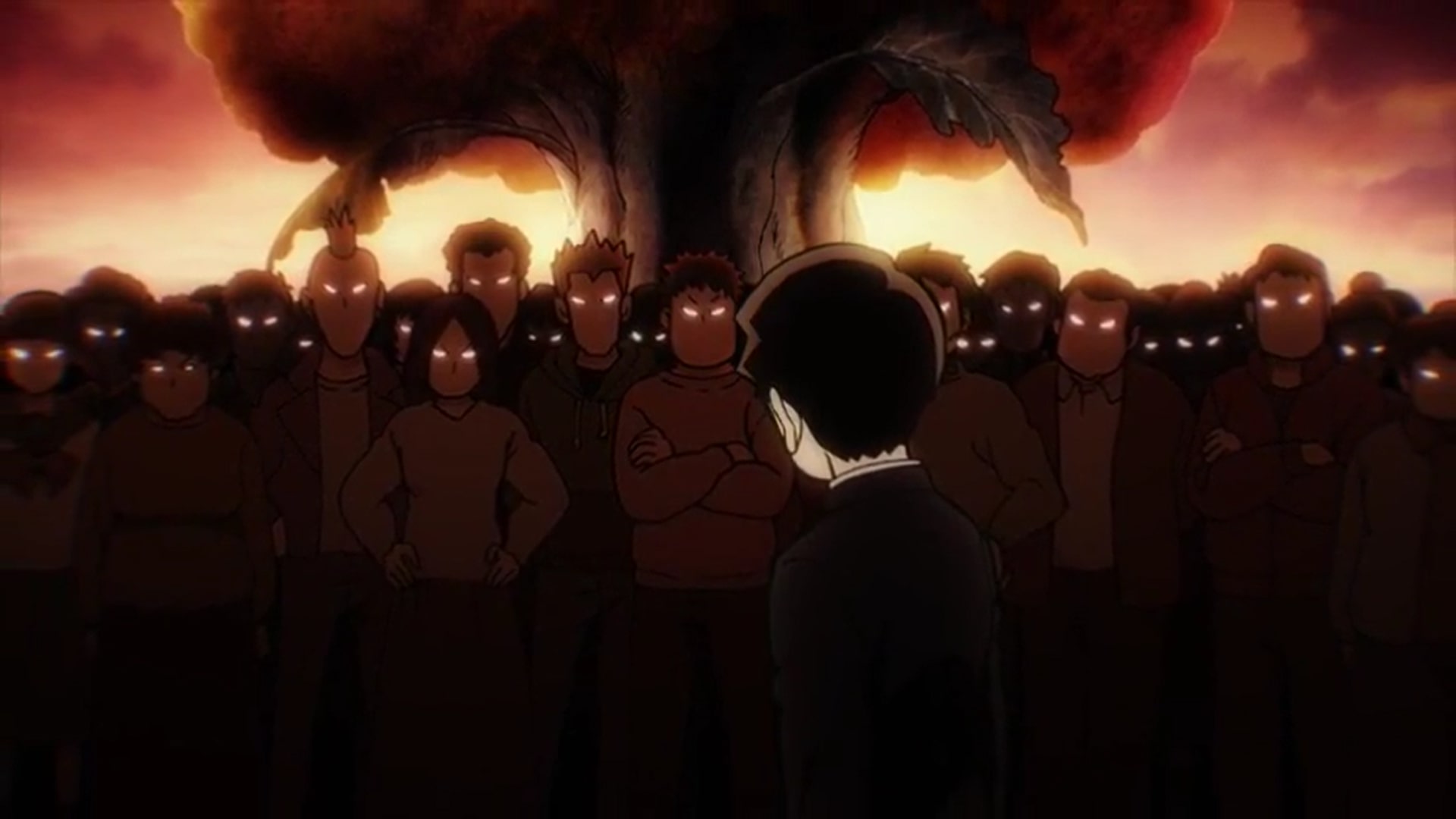 But the titular protagonist emerges from the dust looking even more determined than ever before. So far Dimple has thrown everything she can on Mob, but he continues to show restraint and always comes out from tough situations like nothing ever happened. This just goes on to prove that Dimple’s God form is not too powerful for Kageyama, who is able to stand his ground and has not even used 100% of his abilities.