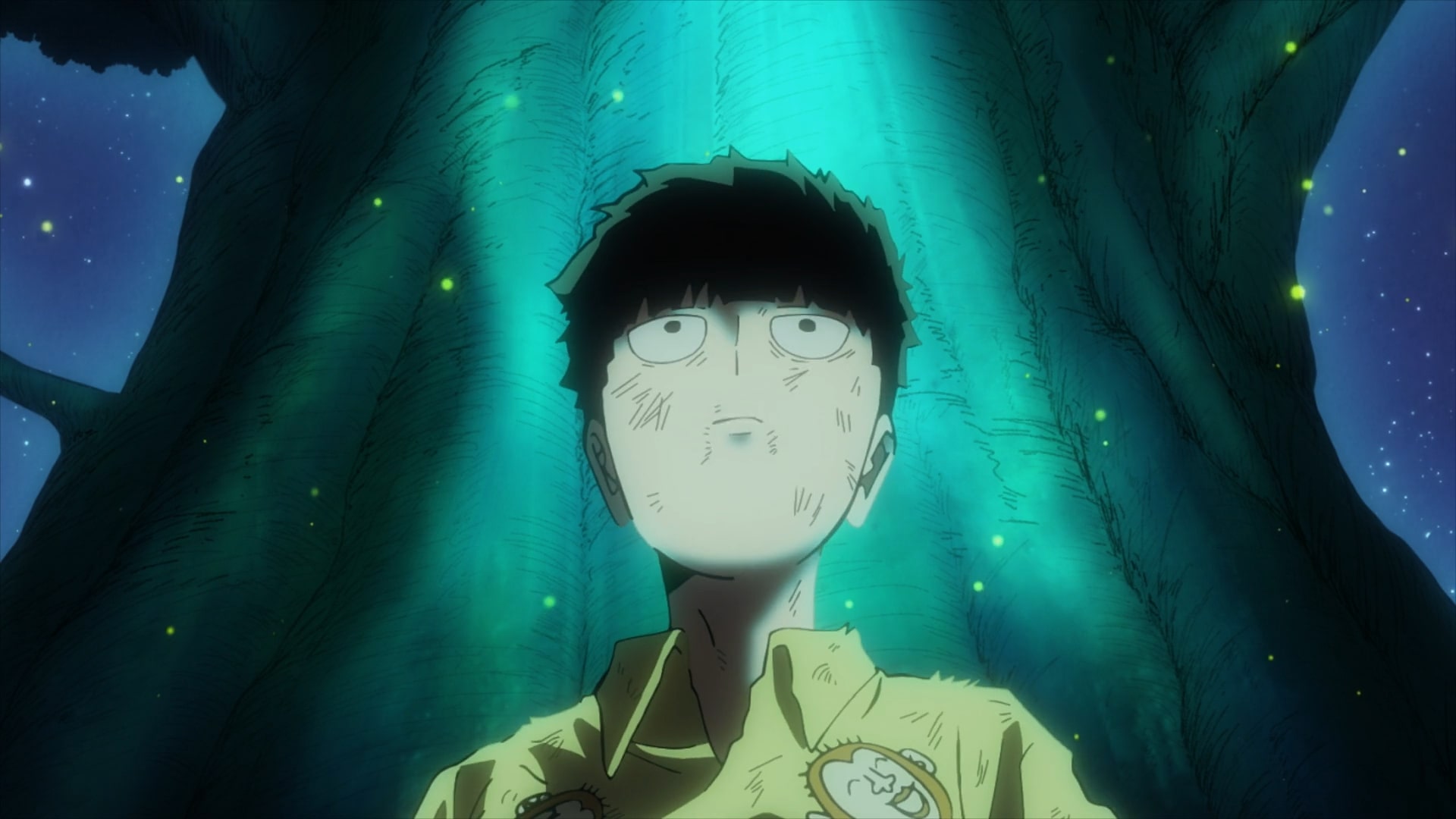 In ‘Mob Psycho 100’ season 3 or ‘Mob Psycho III’ episode 6 titled ‘Divine Tree 3 ~Dimple Is~’ the titular protagonist starts seeing Dimple in a new light and instead of fighting him decides to trust him that they can sort things out by having a heart-to-heart conversation. It turns out to be the right call as Dimple ends up listening to his frenemy and has a change of heart. Unfortunately, things take a turn for the worse when Psycho Helmet becomes an entity on its own. Here’s everything you need to know about the ending of ‘Mob Psycho III’ or ‘Mob Psycho 100’ season 3 episode 6. SPOILERS AHEAD!

As Mob and Dimple are fighting, the yellow shirt that the former is wearing gets accidentally revealed. Dimple does not hide his opinions and immediately mocks Mob for wearing something that horrible. At that moment, Mob appears to feel the warmth and honesty of a friend and decides to do something unexpected. He stops using all his powers and becomes completely vulnerable in front of Dimple, confident that he won’t hurt him. 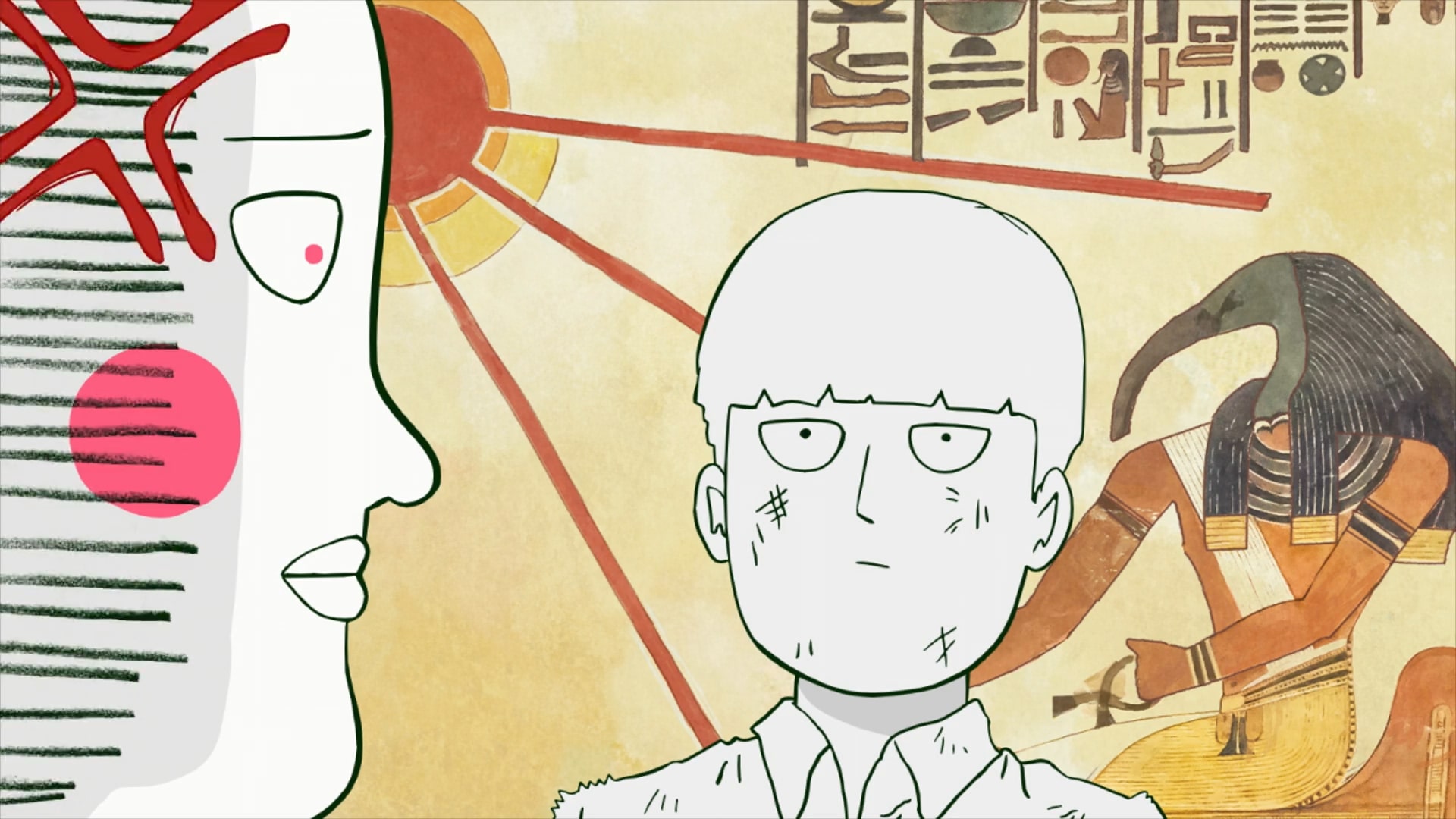 When Mob explains his faith in their friendship, Dimple initially appears reluctant and refuses to listen to him. He talks about his fantasies of ruling the world. But Mob is somehow accepting of his wild dreams and asks him to talk more about them. Suddenly Dimple feels that even though he is on the cusp of achieving everything he has ever wanted, it does not seem as fulfilling and satisfying as he had imagined it to be.

As he introspects further, he thinks that Mob despite his strange nature has always been someone he admires deep down. This leads to the further conclusion that Dimple probably just needed a friend all this time. When Dimple finally accepts this possibility, he decides to let go of his plans of becoming a God. The two friends decide to return home and leave everything behind.

With Mob no longer strong enough to walk on his own and slowly drifting into sleep, Dimple decides to give him a piggyback ride back home. However, as they are trying to get out of the Divine Tree, Dimple is stopped by Psycho Helmet. He came into existence when the roots of the Divine Tree were merged with Dimple. Psycho Helmet was always under the influence of Dimple and acted as his extension to achieve the goal of becoming the god of the modern world. 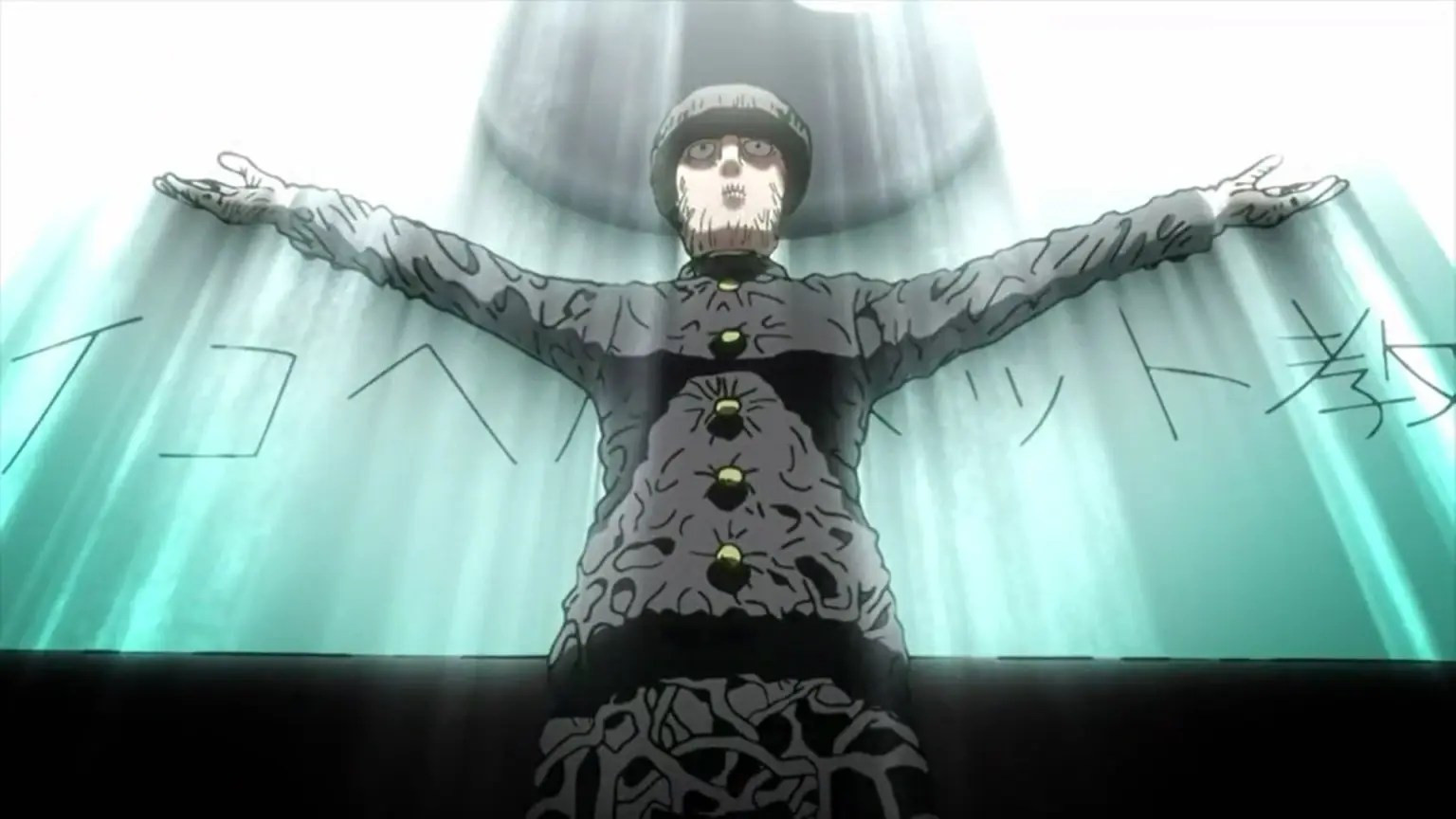 But when Mob managed to talk to him about his unreasonable fantasies and dreams, Dimple relinquished control of the Divine Tree. Unfortunately, that allowed Psycho Helmet to become an entity on his own. To make matters worse, the dreams of becoming the god of the modern world still remained deeply entrenched in him and the sentient Psycho Helmet now wanted Dimple to leave behind Mob so that he can be a nutrient for him and the Divine Tree.

Naturally, Dimple refused to let his friend down who obviously was not in a state to defend himself. Dimple soon comes to the conclusion that the Divine Tree has absorbed his feelings and those of his followers. That allowed it to gain consciousness and that consciousness then took on the personality of Psycho Helmet which was in Dimple’s control until now.

Is Dimple Dead? What Happens to the Divine Tree?

Since Dimple refuses to give Mob to Psycho Helmet, the two end up having a fight. The latter manages to multiply thanks to his immense powers and captures the unconscious Mob. Dimple realizes that threat posed by Psycho Helmet is not only to Mob but to the world at large. Therefore, he starts to oppose him with more intent. Unfortunately, Psycho Helmet’s powers are so immense at this point that he continues to multiply until Dimple is surrounded by countless copies of him. 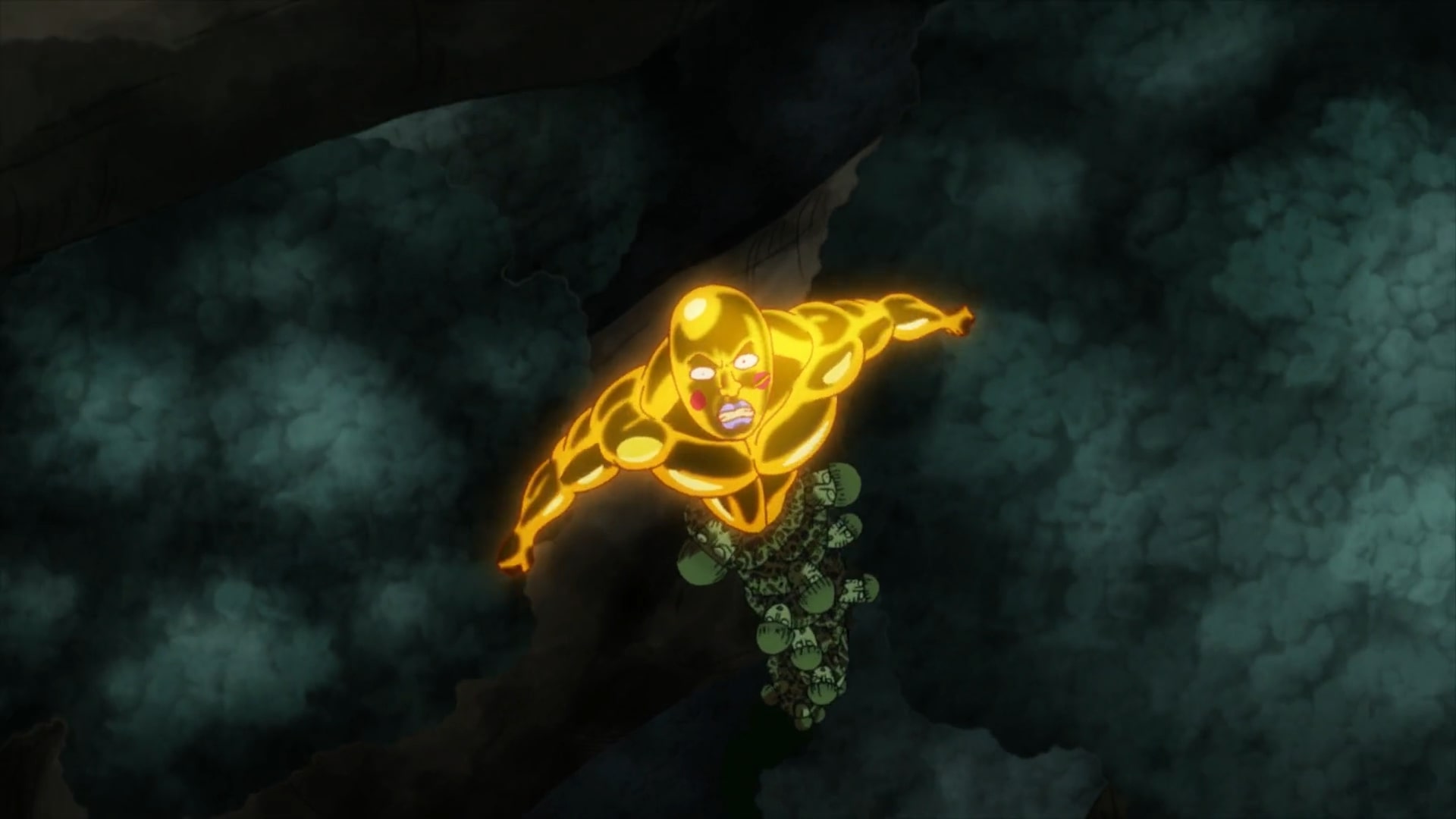 The fight soon appears to take a turn for the worse as Psycho Helmet beats up Dimple. At this point, Dimple realizes something critical. Just like Mob, his own powers are quickly draining away and if this continues then he too will be too weak to fight in some time just like Mob. The only way to avoid such a fate is to take the battle outside the Divine Tree and that’s exactly what Dimple does. As countless Psycho Helmets hang from his leg, he uses the godly beam to open a hole in the Divine Tree.

Once outside, the fight becomes very intense and despite the pressure, Dimple does not back down. Psycho Helmet and Dimple go berserk and try to kill each other. After an intense battle, Dimple wakes up Mob and asks him if he could walk back home. It turns out that he is too weak so he brainwashes him into doing it. Despite the injuries, Dimple puts on a brave face as the two friends part ways- one of them not knowing that this could be the last time they see each other. Once Mob has made his way back outside the Divine Tree, Dimple gets devoured by the Psycho Helmet. 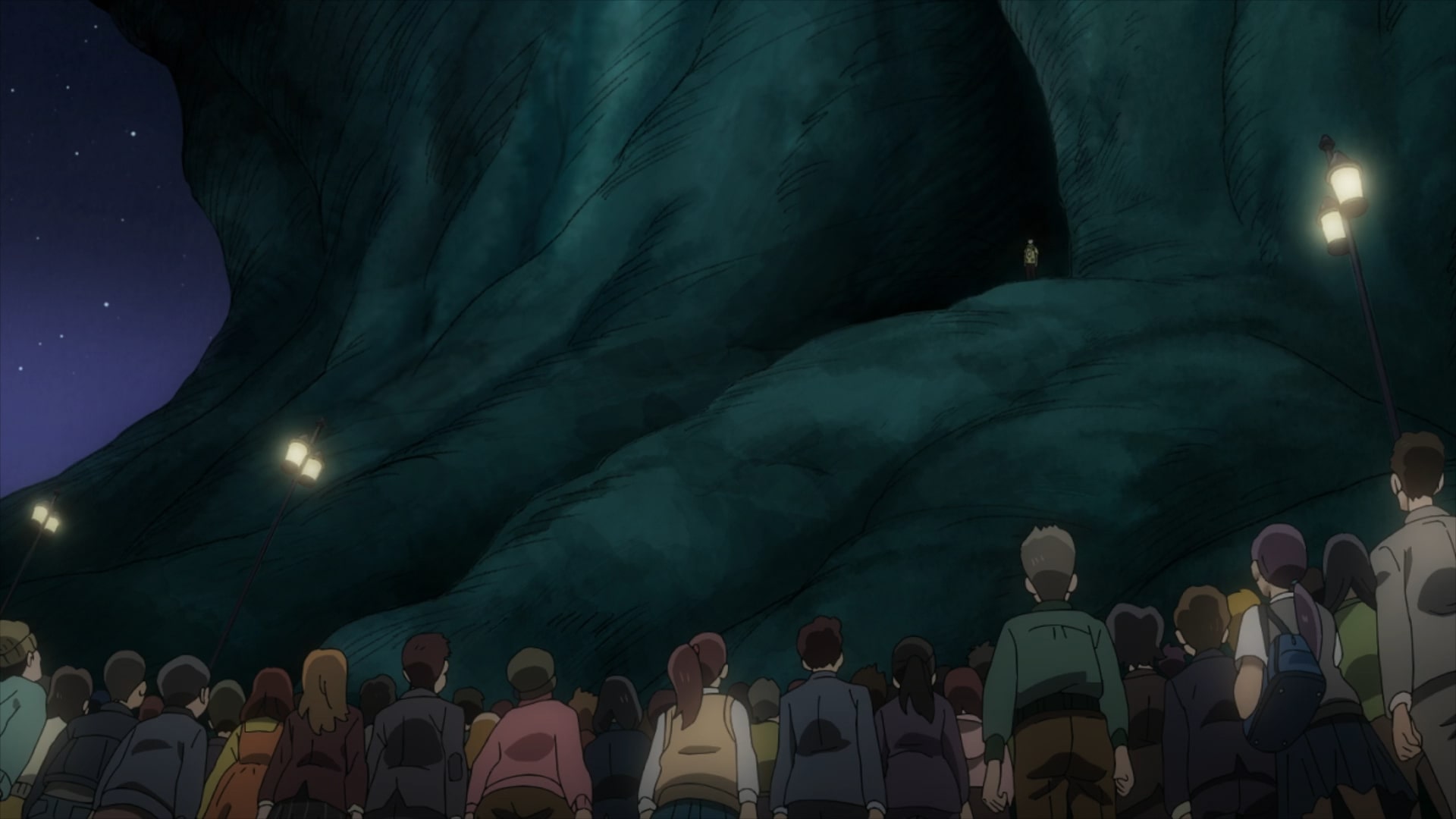 It is soon revealed that Dimple used the last ounce of his power to take the Divine Tree into space. The residents of the Seasoning City including Mob experience mass amnesia following these events. However, later that night, Mob cries while sleeping in his room and thanks Dimple for being his friend. It is clear beyond reasonable doubt that Dimple dies while fighting Psycho Helmet and trying to save the world. But there is a twist to the entire saga. Although he is dead now, Dimple will later be resurrected in the ???% Arc- which will serve as the final storyline for the anime.