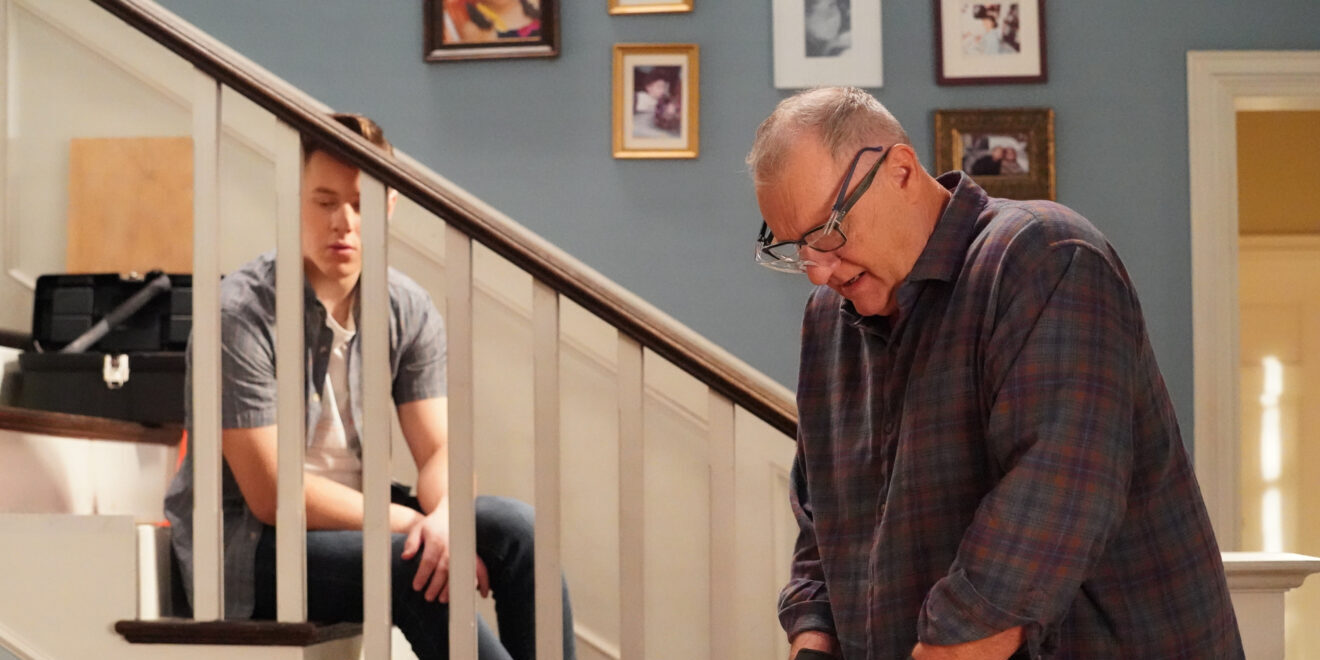 After entertaining the viewers for almost a decade, the curtains are closing on ‘Modern Family.’ Revolving around the complex lives of the Pritchett-Dunphy-Tucker clan, the Emmy Award-winning mockumentary sitcom is in its eleventh and final season. So far in Season 11, we have seen a concerned Phil rushing to Florida to find Frank, roaming around his old store, unaware of his whereabouts. The father and son spend some quality time together, following which, Frank passes away. As Claire is no longer satisfied with her work, she quits her job and is on the hunt for another. Mitchell and Cameron host a Christmas dinner where things go awry, but it ends on a heartwarming note.

In the last episode of the family sitcom, i.e., Episode 15, Cam and Mitch finally make a firm decision on whether or not they want to adopt a baby. Oh, and Gloria proves that she is actually a good real estate agent. It’s been a while, yes? Need a recap? Head to the end. Want to know what happens in the upcoming episode – ‘Modern Family’ season 11 episode 16? Keep reading!

You can watch ‘Modern Family’ season 11 episode 16 by tuning into ABC on the above-mentioned timeslot. However, with a cable provider’s login, the show can be watched on ABC’s official website or ABC app as well.

You can also watch the episode live if you have a Hulu plus Live TV subscription or one with Fubo TV, YouTube TV or DirecTV. Other than that, the episode can also be streamed on Hulu after it has been aired on television. Moreover, specific episodes can be rented/bought on Amazon Prime Video as well.

The upcoming episode is titled ‘I’m Going to Miss This.’

It’s going to be an emotional episode. After agreeing on adopting a baby, Mitchell might struggle to leave his old life behind and come out as a more confident and determined man, who is ready to add a new member to his family. Gloria might help his step son to bid adieu to his past and embrace the present, for a better future. As Claire and Phil are gearing up for their trip, Haley, Luke and Alex might plan on throwing a party at the Dunphy house. Dylan’s mom might lend a helping hand by offering to look after the twins for the night. The episode might feature a cameo from guest star Jon Daly as Doug.

In the episode, Claire, who is on the verge of losing her patience by sitting idle, is desperately seeking a job. Therefore, she eyes for the VP Senior position in the organism incorporation. On learning that Luke has injured himself while using the broken step, Phil calls Jay to help him out. Unfortunately, Claire gets stuck, and to compensate for her time, Jay and Phil try to boost Claire’s confidence but in vain as the interview goes terribly wrong.

Meanwhile, at the Caltech event, Arvin’s students slam Alex’s idea. A dejected Alex comes across Haley, who is looking for a seasoned scientist for Nerp. The highlight of the episode has to be the whole “baby” sequence in which Mitchell and Cameron go back and forth on their idea of adopting a baby. Using her exceptional skills, Gloria gives Mitch and Cam a house tour, and they finally decide to relieve the stress and call up the adoption agency, announcing that they’re ready for a baby. Gloria is elated as they also accept her offer to buy the house.

We wonder how Lily Tucker-Pritchett would react to the adoption news, as she has always been straightforward with her lack of interest in having a sibling.