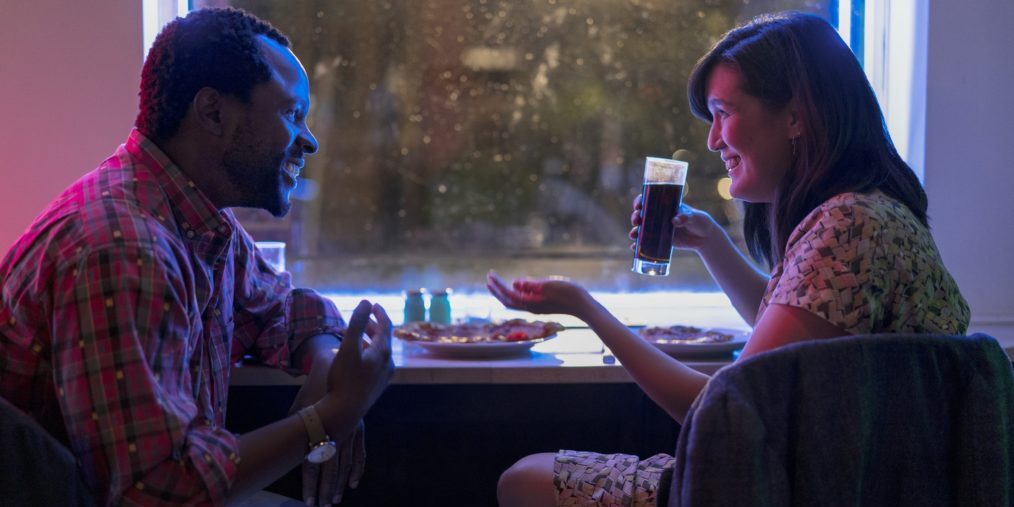 Written by Sarah Heyward and directed by a team comprising John Crowley, Marta Cunningham, and Jesse Peretz, the second episode of the sophomore season of acclaimed romantic comedy anthology series ‘Modern Love’ is a heart-warming tale of an unlikely love story. The series contains bite-sized tales of poignant and endearing romance.

Titled ‘The Night Girl Finds a Day Boy,’ the episode’s story follows the emotive tale of two protagonists, Zoey, the night girl, and Jordan, the day boy, coming together. The differences in circadian rhythm result in differences of interest, but do they come together in the end? Gbenga Akinnagbe and Zoe Chao act with poise in the central roles. If you seek to revisit the story’s final moments, let us guide you to the epiphany. SPOILERS AHEAD.

Jordan is out dining with his friends in a food joint. Jordan asks for cream from a girl sitting next to him and gathers enough courage to give his number to the girl while not looking creepy. The girl we come to know is Zoey, a vampire minus the fangs. She sleeps during the day and stays up all night due to a circadian rhythm sleep disorder that messes with her sleep-wake cycles. Jordan, however, loves the morning and is very much a daytime person. They steal hours at dawn and dusk to meet each other, and that works well, for a while at least. 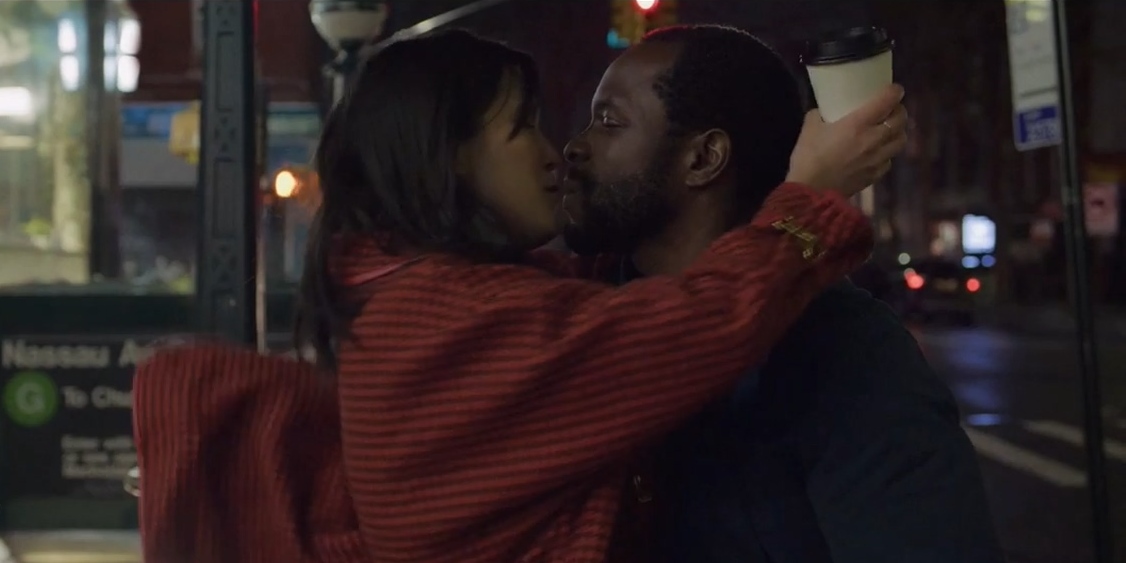 Their lives are organized around their different sleep-wake routines, and they find themselves in a precarious position as one’s convenience becomes another’s hindrance. Jordan asks Zoey to meet his mother for lunch, but Zoey misses the appointment. She later meets Jordan and his mother to bid farewell, but the couple winds up in a nasty brawl. It is seemingly over between them, but the final moments see the early light of the day shining through their blooming romance. After a stint with another woman, Jordan drops a message on Zoey’s phone. They decide to meet, bringing the story to its destined end.

Modern Love Season 2 Episode 2 Ending: Do Zoey and Jordan End Up Together?

Zoey and Jordan are two of our ordinary protagonists with extraordinary lives. Like countless other tales of love, Zoey and Jordan’s love story is also a chance occurrence. They meet each other at a diner, exchange numbers, and begin dating. But the honeymoon phase wanes, Jordan finds himself sleepless, and Zoey’s vampiric disposition hinders the romance. Zoey is an eccentric and independent person, but Jordan coaxes Zoey to live her life in his time. That is not an ideal choice since synchronicity in love only comes when the inner and outer worlds are cohesive and not conflicting. The episode in the restaurant is a great way to show the contrasting characters of Jordan and Zoey.

Zoey’s idiosyncrasy came to the fore when she orders scrambled eggs and bacon in a gourmet restaurant. And she breaks down the procedure by deconstructing dishes from the restaurant menu to aid the waiter. Jordan is a people person, so he goes to apologize to the waiter for the episode. When Zoey misses the meeting with Jordan’s mom, that is seemingly the last straw for Jordan. But as it turns out, destiny has bigger plans for the couple. Jordan begins dating another girl and finds himself in the position of the pushover. Time away from Zoey makes Jordan understand her place in his life. And one fine evening, the couple decide to meet in their usual place. Old sparks flame in vampire smileys, and Jordan proposes Zoey move in with him. Finally, the romance ends on a comic note.

How Does Zoey’s Fairy Tale End?

In the story’s final moments, Zoey tells Jordan the fairy tale of the night girl and the day boy. As the story goes, once upon a time, there lived a witch who performed sinister magical experiments on unassuming children. The witch places two children in captivity and allows the boy to see the day while the girl roams in the night. One day, the boy stays awake longer than his bedtime, but he is terrified of the darkness. In the meantime, however, the boy gets to meet the night girl, who comforts him.

The night girl makes the day boy understand how gentle the night can be and asks him to fall asleep on his lap while promising to keep an eye on him. But suddenly, it is daytime, and the night girl is blinded by the scorching sun. She is afraid of the day and its people. Jordan intently asks Zoey how the story ends. Zoey replies that the day boy, now awake, takes the night girl, now asleep, in his lap and walks the path. In a re-enactment of the fable, we see Jordan carrying asleep Zoey in his arms through the city. In a story of binaries, it is curious that the tale ends in nascent daytime. The early dawn suggests the early walks of Jordan and Zoey’s deepened relationship.